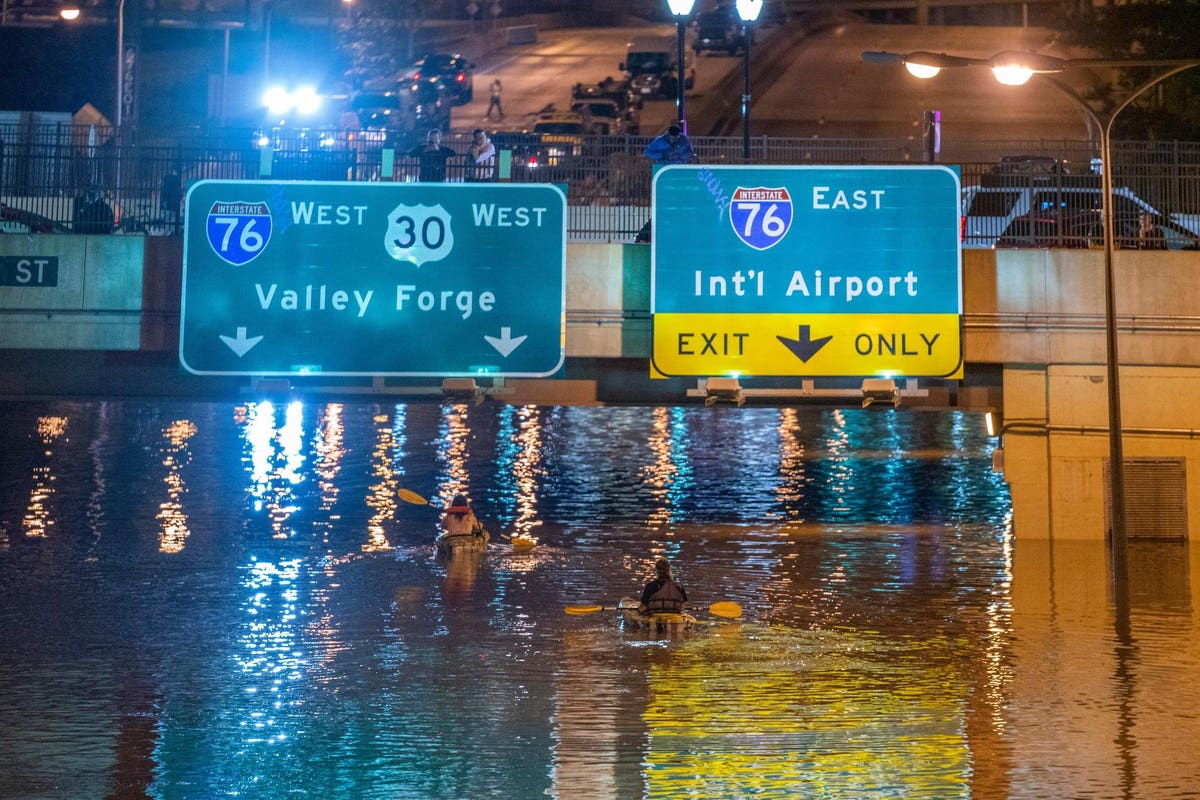 From the Louisiana coast to New York City, thousands of Americans experienced Hurricane Ida’s destruction, especially from the epic rainfall and related flooding. This storm brings to light a new era of hurricanes being fueled by warming sea waters. Looking at Ida, it’s apparent that there is a lot to know about this hurricane—particularly the impact of climate change and how it is changing our perception of what constitutes a hurricane threat.

With only four other hurricanes ever to hit land with stronger winds, Hurricane Ida made landfall with sustained winds of 150 mph near Port Fourchon, Louisiana, at 11:55 a.m. on August 29 as a strong Category 4 hurricane. The storm then spent much of last week moving northeastward and dropping significant rainfall along the way.

While the strength of Ida at landfall was extraordinary, it is likely that the rain associated with Hurricane Ida will be what it’s remembered for and potentially serves as an example of typical future storms.  A recent report published last month by the Intergovernmental Panel on Climate Change, specifically points out that hurricanes are intensifying because of climate change. The researchers say that hurricanes will become more powerful, move more slowly over land, and the storm’s resulting rain will often cause more damage than the wind we typically associate with hurricane devastation.

Hurricanes draw their fuel from warm ocean waters, and the sea surface temperatures have steadily increased during the 20th century and continue to rise. From 1901 through 2020, temperature rose at an average rate of 0.14°F per decade.

For a tropical storm to form, the warm water evaporates and rises, and as it condenses, its releasing heat, creating the storm’s rotation. As a hurricane’s winds circle around the eye, they blow across the ocean surface, driving faster evaporation and feeding even more energy into the storm. Typically, when the hurricane hits land, it loses this fuel source and begins to weaken and eventually fall apart. But when the land includes a warm, moist body of water —or swamp in the case of southern Louisiana — a storm like Ida has a moisture source from which to draw, allowing it to retain its strength as it moves inland.

The heaviest rain from Ida fell where the storm met the coasts.  It was heaviest where the hurricane made landfall on the Gulf Coast and then seven days later when the storm travelled along the mid-Atlantic coast, particularly around New Jersey, where an old frontal boundary in place enhanced the rainfall amounts. There were several areas that received more than 10 inches of rainfall from the storm.

The rain was so extreme in New York that, for the first time, the city issued a flash-flood emergency alert, as did cities in northeastern New Jersey, a warning reserved for the most extreme and dangerous rainfall conditions. The Automated Surface Observing Systems  at New York City Central Park and Newark Liberty Airport measured phenomenal short-duration rainfall amounts as the remnants of Hurricane Ida passed over the area.  Putting these rainfall amounts into a statistical perspective indicates the 2-hour total at Newark correlates to about a 1 in 1000 chance in any given year. Meanwhile, the 3-hour total of 6.42″ exceeds the 1 in 1000 chance in any given year by about 10 percent. That extreme rainfall brought one of the busiest cities in the world to a standstill, closing businesses, events like the U.S. Open and public transportation.

In the South, where the Gulf of Mexico accounts for 16% of total U.S. crude oil production and 54% of operable U.S. refining capacity and offshore crude oil producers dealt not only with the risk mitigation of operations and personnel by shutting down production and pulling staff from offshore platforms, but also had inland assets impacted by the storm as well.  Energy companies are now evaluating the damage of facilities hit by the storm and deal with power outages and flooding-related logistics interfering with the safe restarting of oil and gas processing plants.

The rainfall also had a big impact for much of the agriculture industry in the south. Open cotton bolls and desiccating soybeans were exposed to the risk of flood and wind damage brought about by Ida. Prior to the storm’s landfall, much of the Louisiana and Mississippi cotton crops were in open boll stage. Strong winds can knock the cotton bolls from the plant and heavy rain can damage the exposed cotton. Soybean plants also experienced some dislodging of pods but overall, the damage appears less than that of cotton crops. In addition to the crop damage, there were several grain elevators storing corn and soybeans that sustained significant damage as well.

As climate change influences a hurricane’s potential for extreme conditions, coastal communities will have to adapt for more extreme rainfall and the related flooding. Having access to real-time insights will help businesses and others reduce risk potential and modify plans to minimize interruptions and damage.

Denial of responsibility! TechCodex is an automatic aggregator of the all world’s media. In each content, the hyperlink to the primary source is specified. All trademarks belong to their rightful owners, all materials to their authors. If you are the owner of the content and do not want us to publish your materials, please contact us by email – [email protected]. The content will be deleted within 24 hours.
AmericansClimate ChangeClimate Change Fuels Catastrophic RainfallHurricane IdahurricanesLouisianaNew York Cityweather
0
Share

WarioWare: Get It Together! review: fantastic mini-game mayhem with a multiplayer twist

DJI OM 5 review: A great gimbal at a high price

You can start the process of setting up your Pixel…

Ana De Armas Reveals Why She Was Not All That…

Bayonetta 3 Sees Jennifer Hale as the New Voice of…

The best mechanical keyboards of 2022