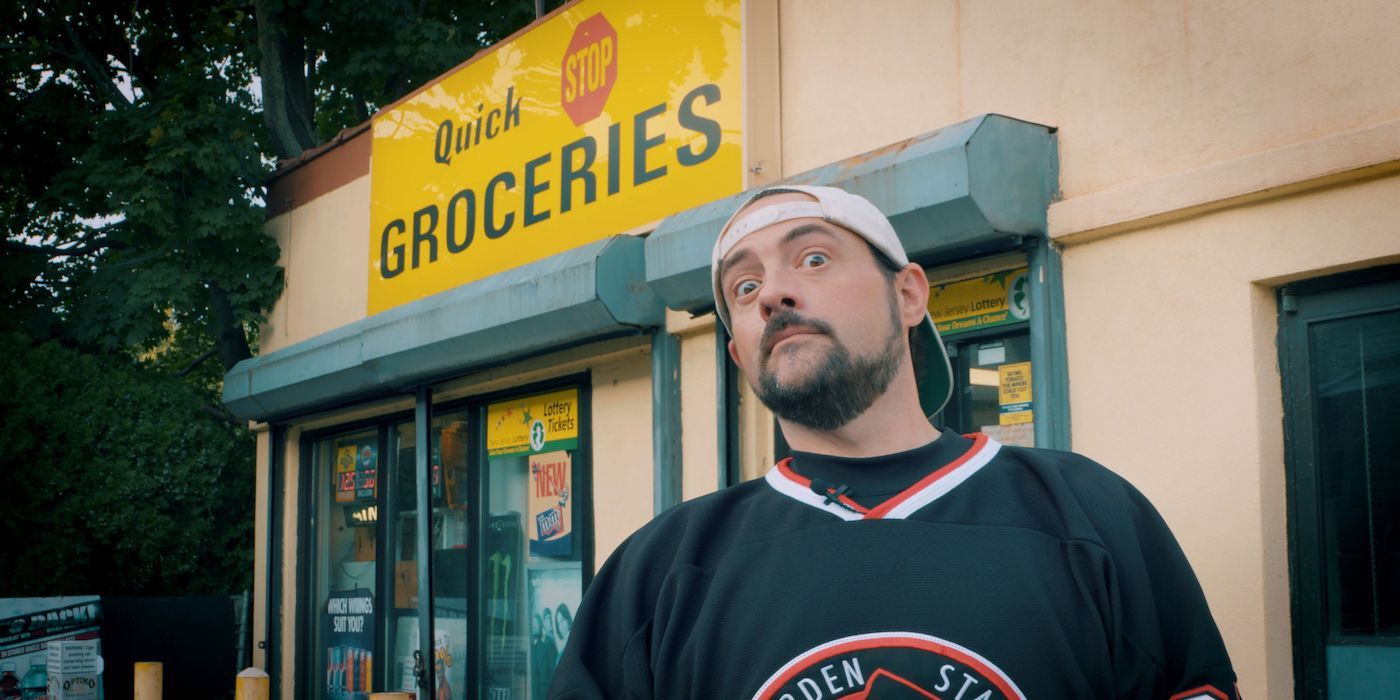 In the years since its release, Clerks has evolved from a low-budget cult comedy to a status symbol of how one can carve out their own path in the muddied and, often, winding road of Hollywood. 1091 Pictures has just debuted its trailer for the documentary entitled Clerk. which dives deep into the making of the infamous film and highlights how Kevin Smith, a boy from Red Bank, New Jersey was able to rise, and fall, and then rise again in the pop-culture lexicon.

Clerks came to Smith after watching Linklater’s Slacker on his 21st birthday and realizing that movies didn’t need to be loud or bombastic, but that they could be a snapshot of someone’s real life. At the time of the film’s release, it wasn’t common to see characters who spoke in movie quotes or pontificate about the basic plumbing mechanics of the Death Star.

RELATED: ‘Clerks III’ Will Be Released in 2022, Says Kevin Smith

The film follows Dante (Brian O’Halloran) as he is asked to come in on his day off to the local Quick Stop convenience store. Here, audiences are treated to quirky characters, the introduction to Jay and Silent Bob, and the opening of what would be known as the View Askew Universe.

Since its release fans and critics have been critical of Smith’s career as his follow-up film Mallrats underperformed considerably. However, as the documentary trailer shows, Smith was able to take the failures and reinvent his career. With the creation of his podcast network, Smodco, he’s been able to produce several films under that moniker including Yoga Hosers and, most recently, Jay And Silent Bob Reboot.

A second sequel to Clerks, simply entitled Clerks III, wrapped production in August 2021. No official release date has been given.

Clerk. will be available digitally on November 23. Check out the trailer and poster for Clerk. below.

Here is the synopsis for Clerk.:

An extensive all access documentary examining the life and career of indie filmmaking icon Kevin Smith. Featuring never before seen interviews with friends, family, filmmaking peers, and icons of the film, comedy and comic worlds.

KEEP READING: Why ‘Dogma’ Is The Pinnacle of Kevin Smith’s View Askewniverse

The series follows one of the most famous legal proceedings of the 20th century: the divorce of the Duchess of Argyll.

David McGuire is a freelance News Writer for Collider. He has worked in the entertainment industry for the last four years, most recently working as a Development Executive and Writer’s Assistant for a kid-friendly production company. He loves to spend time with his wife and his dog, Pretzel.

mac: macOS Monterey rolling out on October 25: Here are the things you should keep in mind before updating

An Unnecessary Action Sequel Is Proving Its Worth on Streaming

A Contentious Johnny Depp Movie Explodes in Popularity on Netflix

Halo’s live-action TV series gets another…