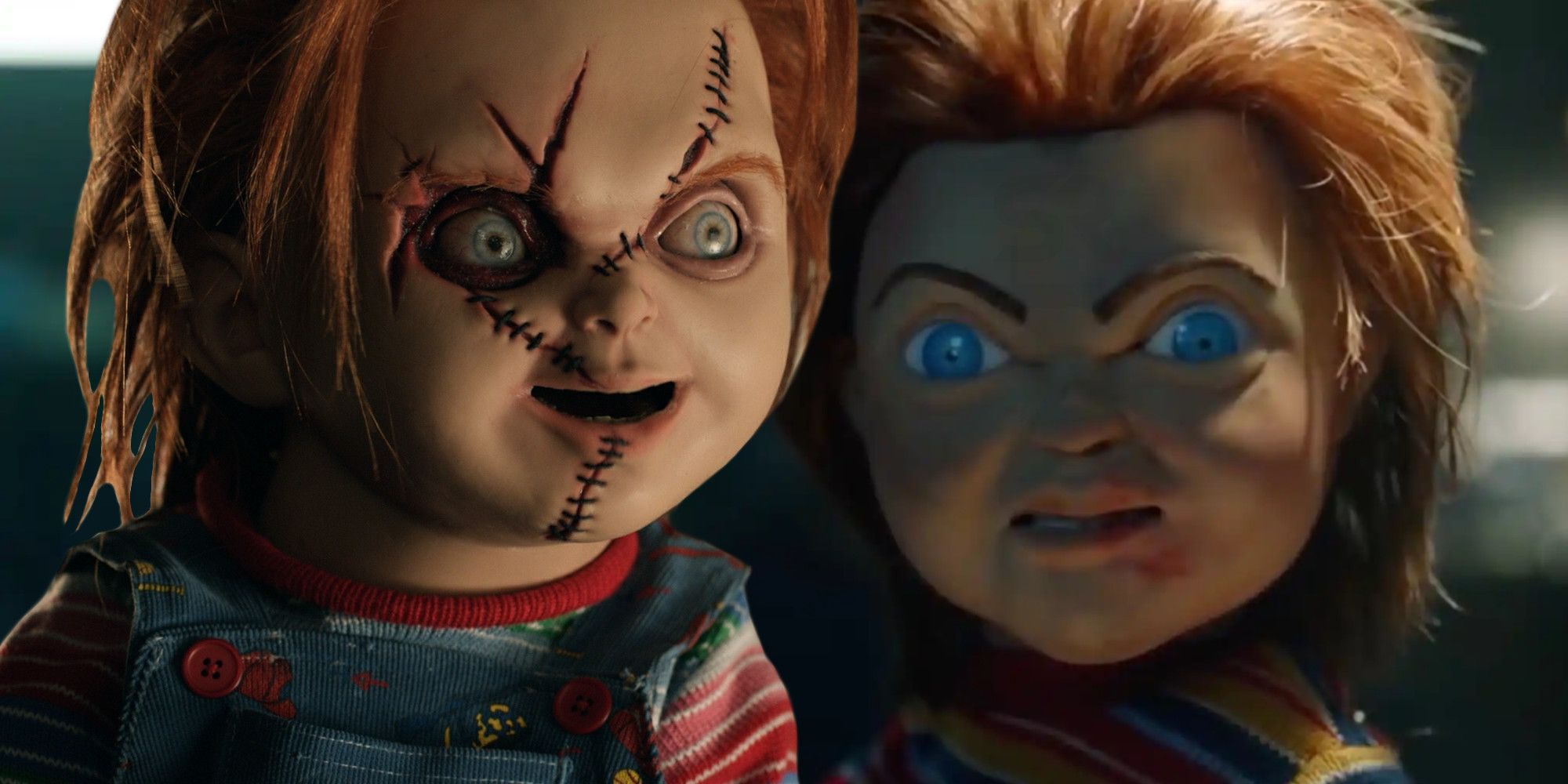 Chucky actually treads similar ground and repeats a moment from the 2019 Child’s Play remake. Here’s how and why it actually elevates the show.

SYFY’s new Chucky show brings the killer doll back to its Don Mancini-created roots, but also inadvertently echoes a moment from the 2019 Child’s Play remake. The latest chapter in the iconic horror franchise relocates the carnage to Hackensack, New Jersey. There, the infamous Lakeshore Strangler, Charles Lee Ray a.k.a. Chucky, is discovered in his Good Guy form by Jake Wheeler (Zackary Arthur). Voiced once again by Brad Dourif, Chucky latches onto the struggling teen and sets out to “help” Jake deal with the various bullies in his life.

Throughout Chucky’s 33-year cinematic tenure, his victims have been almost exclusively human in nature. That trend continues in Chucky season 1, episode 1, “Death by Misadventure,” when he facilitates the electrocution of Logan Wheeler (Devon Sawa). Throughout the runtime of the premiere episode, there is no short of potential targets for the killer doll—with Jake beset from all sides by Chucky‘s wide-ranging cast of characters. Ultimately, he settles on eliminating Jake’s homophobic and abusive father. Prior to that, however, Chucky turned his murderous attention to a rare non-human foe: Jake’s cat Binx. By doing so, Chucky accidentally shared a moment in common with 2019’s Child’s Play remake.

Directed by Lars Klevberg, the reboot stood completely separate from the mythology franchise writer (and later director) Don Mancini spent decades building. As well as featuring an all-star cast including Parks and Rec‘s Aubrey Plaza and Eternals‘ Brian Tyree Henry, and developing a whole new backstory and origin for the psychotic toy, Star Wars and general voiceover legend Mark Hamill assumed the role of Chucky from Brad Dourif. Doing a commendable job in making the role distinct, one of his most memorable kills was the Barclay family’s cat. After it scratched Andy, Hamill’s Chucky strangled it to death in a misguided act of protecting his young “friend to the end.” Binx’s death, meanwhile, comes similarly after the cat pesters and claws at Dourif’s incarnation of Chucky.

The similar moments can only be described as accidental since Don Mancini openly stated that he had never seen the Child’s Play remake—not wanting to be distracted from Chucky. As such, the respective cat murders are entirely coincidental. Regardless, the parallel actually lends itself to some fan’s criticisms of the remake, which decried Chucky being robbed of his singular personality and dark humor. With the unseen killing of Binx, Chucky season 1, episode 1, “Death by Misadventure” reaffirms that those traits are back in all their dark and twisted glory. After all, Brad Dourif’s version of Chucky gleefully reveals that he killed the cat not out of any kind of protection, but for no other reason than he thought it was “an asshole.“

Despite that, there are touches of overlapping themes between Chucky and the 2019 Child’s Play remake. After all, Hamill’s Chucky believed it was doing right by Andy Barclay (Gabriel Bateman). In the Chucky premiere, it seems as though Dourif’s Chucky is doing the same thing by humiliating or taking out Jake’s tormentors. If fans have been taught anything by over three decades of Child’s Play and Chucky movies, however, it’s that the “Good Guy” never does anything out of benevolence. It’s always part of a game to justify his own twisted desires. And, in this case, it seems designed to toy with audiences as much as the characters. Whether Jake will buy into it remains to be seen. Regardless, accident or not, to cover similar ground as the remake, but through a traditionally dark comedic lens and with more direct poignancy, shows why Don Mancini is the only one most trust to steward Chucky.

More: Chucky: Why No Other Child’s Play Characters Returned in Episode 1

John Atkinson has been a news and feature writer for Screen Rant since late 2018. Before that, he had articles published across a number of different outlets. A graduate of the University of London, John was raised on a small island by television and movies. As such, he pursued a career in screenwriting and film journalism when it became apparent that actually becoming Spider-Man was impossible. John’s fondest wish is to one day produce a film of his own. Until then, he’s more than happy to spend countless hours just talking about them.

John’s love of film and television defies genre and sometimes even logic. Nothing is off-limits to his passion – be it Marvel, DC, Rian Johnson’s Star Wars, or Tommy Wiseau’s latest cinematic offering.

Away from screens, John can often be found in a park reading mystery and/or fantasy novels, jumping up and down at various music events, or thinking too deeply about Keanu Reeves’ career and why Edgar Wright doesn’t have an Oscar.