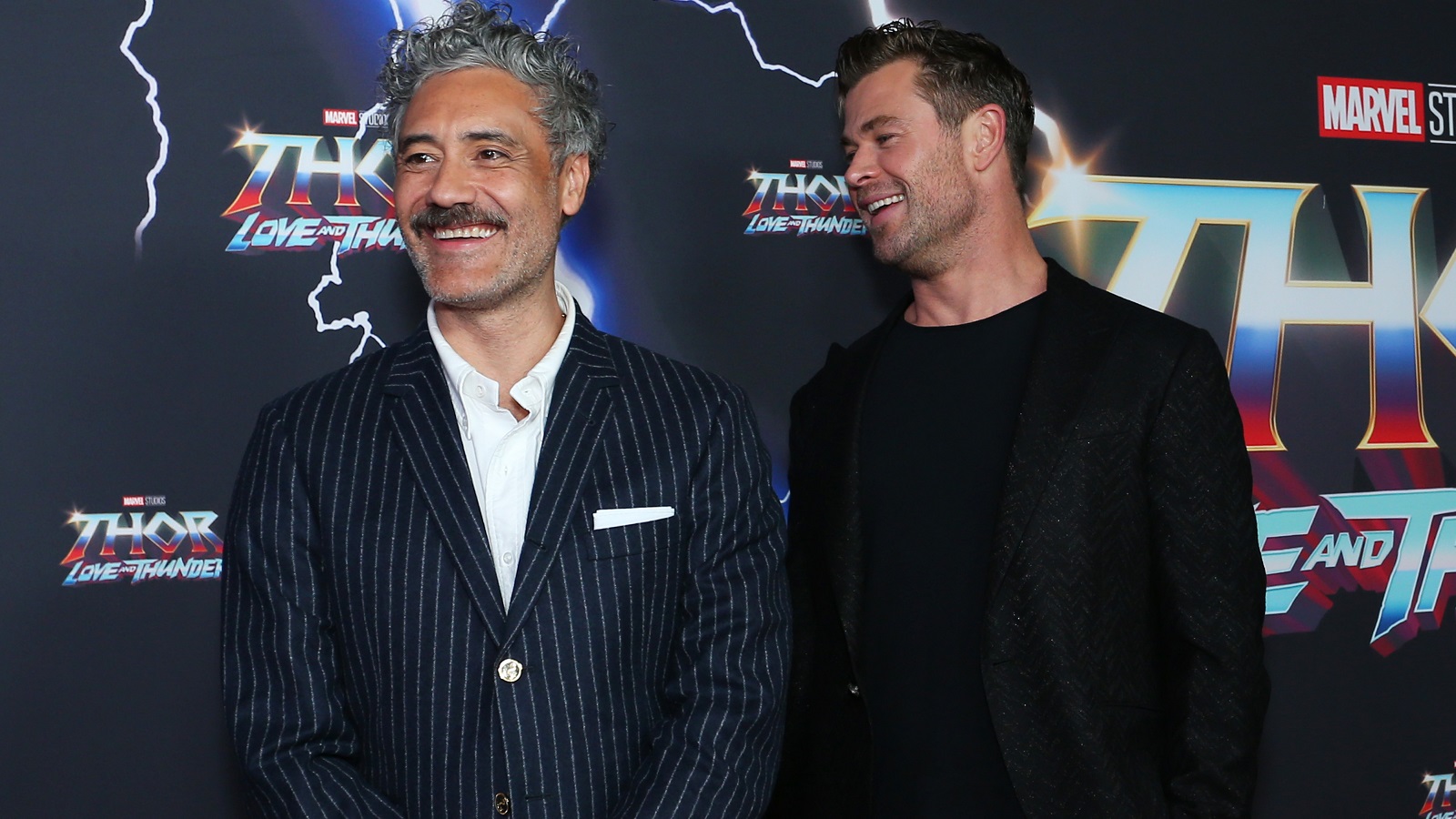 Based on everything we’ve seen and heard from his collaborators leading up to Thor: Love and Thunder, it certainly sounds as though you won’t find a set on Hollywood that comes anywhere close to resembling a Taika Waititi production.

The actor and filmmaker has cultivated a reputation for bringing his signature blend of offbeat energy to everything he does, whether it’s winning an Academy Award for Jojo Rabbit, tackling Star Wars through The Mandalorian, playing a pirate in HBO Max series Our Flag Means Death, or calling the shots on a mega budget Marvel Cinematic Universe blockbuster.

Thanks to Sam Raimi’s Doctor Strange in the Multiverse of Madness and Waititi’s Love and Thunder, we’re getting two consecutive installments in the franchise that bear the distinct fingerprints of their creators, with Chris Hemsworth doing his best to explain the methods behind his director’s madness in an interview with Today.

“It was Taika at his craziest. Taika, normally, is kind of at an 11, so you can do the math there. He described it as like he’d been given the keys to the kingdom, and someone said, ‘Here, if a seven year old was making a movie, what would you do?’ He said, ‘Well, I want to put this in it. I want to do this. I want to try this.’ And everything he suggested, I said yes to, and then we had this insane film in front of us.”

We’ve heard the duo tease their four-hour cut of Love and Thunder already, which was succinctly described as “batsh*t crazy”, but we’re happy to make do with the impending theatrical version that’s sadly only half as long. At least for now.

Culture influences whether a musical note is perceived as happy or sad, study finds