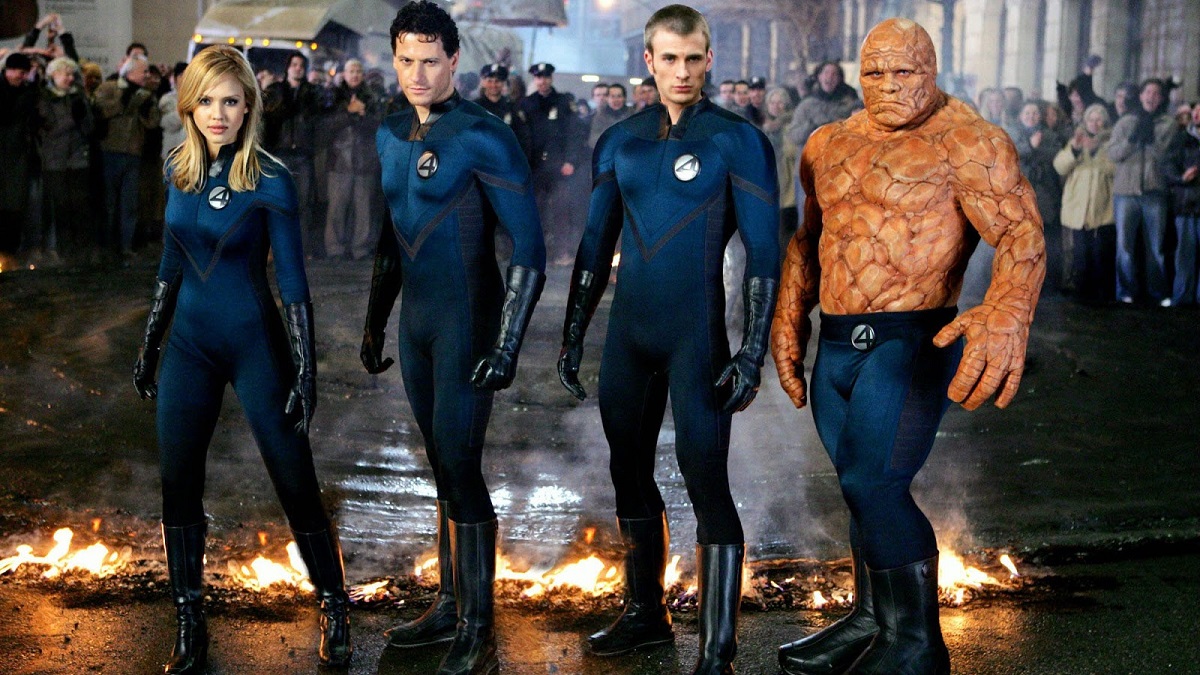 Chris Evans may have hung up his vibranium shield for good as Captain America, but it sounds like Marvel would be able to persuade him to suit up as his original superhero character instead. Before he embodied the stalwart Steve Rogers, Evans brought the hot-headed Johnny Storm to life in the first two Fantastic Four movies, with his spot-on portrayal widely viewed as one of the best things about them.

And with both the multiverse opening up and the Fantastic Four rights now resting with Marvel, fans would love it if Evans could get his flame on again as Sue Storm’s sibling in the MCU. In an unexpected twist, it seems the 41-year-old is surprisingly receptive to the idea, too.

In an interview with MTV News, the Lightyear star was asked about those rumors he was going to cameo as Human Torch in Doctor Strange in the Multiverse of Madness. Though he admitted this was never a thing, Evans made clear that he’d much rather return as Johnny than Cap. As he revealed:

“Wouldn’t that be great? No, no one’s ever come to me about that. I mean, I don’t exactly look the same anymore. That was 15, almost 20 years ago… But I really love that character… Yeah, look, I would love it. That would actually be an easier sell to me than coming back as Cap.”

Previously on the Lightyear press circuit, Evans has admitted that he’d be reluctant to don his star-spangled suit again as Cap because he feels like he has well and truly closed the book on the story of Steve Rogers. Clearly, he doesn’t feel the same way about Johnny, possibly because of a combination of 2007’s Rise of the Silver Surfer being so open-ended and having spent so long away from the role.

Evans’ comment about his age adds further interest to the concept of him reprising Johnny as it’d be interesting to see him play an older, and maybe slightly wiser and less tempestuous, Human Torch. With Doctor Strange 2 behind us, though, it’s unclear which upcoming Marvel project could have the multiversal scope to accommodate such a comeback. Our best bet is probably that Secret Wars movie fans are convinced is happening.

In the meantime, Chris Evans is adding another heroic character to his collection with Pixar’s Lightyear, out in theaters now.

Are you at risk of ID theft? Here are 5 tell-tale behaviors