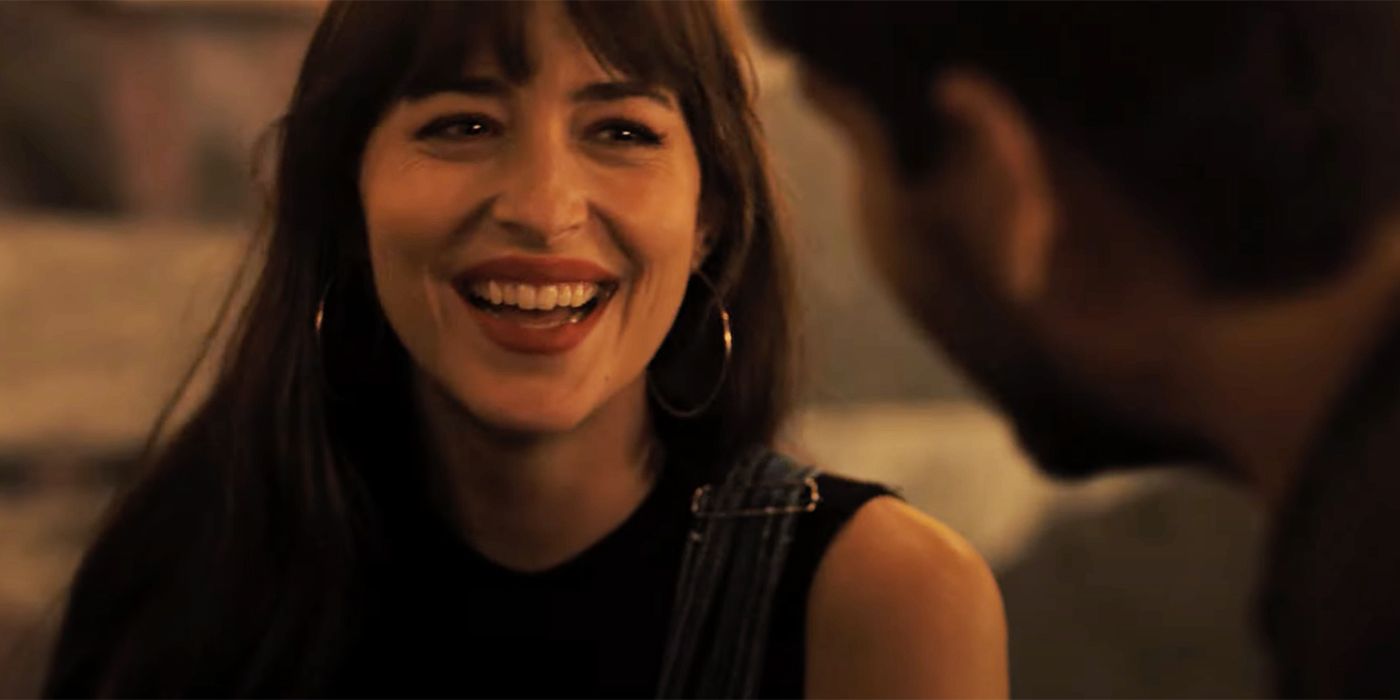 Apple TV+ has released a new trailer for Cha Cha Real Smooth, a drama about post-college uncertainty starring Dakota Johnson and director Cooper Raiff. The film is coming hot from 2022’s Sundance Film Festival, where it was praised for its raw depiction of real-life love affairs.

The trailer introduces us to Andrew (Raiff), a young man coming out of college with no idea of what to do with his life. Andrew works at a fast-food restaurant, lives with his parents and younger brother, and feels like he should be doing great things. But instead, he watches the time goes by. However, by force of fate, Andrew finds out he can use his people skills to make some money as a party starter at Bar Mitzvahs. And, to make things better, he meets a wonderful woman during one of these parties, Domino (Johnson).

While Andrew is joyful and eager to embrace new opportunities, Domino has a permanent sadness as she navigates life with her daughter Lola (Vanessa Burghardt). Even so, Domino is quickly impressed by Andrew’s ability to make her introvertive daughter feel at ease and asks him to be Lola’s sitter. However, getting too close might be dangerous for everybody, as Andrew and Domino start to fall in love, which could spell disaster. That’s because Andrew is still lost and might not be ready to join a fully formed family. As for Domino, she’s engaged to someone else and doesn’t want to risk anything.

Cha Cha Real Smooth will premiere in select theaters and globally on Apple TV+ on June 17. Check out the new trailer below.

Fresh out of college and without a clear life path going forward, 22-year-old Andrew is stuck back at home with his family in New Jersey. But if there’s one thing that belongs on his nonexistent résumé, it’s how to get a party started, which lands him the perfect job of motivational dancing at the bar and bat mitzvahs for his younger brother’s classmates. When Andrew befriends a local mom, Domino, and her daughter, Lola, he finally discovers a future he wants—even if it might not be his own.