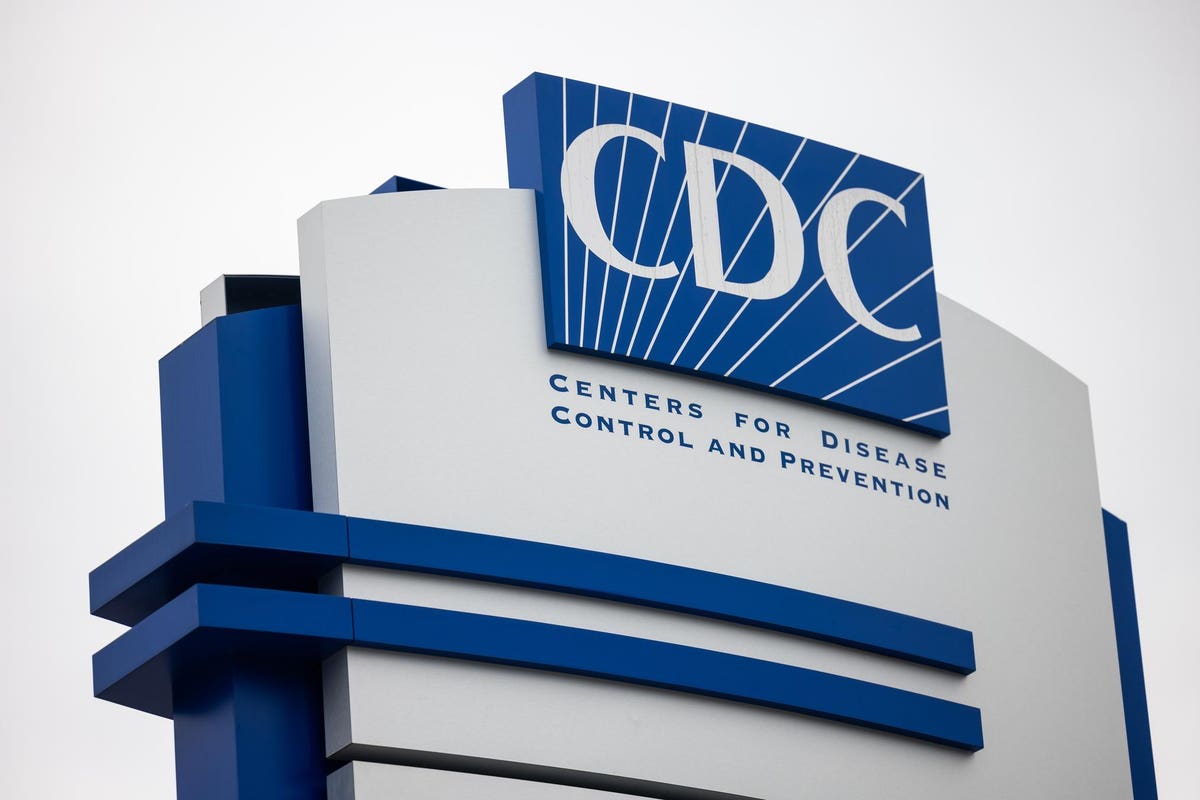 The more transmissible BA.5 Omicron subvariant is still spreading. The U.S. has been having an average of 42,816 Covid-19-related hospitalizations and 490 Covid-19-related deaths a day, according to the New York Times, and who knows how many new cases of long Covid a day. Oh, and there have been more and more reports of Paxlovid rebound occuring where people have turned Covid-19 positive after testing negative, as I recently covered for Forbes. So, with all this happening, what should the Centers for Disease Control and Prevention (CDC) do? Strengthen Covid-19 precautions? Re-emphasize existing precautions at least? Ummm, how about further relaxing recommended Covid-19 precautions? Is that your final answer? Wouldn’t you like to phone a friend?

Well, the last of these options is basically what the CDC did on Thursday when they issued updated guidelines. And with that came an increase in the number of times phrases like “CDC giving up”, “CDC gives up”, and “CDC raises white flag” have been used on Twitter and other social media.

Yeah, “give up” are not the type of words that you want associated with the organization primarily responsible for protecting the health of Americans, unless you were saying something like “give it up for the CDC.” And many people weren’t exactly saying “give it up for the CDC” on Twitter over the past two days. Rather, they were surprised that the CDC now recommends that most Americans no longer need to quarantine after exposure to the severe acute respiratory syndrome coronavirus 2 (SARS-CoV-2), even if they are unvaccinated. Instead, going forward, people who have been exposed only have to wear a face mask for 10 days and get tested for Covid-19 after five days. That’s not too comforting given that many people have been ditching face masks as if they were soiled underwear ever since most locations lifted their face mask requirements. So now your chances of running into someone infected with the SARS-CoV-2 at work, at school, on an airplane, in a restaurant, in a concert, or at a store just went up even higher.

Plus, these new CDC guidelines no longer recommend that most institutions like schools routinely test for Covid-19. So coupled with the lack of face mask, vaccination, or improve the ventilation and air filtration requirements, is this a roundabout way of saying to most schools, workplaces, airlines, and businesses, in general, “yeah, you don’t really need to do anything?”

On Twitter, guitarist Charles Johnson called what the CDC had just issued as the “Hey, whatever” guidance:

Would this be sort of the direct opposite of the “Never give up, never surrender” quote from Commander Peter Quincy Taggart in the movie Galaxy Quest? “Sort of give up, kind of surrender” wouldn’t have quite the same ring. But Mekita Rivas, contributing editor for Pop Sugar and Cosmopolitan, called “giving up” is “incredibly on brand for America” in the following tweet:

Speaking of brands, who the heck said that further relaxing precautions would be OK, scientists or businesses who want everything to look normal so that people keep buying stuff? Or is it from politicians who want to say, “look everything is back to normal. Vote for me.” Again, all of this would change the meaning of the phrase “give it up for America.” Rivas mentioned “multiplying public health crises,” which would be a way of describing what’s happening with the continuing Covid-19 pandemic emergency, a monkeypox outbreak that has not been well-controlled and was recently declared a public health emergency, and polio re-emerging.

It’s not as if the CDC guidelines prior to Thursday were super stringent. In fact, Dr. S. Vincent Rajkumar, MD, the Edward W. and Betty Knight Scripps Professor of Medicine at the Mayo Clinic, called them “quite lenient” in this set of tweets:

As you can see, Rajkumar asked why further relaxation of already relaxed precautions occurred and what data drove this relaxation? Did a new scientific study drive these new recommendations? Did the virus suddenly decide to change it’s stance and become warmer and more cuddly? Not exactly. The CDC mentioned “reducing barriers to social, educational, and economic activity,” but didn’t cite a scientific study to support this. It didn’t explain how “reducing barriers” would counterbalance the increased deaths and suffering that may result from increasing the chances that infected people will bring the virus into schools, workplaces, airplanes, and other businesses.

And even if you yourself are willing to face an increased risk of infection and all the badness that may result, whatever happened to that saying from 2020, “we’re all in this together?” Has that been replaced by “every person for himself or herself?” The new CDC guidance mentioned the word “individual” multiple times as in “based on an individual person’s level of risk” when mentioning what prevention strategies to employ. But this overlooks the fact that precautions such as isolation, quarantine, vaccination, social distancing, and face mask use are supposed to be population level interventions. Someone discontinuing such precautions then may put others around him or her at greater risk. And this can be especially problematic for those who are at higher risk for more severe Covid-19 as Taylor Lorenz, a technology columnist for the Washington Post, tweeted:

Remember the whole Swiss cheese thing from 2020? No, not the food item that you covered your body with while surrounding yourself with toilet paper. Rather, public health experts used Swiss cheese to describe the nature of Covid-19 precautions, how each precaution has its limitations or holes, and how layering of multiple interventions at a time was needed to cover up these holes. As Lorenz’s tweet thread went on to explain, what happens if someone more vulnerable to severe Covid-19 can’t cover his or her nose and mouth 100% all the time with others around basically not giving a bleep:

Lorenz completed her tweet thread with, “As someone working in media who’s immunocompromised and medically vulnerable I really wish we as an industry hired more disabled writers and did more to center vulnerable people in our coverage, esp on COVID. What’s happening right now is so horrific on such a massive scale.”

Speaking of holes, Eric Topol, MD, founder and director of the Scripps Research Translational Institute, pointed out that the U.S. still has major, gaping holes in its Covid-19 vaccination coverage:

Topol called the CDC “embarrassing, to say the least,” which probably wasn’t a compliment.

The recent CDC change in guidance could have even worse ramifications down the line. Not following closely what scientific evidence actually says could end up further eroding trust in the CDC. It would be like telling your significant other not to cheat on you, your significant other having an affair, and then you saying, “OK, you can now cheat on me when you want.” Consistency and standing your ground based on principles is important to be taken seriously. What if the CDC has to really reinstate more stringent measures this Fall due to a new variant, another large surge, or a different public health threat. How many people will really end up following an increase in precautions versus simply saying, “Well, you relaxed the requirements for no good reason in the past. So why not just keep them relaxed?” When you appear to have given up fighting against a common enemy, people may give up listening to you.

Denial of responsibility! TechCodex is an automatic aggregator of the all world’s media. In each content, the hyperlink to the primary source is specified. All trademarks belong to their rightful owners, all materials to their authors. If you are the owner of the content and do not want us to publish your materials, please contact us by email – [email protected]. The content will be deleted within 24 hours.
CDCCenters for Disease Control and PreventioncoronavirusCovid testingCOVID-19giving upquarantineSARS-CoV-2
0
Share