Catch-and-release fishing may cause temperature spikes in sharks 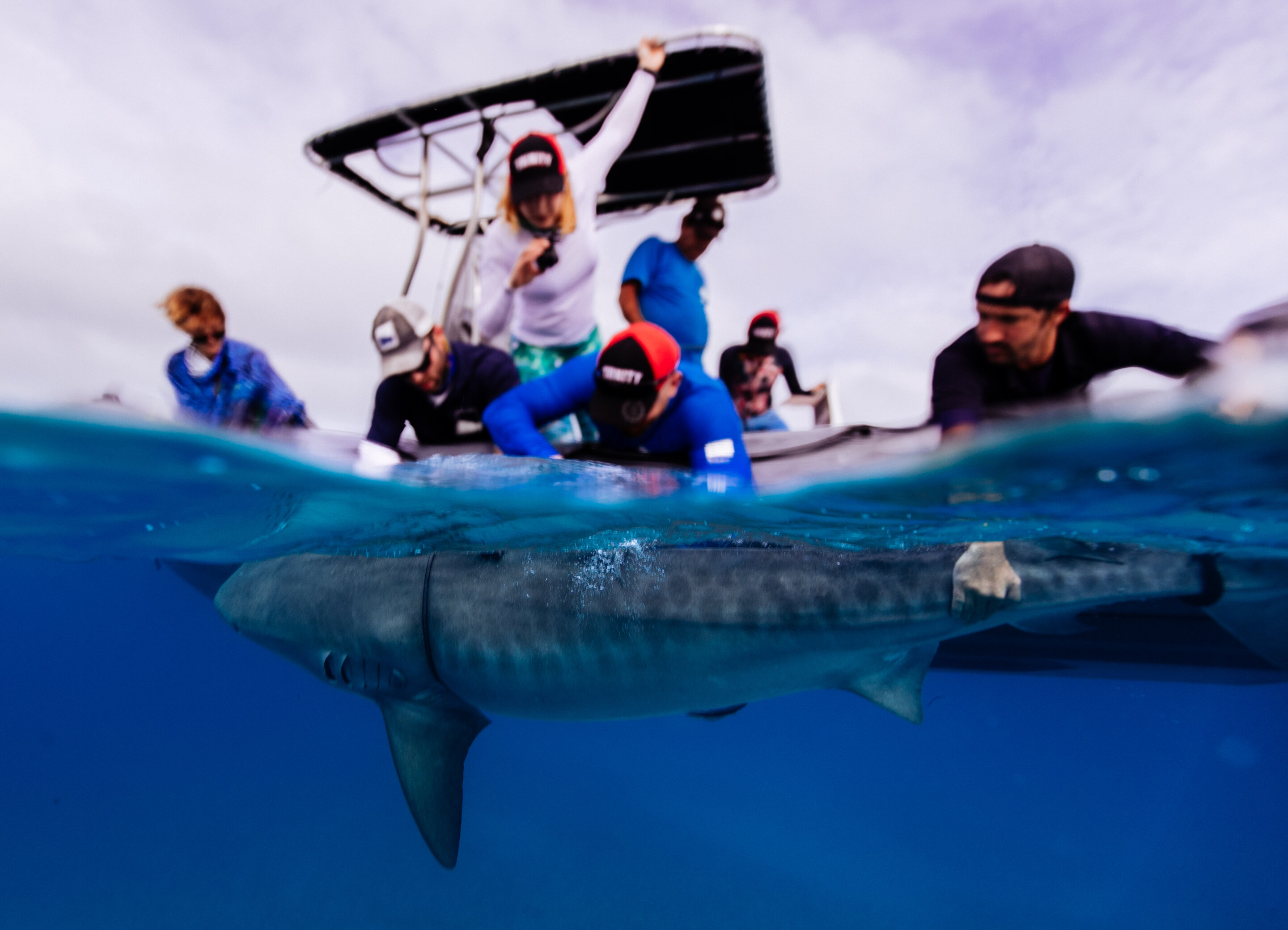 New research from marine scientists raises potential red flags for sharks that are caught and released by recreational anglers. The team has discovered that the ocean’s iconic predators typically spike in temperature after they have been caught, which may have physiological and behavioral impacts.

Sharks around the Irish coast, and across the world, are often caught by recreational anglers and scientists, and then returned to the water. However, with the increasing occurrence of this catch-and-release fishing practice, do we know enough about what impacts this procedure may have on the health and welfare of the animals—many of which are critically threatened?

Lucy Harding, Ph.D. candidate from Trinity College Dublin’s School of Natural Sciences, and her international team of collaborators worked directly with shark angling operators to assess how catch-and-release fishing might be affecting shark behavior and physiology in sharks swimming in the Bahamas, off the coast of Cape Cod in U.S., and in Irish waters around Co. Cork.

The team caught sharks using rod-and-reel and drum lines (baited hooks) and—without damaging the animals—inserted thermometers into muscle to see if their body temperature was changing. They also attached biologging devices to the fins of sharks, which recorded things like body temperature and water temperature when they were then released back into the wild.

Lucy, who is the first author of the associated research article, which has just been published in the journal Conservation Physiology, says that “the temperature measurements we took show that catching sharks on a line resulted in rapid spikes in their body temperature, with one blue shark showing an increase of 2.7°C in just a few minutes—which, in physiological terms, is a huge elevation.”

As the sharks in this study (the Blue shark, Prionace glauca, and the Tiger shark, Galeocerdo cuvier), are considered “cold-blooded” their body temperatures tend to match whatever temperature water they are swimming in. It is thus unusual to see such an elevation.

The team also found that it took the sharks up to 40 minutes to cool down after they had been released back into the water.

Nick Payne, Assistant Professor in Trinity’s School of Natural Sciences, says that “results like these illustrate the physical exertion sharks undergo during catch-and-release fishing. We don’t yet know whether the rapid, fishing-induced heating has a damaging effect on shark physiology but it’s something that is important to study in more detail in the future.”

These large, fast increases in body temperature appear abnormal in the context of what these animals experience naturally, and the authors hope their data might help with management.

Dr. Payne added that “results from these studies could be used to design best handling practices for shark angling going forward; if we can adopt the least stressful fishing methods then it’s a win for the sharks and also for future generations of anglers.”