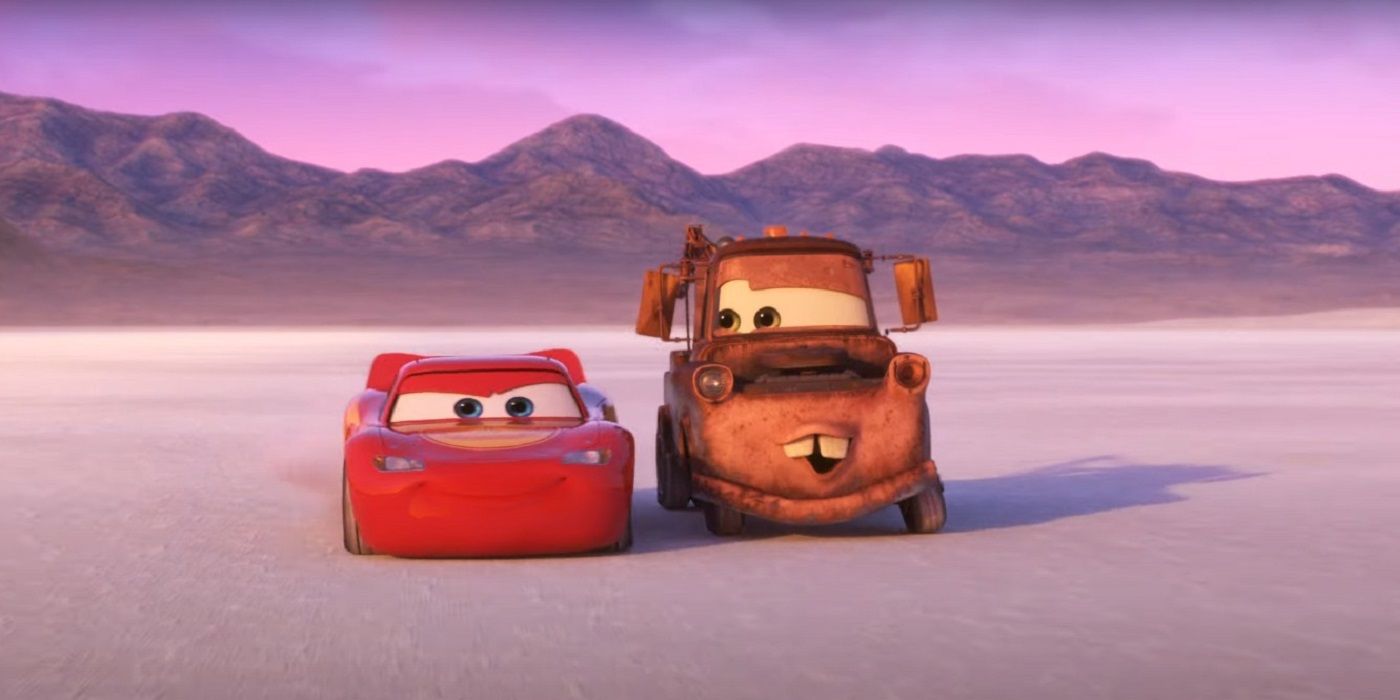 The yearly celebration of Disney+ content known as Disney+ Day is set to be held on September 8, 2022, which will see the streaming service premiere new content from its beloved franchises. On the same day, along with the debut of new content, a brand-new series based on the popular Pixar Cars film franchise will be arriving on the streaming service. Disney has released a new poster for the upcoming series, Cars on the Road, showcasing both new and familiar characters.

The brand-new poster sees series stars Lightning McQueen (Owen Wilson) and Mater (Larry the Cable Guy) standing front and center of the poster, surrounded by many of the colorful and unique characters that they will come across during the series. These include a group of Mac trucks, a forklift turned clown car, and a T-Rex-like mechanic beast standing in front of a volcano, among others. This poster teases that McQueen and Mater will be coming across the most vibrant and varied group of cars and characters in the series and will likely find themselves on the most outlandish journey that the franchise has ever seen as well.

First announced back in December 2020, the upcoming series will follow Lightning McQueen and Mater on a cross-country journey to the east of their home, Radiator Springs, as the pair set out to meet up with Mater’s sister. Along the way, they will find themselves in many different scenarios and meet just as many different characters, some of which are teased in the poster. “The series is a romp across the country with Lightning McQueen and Mater,” says director Steve Purcell. “Like any real road trip, every day is a new mini-adventure with unexpected twists and turns.” The series will consist of nine episodes in total.

Cars on the Road is produced by Marc Sondheimer with Pete Docter serving as an executive producer. The series’ episodes are directed by the previously mentioned Purcell (Episodes 1, 2, 8), Bobby Podesta (Episodes 5, 6, 9), and Brian Fee (Episodes 3, 4, 7). Composer Jake Monaco will be creating the score for the upcoming series. There is currently no additional casting announced to be joining Wilson and Larry the Cable Guy, though additional voice talent will be revealed at a later date. Pixar Animation Studio will be animating the series.

Cars on the Road is set to arrive on Disney+ on September 8. You can check out the new poster for the upcoming animated series down below.

Also, check out the trailer for the new series below:

Project L will be free to play, with Illaoi joining the roster