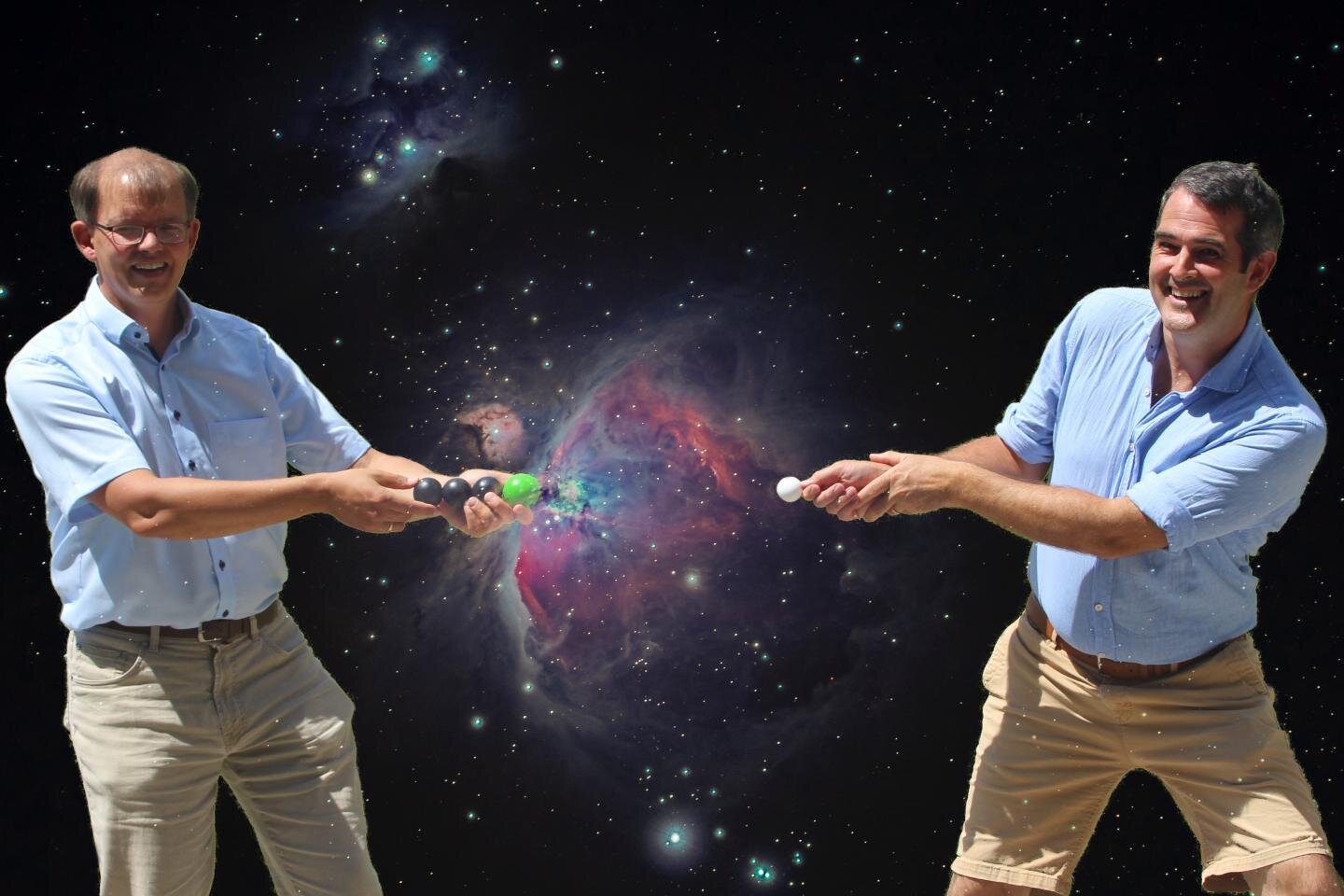 Interstellar clouds are the birthplaces of new stars, but they also play an important role in the origins of life in the Universe through regions of dust and gas in which chemical compounds form. The research group, molecular systems, led by ERC prize winner Roland Wester at the Institute for ion physics and applied physics at the University of Innsbruck, has set itself the task of better understanding the development of elementary molecules in space. “Put simply, our ion trap allows us to recreate the conditions in space in our laboratory,” explains Roland Wester. “This apparatus allows us to study the formation of chemical compounds in detail.” The scientists working with Roland Wester have now found an explanation for how negatively charged molecules form in space.

An idea built on theoretical foundations

Before the discovery of the first negatively charged carbon molecules in space in 2006, it was assumed that interstellar clouds only contained positively charged ions. Since then, it has been an open question how negatively charged ions are formed. The Italian theorist Franco A. Gianturco, who has been working as a scientist at the University of Innsbruck for eight years, developed a theoretical framework a few years ago that could provide a possible explanation. The existence of weakly bound states, so-called dipole-bound states, should enhance the attachment of free electrons to linear molecules. Such molecules have a permanent dipole moment which strengthens the interaction at a relatively great distance from the neutral nucleus and boosts the capture rate of free electrons.

Observing dipole-bound states in the laboratory

In their experiment, the Innsbruck physicists created molecules consisting of three carbon atoms and one nitrogen atom, ionized them, and bombarded them with laser light in the ion trap at extremely low temperatures. They continuously changed the frequency of the light until the energy was large enough to eject an electron from the molecule. Albert Einstein described this so-called photoelectric effect 100 years ago. An in-depth analysis of the measurement data by the early-stage researcher Malcolm Simpson from the doctoral training program, atoms, light and molecules at the University of Innsbruck finally shed light on this difficult-to-observe phenomenon. A comparison of the data with a theoretical model finally provided clear evidence of the existence of dipole-bound states. “Our interpretation is that these dipole-bound states represent a kind of door opener for the binding of free electrons to molecules, thus contributing to the creation of negative ions in space,” says Roland Wester. “Without this intermediate step, it would be very unlikely that electrons would actually bind to the molecules.”

The fingerprints of molecules in space