Captain America’s New Shield is His Most Powerful Ever 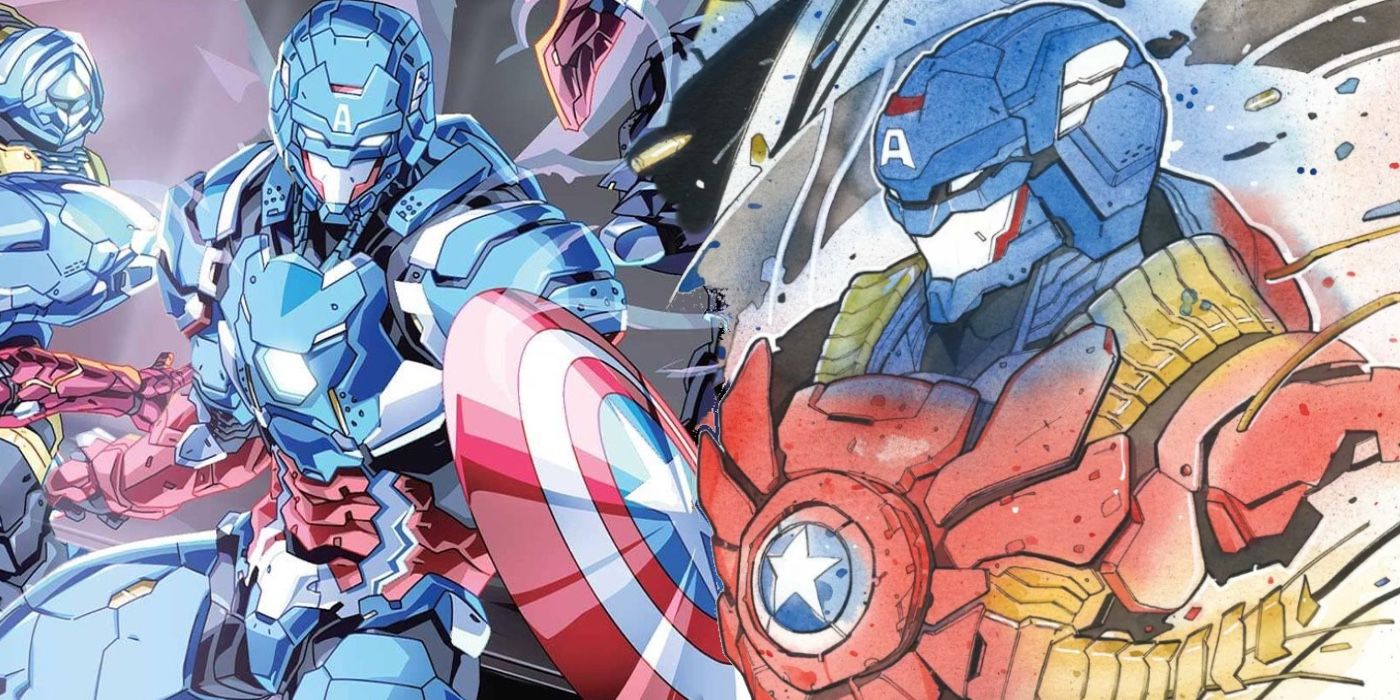 Captain America’s iconic shield is a weapon that he’s wielded for years, and now in a new sentai-inspired series, he has an even more powerful one!

When it comes to iconic weapons, Captain America’s shield is a well-known item of his that’s as strong as it is durable, but when his original shield is destroyed, Cap gets a brand new one that’s more powerful than anything he’s ever wielded before. Turns out infusing the near-infinite power of the shattered Infinity Stones into an already near-perfect weapon design is a move that immediately pays off, giving Marvel’s Mightiest Heroes a far better chance at coming out on top in a situation that’s more dire than originally thought.

Given to Captain America by Iron Man in Avengers: Tech-On Avengers #2, by Jim Zub and Jeffrey “Chamba” Cruz, Cap’s new and improved shield upgrade couldn’t have come at a better time. Surprise attacked by an Infinity Mirror Shard-infused Red Skull, the Avengers are stripped of their unique powers during their first encounter with this newly empowered villain, barely surviving Skull’s onslaught with their lives intact.

Forced to up their game by utilizing Red Skull’s tactics against him, Iron Man soon manages to gather his own supply of Infinity Stone shards and custom builds an entire fleet of flight enabled, armored suits for his colleagues, successfully powering them up exponentially in the process. But even with these upgrades, Cap’s original weapon is no match for Red Skull’s overwhelmingly powerful Infinity Mirror Shard — or I.M.S. — energy blast, as his shield is easily shattered in a way there’s no coming back from. Though unfortunate, this opens the door for a new version of an iconic weapon, one that’s way better than the original in every way.

Telling Cap that not only has he been able to “goose” everyone’s abilities while in the suits ten-fold, Iron Man also reveals that he’s made a new shield “designed to go with the armor” for Cap. Fueling the suits and as well as Cap’s new weapon, the shards’ immense power have given this new shield the ability to withstand any I.M.S. blast, plus whatever beating Captain America’s original shield could take and more. Testing it out in a simulation set up by Tony, Cap signs off on the new shield right away and is immediately able to put it to good use during a confrontation with a new version of Venom.

Proving to successfully act as a formidable defensive tool as well as a weapon that does heavy damage to the Venom’s insect-like plating, the idea of giving Cap a huge weapon upgrade after the loss of his already immensely powerful one is an elegant solution that’s only made possible by harnessing the power of the I.M.S. and Tony (and Spider-Man’s) combined intellects. This new shield not only looks and feels just like Cap’s original, but with the added benefits of the I.M.S. power upgrade, it now has the power to take on threats that the original couldn’t, and assist in ways that the newly armored-up Avengers will undoubtedly need moving forward.

So while the loss of his original shield is a bummer to be sure, getting a new and insanely powerful upgrade to Cap’s favorite weapon in exchange is a trade-off that’s totally worth it. These new Tech-On Avengers are just starting to learn the ins and outs of their new suits, and now Captain America can finally say he’s fully prepared to take on whatever comes next.

Next: Captain America and Iron Man Need Another Civil War

Brian is first and foremost a nerd in every way shape and form. He likes to compare himself to a black hole, consuming any and every form of entertainment unlucky enough to get caught in his gravitational pull. It’s not uncommon on any given day for him to read a couple comics, settle down with a good book, watch a few movies (inside and out of the theater), catch up on his ever growing but never depleting streaming queue, challenge himself with a few good video games, and of course, write his heart out. He spends every waking moment dreaming up interesting and intriguing concepts and ideas that will hopefully one day inspire and entertain anyone looking for an escape from their daily lives. Graduating from Full Sail University in good old humid Florida, Brian currently lives and works in New York City and lives for the day when all he has to do is wake up and create something unique and new for people to enjoy.

Apple Watch 7 vs Apple Watch 6: what’s different and why you’ll love it