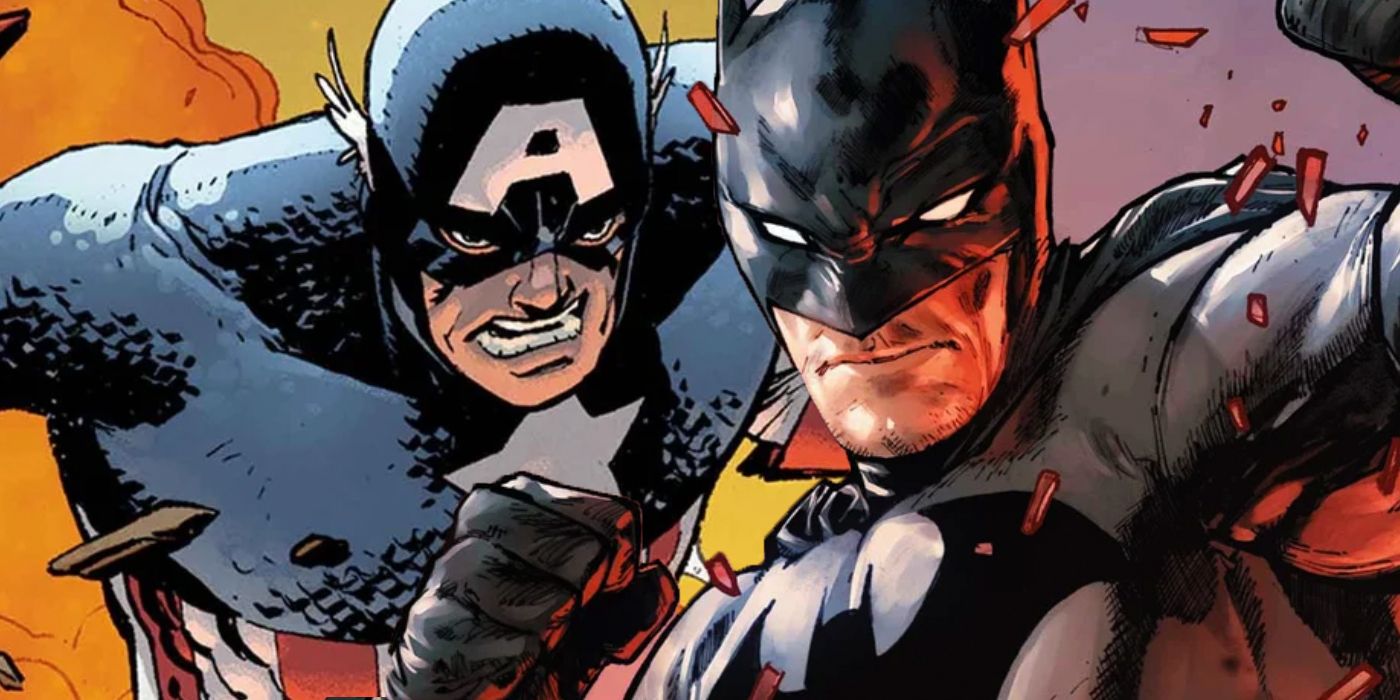 Batman and Captain America had an epic fight during a Marvel Comics/DC Comics crossover, where Steve Rogers admitted the Dark Knight was his equal.

While Batman might not have any superpowers of his own, Captain America still sees the DC Comics hero as one of his equals. In DC vs. Marvel, the greatest heroes from the two publisher’s respective universes battled each other to save their own reality. Steve Rogers took on the Dark Knight, and when he was matched blow for blow, he realized how great his opponent truly was – even without a Super Soldier Serum.

DC vs. Marvel was a crossover miniseries published in the mid-90s, which pitted heroes from the different realities against one another, with the winners being decided by fan voting. Tantalizing matchups during the event included Aquaman vs. Namor the Sub-Mariner, the Silver Surfer vs. the Green Lantern, Thor vs. Captain Marvel, and Superman vs. the Hulk. However, the premiere fight occurred between two characters with very different demeanors: The always positive Captain America taking on the brooding Batman. While Captain America greatly overpowers Batman when it comes to strength, the longtime Avenger was seriously impressed by the Caped Crusader.

Related: Marvel’s Version of Wonder Woman is a Better Hero Than the Avengers

In DC vs. Marvel #3 by Ron Marz, Peter David, Dan Jurgens, Claudio Castellini, Josef Rubinstein, Paul Neary, Gregory Wright, and Bill Oakley, Batman and Captain America clashed in a sewer in Manhattan. After the Dark Knight launches a surprise attack on Captain America, the patriotic hero remarks that in all of his battles – including ones against Hydra, Baron Zemo, and the Red Skull – he’s never fought someone he was so evenly matched with. Despite having the strength advantage, Batman’s tactical attacks prove difficult for the Marvel hero.

The pair exchange blows “for hours” with Batman telling Captain America they could battle for “days” until one of them drops from exhaustion. Steve tells the World’s Greatest Detective neither wants to give up as they weren’t given a choice to fight, as billions of lives hang in the balance of their clash – thanks to the cosmic forces who made all the heroes face off. Batman manages to strike Captain America with a Batarang before a wave of water nearly drowns them. Batman saves Cap and is declared the winner.

While Batman didn’t technically knock out his opponent by himself, as the flushing sewer water is what ultimately led to Cap’s defeat, he absolutely held his own against the superpowered being. Batman and Captain America fought for hours and hours as neither wanted to be responsible for their universe and billions of lives disappearing. Impressively, Batman didn’t need a Super Soldier Serum or superpowers to stop Captain America, proving that he might be the Marvel heroes equal after all.