Can Carbon Capture And Storage Save California’s Grid? 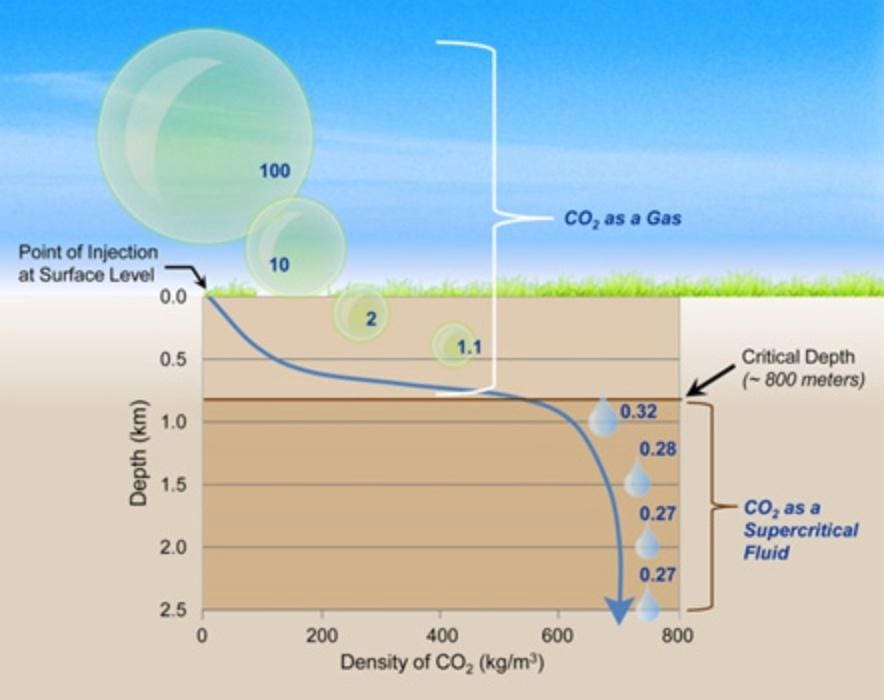 California’s ambitious emission reduction plans are driving the state towards a more expensive and less reliable energy system because this vision of future is based on a 100% renewables future, rather than focusing on reducing emissions.

Natural gas, combined with Carbon Capture and Storage provides a compelling alternative to achieving California’s emission reduction goals compared to a system which is 100% renewables.

The state has legislated 40% emission reductions by 2030, carbon neutrality by 2045, and net-negative emissions thereafter. But with the 5th-largest economy in the world, decarbonizing is going to be tricky. Even with the extreme emplacement of renewables over the last decade, California’s primary energy is still 72% fossil fuel (mainly natural gas and petroleum), 12% non-hydro renewables, 4% hydro, 2% nuclear and about 9% imported, the sources of which varies over time.

For just electricity production, California is 43% natural gas, 14% solar, 7% wind, 8% nuclear, about 20% hydro and 8% other renewables, all generated in-state, with an additional third or so of that amount being imported with a variable mix of fossil and non-fossil.

California’s government has issued a roadmap to achieve its long-term goal of 100% clean energy, California’s Electricity System of the Future, while an immediate State of Emergency has been declared over concerns that the electric system will struggle under heat waves this summer.

As stated in the report, “California’s clean energy goals are fundamentally about reducing reliance on [these] natural gas-fired plants” while noting that “between 136 GW to 208 GW of clean energy technologies must be built by 2045 to achieve the 100% clean electricity goal” compared to approximately 15 GW of installed utility scale solar and 10 GW of distributed solar generation as of 2021.

Governor Newson, in his Proclamation of a State of Emergency, notes that California “currently faces an additional projected energy supply shortage of up to 3,500 MW during the afternoon-evening “net-peak” period of high power demand on days when there are extreme weather conditions” and that a “shortfall of up to 5,000 MW that is now projected for the summer of 2022.”

In the recent publication, California needs clean firm power, and so does the rest of the world, the authors from Princeton University, Stanford University, Environmental Defense Fund and Energy and Environmental Economics (E3) state “extensive electrification and increased reliance on weather-dependent renewable energy sources could create new reliability challenges requiring proactive planning. Solar and wind supplies drop by some 60% from summer to winter. In some cases, the state can get little output from solar and wind generation for weeks at a time. These lulls can also coincide with periods of increased demand, further exacerbating the challenge.”

The general finding is that reliably generating the electricity needed in 2045 from solar and wind power would require increasing to nearly 500 GW of power-generating capacity (along with 160 gigawatts and 1000 gigawatt-hours of new storage). This is roughly half the capacity of the entire United States electricity generating system today, including nuclear, gas and coal, hydroelectric and everything else.

That’s because of the intermittency of renewables and the need to back them up with firm dispatchable power. Thus, is born the concept of Clean Firm Power. This includes nuclear, hydro (as long as water supply is not an issue), geothermal, and natural gas with carbon capture and storage (NG-CCS).

California decided years ago to hate nuclear power, hydro is limited by water in the anticipated drought-ridden future, and geothermal is limited by productive sites. This leaves NG-CCS. Which is very desirable since if you emplace CCS, you can just keep lots of the present gas plants running and only need to build relatively few new ones.

The California Public Utilities Commission largely ignores the role that CCS can play in a low-carbon future. In fact, they seem to ignore the realities of the challenges being faced today while doubling down on the goal of a 100% renewable future.

“However, we are less confident about the shorter-term operational realities during the transition period and maintaining the reliability of the system in the interim. The middle of this decade represents an inflection point and a transition we need to make it through successfully to realize our goals.

That’s because many of the generating resources retiring in the 2023-2026 timeframe are either firm or dispatchable resources, which are not easily replaced by as-available variable renewables in terms of their capacity factors and values, as well as their impact on grid operations.

So how possible is it to emplace this much CCS?

The modelling in “California Needs Clean Firm Power, and so does the rest of the world” concludes that 25 to 40 GW of clean firm power could eliminate the need for some 250 to 400 GW of additional renewable energy capacity.

Like the UN IPCC and every leading climate scientist in the world, Golinowski understands that nuclear is critical to meeting energy demand and reducing emissions, being the ultimate clean firm power. The 2.2 GW of clean base load power produced by California’s Diablo Canyon Nuclear Plant, which is scheduled to be closed by 2025, will need to be replaced by non-fossil fuels. This will take over 9 GW of solar or wind, not including back-up generation.

But how mature is carbon capture and storage, and can it be ramped up quickly enough to meet the decarbonization goals?

CCS uses a few technologies to remove CO2 from power generation and hydrogen production then uses pipelines to move it to where it will be used or stored. There are 10 large CCS projects in the United States, 21 worldwide, and their pipelines are tens of miles to hundreds of miles long.

The Energy Futures Initiative and Stanford University thinks it can be ramped up fast enough, as discussed in their 2020 report, An Action Plan for Carbon Capture and Storage in California. According to them, California’s industrial and electricity sectors have sizeable technical potential to incorporate CCS. They study identified 76 facilities that are suitable for carbon capture, with the capacity to remove almost 60 million metric tons of carbon dioxide (MtCO2) per year by 2030.

“If we were to store 60 million tons of carbon dioxide a year in California, you could do that for more than 1000 years,” said Sally Benson, lead author of the study, who is a faculty director of the Stanford Center for Carbon Storage. And we know how to seal these wells so the CO2 does not escape back into the atmosphere.

Compared to the state’s present GHG emissions of over 400 million MtCO2 per year, this is significant but not the silver bullet needed. Decarbonization must occur for the majority of sectors by actually getting rid of fossil fuels.

However, 60 million MtCO2/yr is just about what the electricity sector emits, so this level of CCS could completely decarbonize electricity generation in the state.

The CO2 would be stored mainly in depleted oil reservoirs and saline formations, many of which occur in the central valley and down through to Los Angeles. The same geologic formations and structures that trap oil and gas, trap CO2.  But the length of pipelines needed to transport and store 60 million MtCO2/yr will be large, along with in the large number of injection wells, an infrastructure need rarely discussed.

Indeed, despite the $5 billion allocated in the infrastructure bill for CCS, there is not a lot of planning on how to implement CCS or how to address the mundane hurdles like revising EPA rules for permitting both wells and pipelines for this purpose.

There is a way to increase the CCS potential a thousand times. Dr. Pete McGrail, leading a group of scientists at Pacific Northwest National Laboratory, has figured out, and demonstrated in the field, how inject carbon dioxide into rock so that it turns into rock itself, reducing the CO2 volume and increasing the CCS potential in California by a factor of over a thousand.

Just inject thousands of tons of CO2 dissolved in water a half-mile down into a particular volcanic rock, called a vesicular basalt of which California has plenty, so that the CO2 precipitates naturally as limestone and other carbonate minerals. Being a solid instead of a gas means no worries about CO2 leaking back out into the atmosphere, no worries about induced earthquakes, and less worry about space.

The PNNL project demonstrated in the field how to reduce the time to move CO2 from the gas phase to the solid phase from a thousand years to just two. And California has plenty of basalts at various depths.

So just like the technological breakthroughs that are still occurring for nuclear, for energy storage and for many other energy-related technologies, CCS is no different. It should be part of any decarbonization plan.

Denial of responsibility! TechCodex is an automatic aggregator of the all world’s media. In each content, the hyperlink to the primary source is specified. All trademarks belong to their rightful owners, all materials to their authors. If you are the owner of the content and do not want us to publish your materials, please contact us by email – [email protected]. The content will be deleted within 24 hours.
CarbonCCSClimate ChangecoalMcGrailNewsomoilPNNL
0
Share

A Huawei Mate X Rollable is in the works