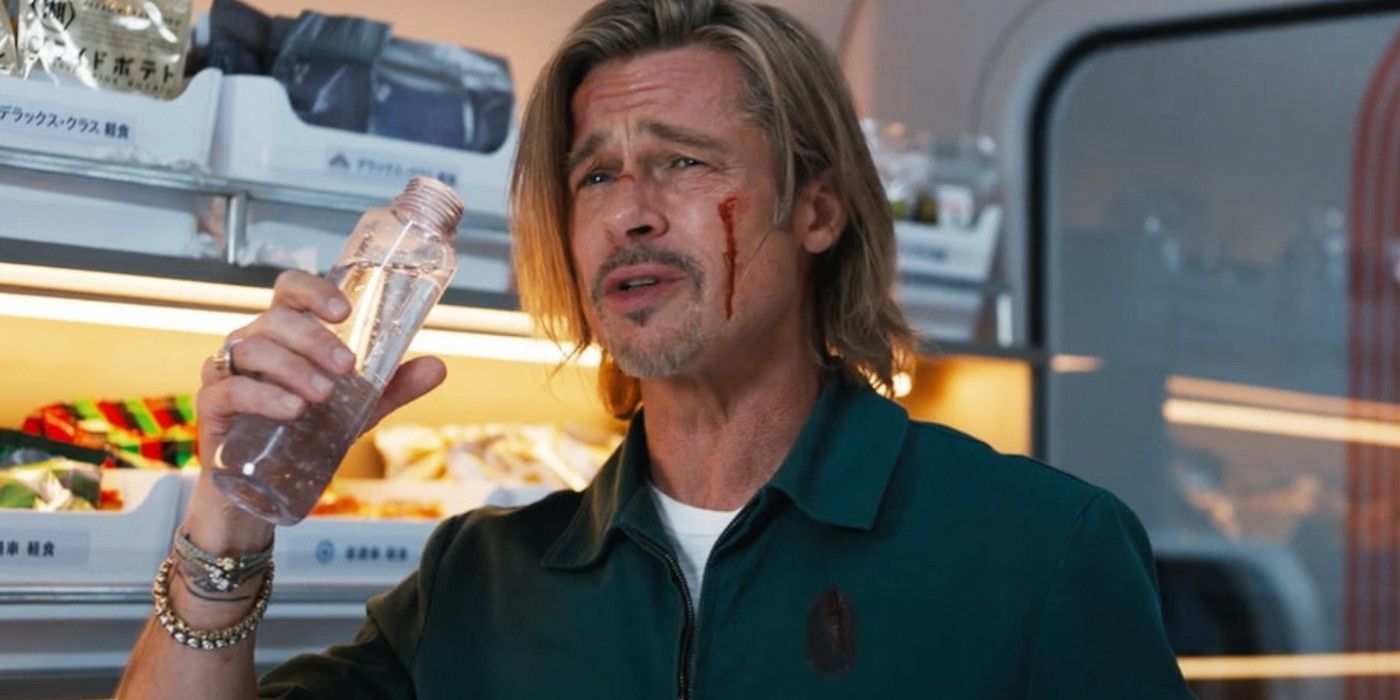 Sony’s Bullet Train is speeding along at the box office. With no competition in sight, the action film is expected to retain the top spot on the weekend charts with an estimated $13 million, after $3.86 million on its second Friday. Bullet Train had opened to $30 million in its debut weekend, and has now made a so-so $54 million domestically.

With a reported budget of $90 million, the film still has miles to go before it can be counted as a bonafide success. Starring Brad Pitt and directed by his old stunt double David Leitch — although Leitch is now arguably one of the most sought-after action directors in the business — Bullet Train is being touted as an original tentpole, but is actually based on a novel by Kōtarō Isaka. In the film, Pitt plays an assassin who faces off against a gauntlet of mercenaries aboard a bullet train in Japan. The picture also stars Aaron Taylor-Johnson, Joey King, Brian Tyree Henry, Michael Shannon, Sandra Bullock and Bad Bunny.

This is Pitt’s first major box office play since 2019’s Once Upon a Time in Hollywood, which ended its worldwide run with $374 million — but that film also had the combined star-power of Leonardo DiCaprio, Margot Robbie and Quentin Tarantino working in its favor. Pitt was last seen in an above-the-title role in director James Gray’s cerebral science-fiction film Ad Astra, which ended up grossing $135 million worldwide. Earlier this year, Pitt appeared in a well-publicized extended cameo in The Lost City, which grossed $190 million worldwide.

RELATED: The 9 Best Movies Set On Trains, From ‘Snowpiercer’ to ‘Strangers on a Train’

Overtaking newcomers and holdovers alike, Top Gun: Maverick is looking to claim the number two spot in its 12th week of release, after slipping out of the top five for the first time last weekend. With an estimated $6.5 million haul this weekend, the biggest film of Tom Cruise‘s career is looking to expand its domestic gross to $673 million. It’s just days away from overtaking Avengers: Infinity War ($678 million) on the all-time list, and will then set its sights on breaking into the top five by zooming past Black Panther‘s $700 million lifetime haul.

Warner Bros’ DC League of Super-Pets will claim the third spot after a $1.9 million third Friday. The animated film is expected to take its domestic gross to around $53 million by Sunday — a so-so result for a kid-friendly film with overt franchise ties and the winning combination of Dwayne Johnson and Kevin Hart providing voice-work. Jordan Peele‘s original sci-fi spectacle Nope will take the fourth spot with an estimated $5 million this weekend. The film has already passed the $100 million mark domestically, and will now set its sights on international markets. Rounding out the top five was Disney’s Thor: Love and Thunder, which is looking to add another $5 million this weekend, taking its running domestic total to $325 million.

Elsewhere, last week’s debutant Bodies Bodies Bodies expanded into a wide release this weekend, and is expected to claim the eighth spot with a $3 million haul. The week’s two other new releases — the survival thriller Fall and the body-swap comedy Mack and Rita — are expected to make between $1 million and $2 million each.

Bullet Train is essentially the final film of the summer movie season; you can expect a long, dry spell at the box office for the next few weeks. Watch our interview with Leitch below, and stay tuned to Collider for more updates.

Now DoorDash could start delivering your Facebook Marketplace purchases, too