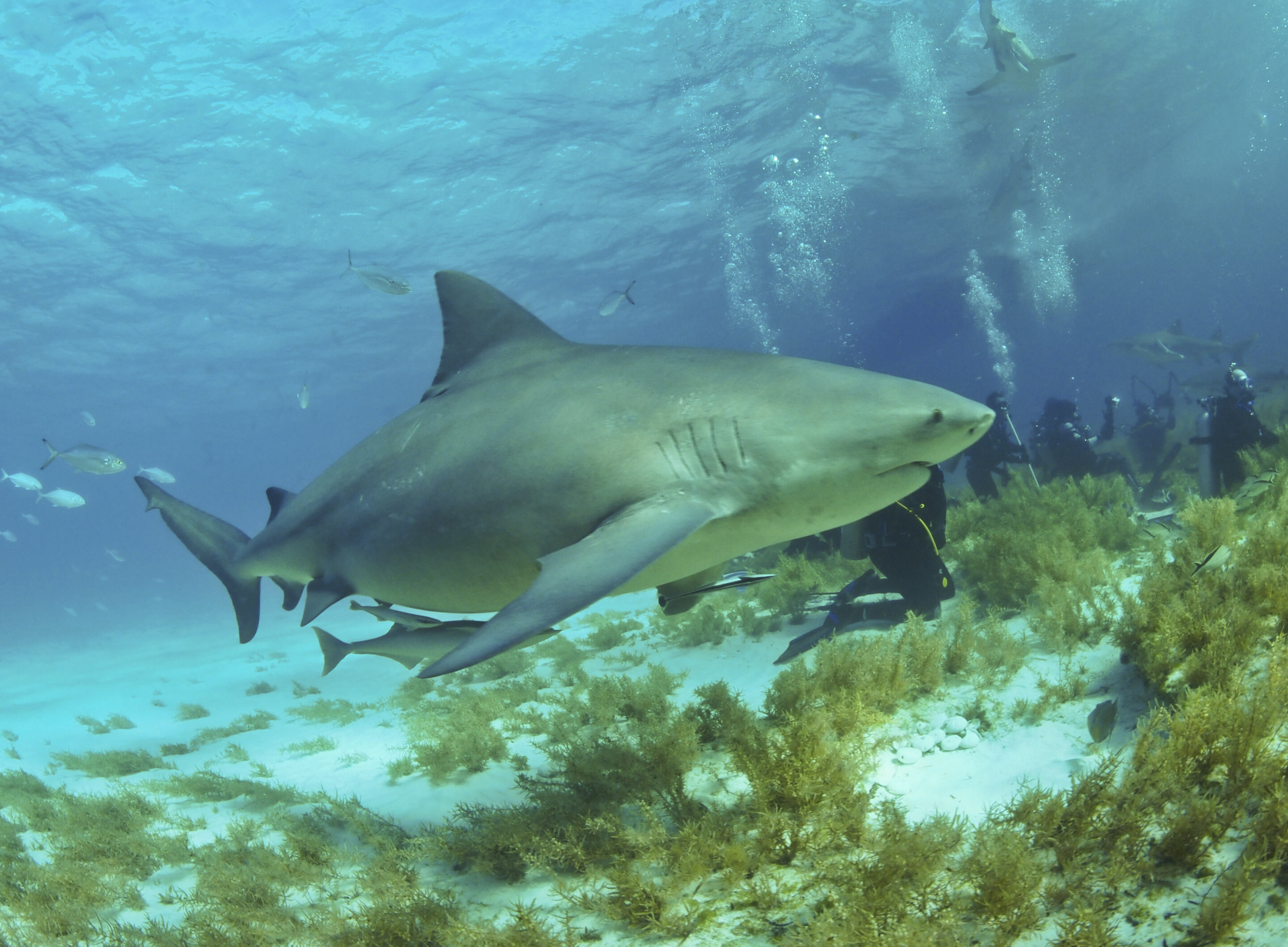 Juvenile bull sharks generally remain inside rivers, sheltered by mangroves while they are young and more vulnerable to predators, before moving out into coastal habitats. Until now, scientists assumed they relied on these mangrove habitats, rather than saltmarsh, to derive their nutritional needs via the crustaceans and fish that feed off mangrove.

The first-of-its-kind study examined the importance of estuarine habitats as feeding grounds for juvenile bull sharks in the Clarence River, in the Northern Rivers District of New South Wales.

Tissue samples were analyzed from 55 juvenile bull sharks that had previously been landed by commercial fishers. Using a complex scientific technique called ‘stable isotope analysis’, the samples were compared with primary producer samples and organic matter taken from various areas in the Clarence River.

Co-author of the study, Dr. Vincent Raoult from the University of Newcastle said the findings were surprising.

“We found that once these juvenile bull sharks reach around four years of age, they move towards the mouth of the estuary and prey on fish and other species that rely mostly on threatened salt marsh habitats,” Dr. Raoult said.

“Bull sharks are predators and do not feed directly on any of the primary producers sampled in this study, but on the herbivores such as fish that consume saltmarsh.”

“Surprisingly, mangrove habitats had limited contribution to the diet of juvenile bull sharks.”

Under attack from climate change

Dr. Raoult said he was fascinated but concerned to discover that saltmarshes are in fact more nutritionally important than mangroves in the diet of a young bull shark.

“Saltmarsh is under threat. In Australia and globally, it’s disappearing due to urbanization of coastal areas and climate change,” Dr. Raoult said.

“It’s estimated we’ve already lost 50 percent of our salt marshes across the world.”

“Saltmarsh is what we call a ‘coastal primary producer’—it supports a range of organisms, such as crustaceans, elasmobranchs, and teleost fish, which are then preyed on by juvenile bull sharks.”

This research is important to inform adaptive management strategies aimed at reducing the impacts of climate change.

Lead author of the paper Dr. Yuri Niella from the School of Natural Sciences at Macquarie University said we need to protect saltmarsh from further threat.

“In the Clarence River, these habitats are not only important for bull sharks but also to a number of fish and crustacean species,” Dr. Niella said.

“This means that the restoration of saltmarsh habitats there could not only benefit bull sharks, but is also likely to cause an increase in economic profit from an improvement in fishery catches.”

“Understanding the importance of estuarine habitats for the animals living in these areas can help inform targeted management decisions to achieve the best outcomes for both people and animals.”

The research was published in Estuarine, Coastal and Shelf Science.

Baby sharks know when to run away from hurricanes