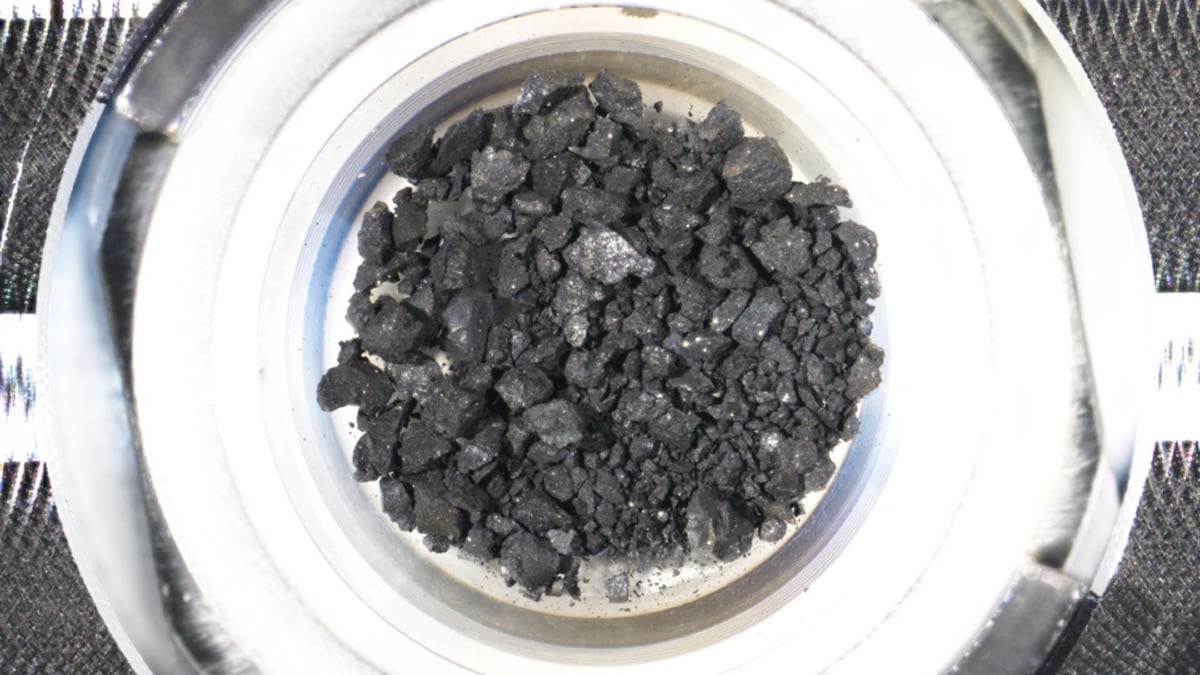 Scientists have discovered the building ingredients of life on an asteroid in space for the first time. More than 20 amino acids have been identified on the space rock Ryugu, which is more than 200 million miles from Earth. Scientists studied materials taken from the asteroid by the Japan Aerospace Exploration Agency’s (JAXA) Hayabusa2 probe, which landed on Ryugu in 2018. The spacecraft retrieved 0.2 ounces (5.4 grams) of material from the asteroid’s surface and subsurface in 2019, stored it in an airtight container, and returned it to Earth. Ryugu is made up of several small boulders rather than a single huge boulder.

Ryugu is rich in carbon-rich organic stuff, much of which is thought to have come from the same nebula that gave birth to the Sun and the Solar System around 4.6 billion years ago. Water has also been found on the asteroid, according to previous sample research.

The pitch-black asteroid samples, which only reflect 2 to 3 percent of the light that touches them, have not been modified by interactions with Earth’s environment, giving them a chemical makeup far closer to that of the early Solar System.

Geochemist Nicolas Dauphas, one of the three University of Chicago researchers who worked with the Japan-led team of scientists, said that they only had a few of these rocks to analyse earlier, and they were all meteorites that had been housed in museums for decades to centuries, changing their compositions. So, Dauphas added, it was remarkable to have immaculate samples from outer space because they are eyewitnesses from places of the solar system nobody has visited before.

Hiroshi Naraoka, a planetary scientist at Kyushu University and the leader of the team that looked for organic matter in the samples, said while outlining the findings at the Lunar and Planetary Science Conference in March that they found a variety of prebiotic chemical molecules in the samples, including proteinogenic amino acids, polycyclic aromatic hydrocarbons akin to terrestrial petroleum, and a variety of nitrogen compounds.

Sample analysis initially found 10 amino acid kinds, but the number has already risen to more than 20. Amino acids are the basic building blocks of all proteins and are required for life to exist on our planet.

The first collection of these findings, published in Science, reveals Ryugu’s makeup.

For now, the researchers are analysing Ryugu samples, and additional information about the asteroid’s makeup will be released soon.

Denial of responsibility! TechCodex is an automatic aggregator of the all world’s media. In each content, the hyperlink to the primary source is specified. All trademarks belong to their rightful owners, all materials to their authors. If you are the owner of the content and do not want us to publish your materials, please contact us by email – [email protected]. The content will be deleted within 24 hours.
amino acidsasteroid 200 million miles earth space building blocks of life ryugu hayabusa2 asteroidEarthhayabusa2jaxaryugusolar systemSun
0
Share