BT Broadband has just been beaten – is it time to switch your provider? 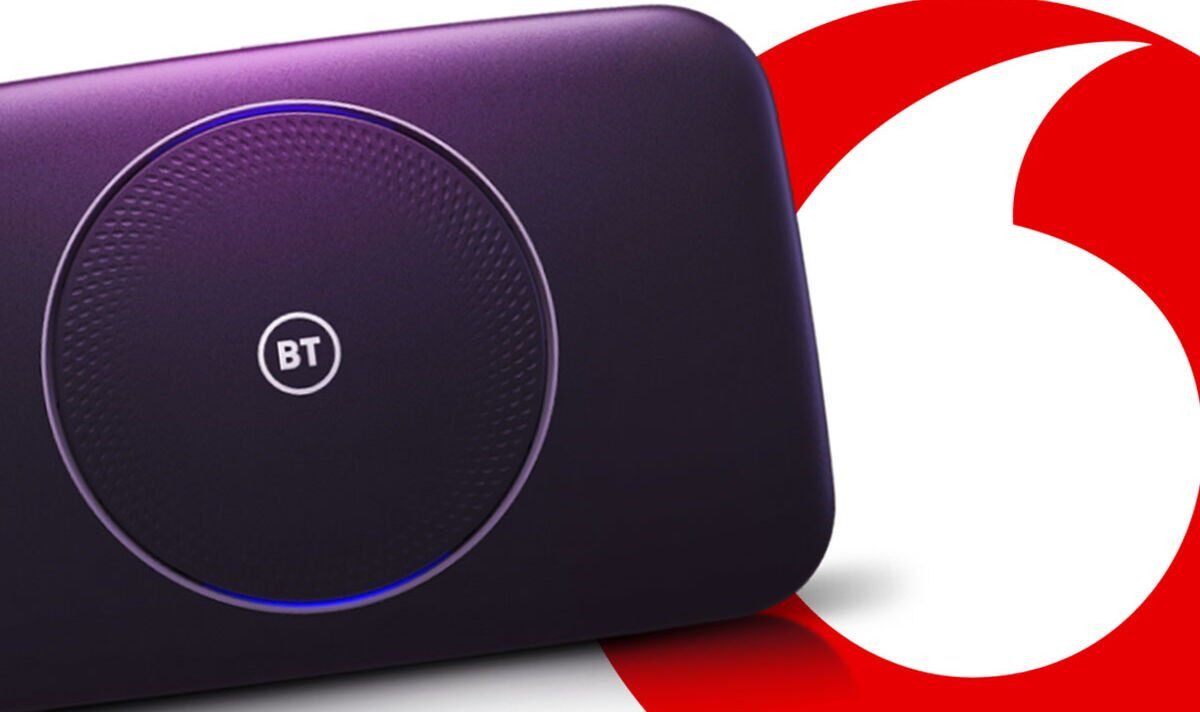 Vodafone has just made a bold statement with the UK network claiming that it now offers faster and cheaper broadband speeds in more homes than BT. The company says that recent upgrades are now allowing it to beam speedy full-fibre into over eight million properties which is around 700,000 more than BT can muster.

If you weren’t already aware, full Fibre to the Premises (FTTP) is much quicker than older technology as it brings high-speed cables right through the walls of your home. That’s compared to the majority of British properties where the final journey of the broadband enters via ageing copper cables that simply can’t cope with today’s needs. The best speeds possible via a standard line is around 70Mbps – that’s compared to around 1,000Mbps via FTTP.

One of the reasons that Vodafone has managed to beat BT to the eight million milestone is that firm is using both Openreach and CityFibre infrastructure.

That’s given them a slight advantage as the BT only uses its own Openreach network to supply homes with fast full-fibre. A final boast that Vodafone is making is that it’s not only pumping faster speeds into more homes but also at a cheaper price.

If your current contract has ended it’s certainly worth checking to see what deals are available as you might find you can get a broadband boost and pay less for the privilege.

Speaking about the latest news Max Taylor, Consumer Director at Vodafone UK, said; “During the current cost of living crisis we want consumers to know there is no need to pay too much for an equivalent broadband product, and we urge them to take a look around to get the best price possible. Most major broadband providers, including Vodafone offer the same Openreach service so customers can switch their broadband and often save hundreds of pounds.

“As Vodafone now offers Full Fibre to 8m homes, more than anyone else, more families than ever before can get the most reliable broadband technology, at an affordable price from a brand they know and trust.”

Although Vodafone is offering cheaper broadband it is worth taking a look to see if any smaller broadband suppliers have arrived on your road as some are offering incredibly cheap deals.

For example, Community Fibre – which supplies large parts of London – currently has its 1Gbps broadband for just £35 per month which is £10 cheaper than Vodafone and £20 less than BT. Hyperoptic which is available in limited areas across the UK has a similar deal with those same fast speeds also on offer for £35 per month.

You can find all the best 1Gbps speeds and pricing here.

So do you actually need 1Gbps speeds?

Opting for 1Gbps speeds is perfect for busy homes that have lots of people trying to access the web at the same time. If your kids are all watching Netflix whilst you are attempting to join the weekly Zoom call then the faster your broadband is the better.

It’s also a good option if you love downloading movies or playing endless titles on your console.

A home with 1Gbps broadband will be able to whizz a 50GB game to a PS5 in just 7 minutes – that’s compared to almost two hours via standard 70Mbps.

New PlayStation Plus Is Available Now In The US