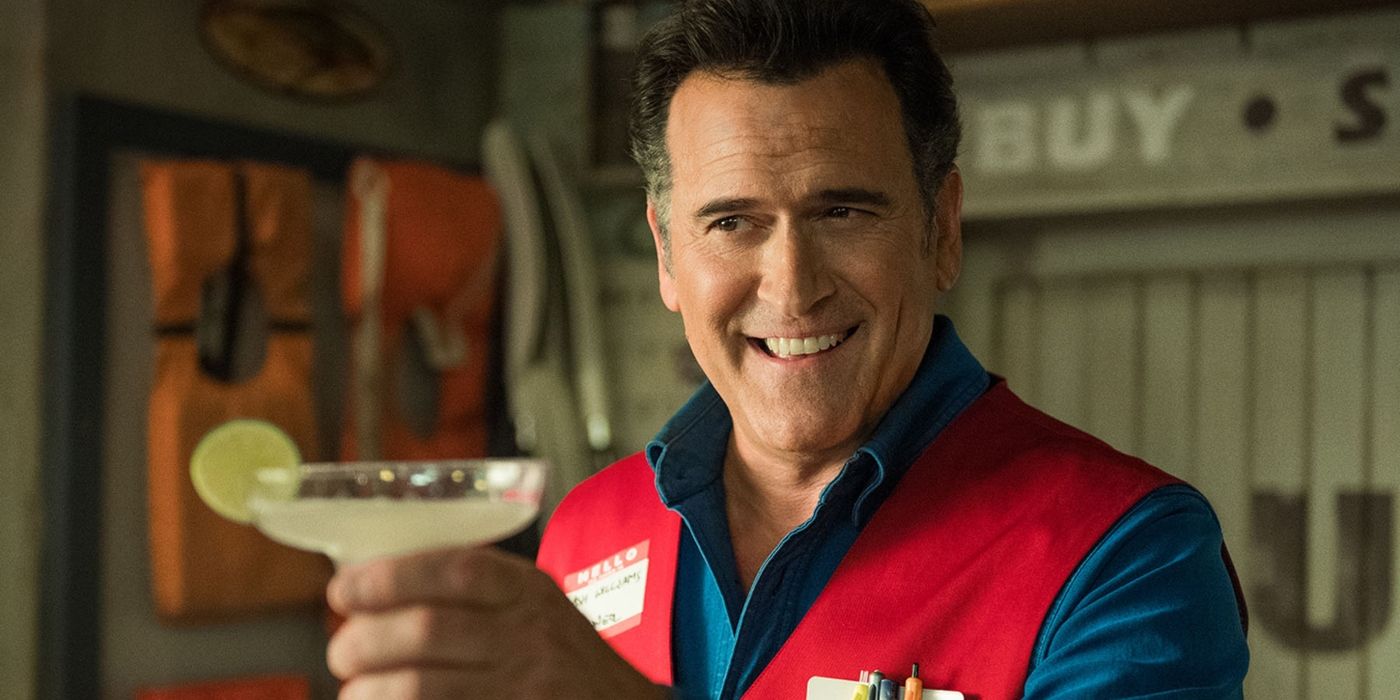 An interview held with the longtime star of the Evil Dead franchise Bruce Campbell at San Diego Comic-Con 2022 has given fans a reason to say “groovy!” In the interview, Campbell confirmed that the conversation about a new Ash vs. Evil Dead animated series has begun, meaning that new life could be breathed into the three-season series after its cancelation in 2018.

Campbell spoke on how the future of Evil Dead would be easier to express in animation since his voice hasn’t changed much and still resembles the franchise’s leading man Ash Williams. The 64-year-old explained it by saying, “”You can do the future a lot easier in animation. I still sound like Ash, and you know, my voice hasn’t been as beat up as my body has been so I can still do that crap. So I’ll still do the video game. And we’re already talking about an animated [series].”

This would not be the first time that Campbell proved voice talent for the character, having provided his voice to Ash when he was introduced to the asymmetric multiplayer horror game, Dead by Daylight as well as reprising his role in the recently released Evil Dead: The Game which was released back in May 2022. While Campbell spoke positively about the future of the series in an animated form, there is no word of when this series could be put into production or what the plot of it would be, though we can assume there would at least be a chainsaw and broomstick along the way.

Ash vs. Evil Dead is a TV sequel series to Sam Raimi‘s beloved Evil Dead trilogy, which was cancelled after three seasons on Starz after low viewership in its second and third seasons. Launching with 437,000 same-day viewers watching the premiere in 2015, that number only became smaller and smaller over the next three years, with the series’ viewership bottoming out on the second to last episode at just 130,000 and its finale bringing in 174,000 (sans DVR). The series concluded on April 28, 2018.

Campbell made his return to the Evil Dead franchise in Ash vs. Evil Dead reprising his role as series protagonist Ash Williams. Picking up 30 years after Ash returns from the Army of Darkness, Ash needs to step out of his normal life to once again battle against the forces of the Evil Dead. Check out the full interview with Bruce Campbell down below. Stay tuned to Collider for news coming out of SDCC 2022.

New study explores the prevalence of heatwaves in East Asia

Rogers making progress on agreement for carriers to switch 911 calls during outage: CEO