Bright Memory was created by a single Chinese developer, and we should stop and take the time to give FYQD the appreciation he deserves. Bright Memory is a fairly visually impressive game, with fast action and weather effects making the screen a near-constant visual feast. And that’s exactly what Bright Memory is aiming for – to be fast-paced and action-packed while looking beautiful, and when we first saw the trailer for Bright Memory Infinite that’s exactly what got everyone excited. But playing the game on one of the new Xbox Series consoles might be a bit more underwhelming than you might expect, down to no real faults of the consoles themselves.

Bright Memory follows Shelia, a girl who likes to move fast and shoot, I assume. She seems to have some history with the secret agent/mercenary types, and while moving into some secret base she finds her way into some mystical valley filled with reanimated corpses, bizarre monsters, and weather effects, of course. Shelia is talented when it comes to shooting down jobber soldiers and anything else that moves, so she’s well-equipped for the task of moving through the valley unscathed – mostly.

But before you even get to begin actually playing the game you’ll run into a handful of issues. First, you’ll notice look speed is way too low, and after shooting just a handful of enemies, you’ll likely notice screen-tearing issues. Problematic. So we jump into the settings, and immediately we realize that look speed doesn’t differentiate between horizontal and vertical axes, meaning the look speed will always feel a bit off when compared to any other console shooter. So then there’s the screen tearing, and we take a look at the graphics settings, and not only is V-Sync here, and disabled by default (why?) but so are several other PC settings, including texture resolution, shadow resolution, and more. Well, at least we can see they’re set to high by default, and enabling V-Sync makes the tearing problems disappear with no noticeable dip to the framerate. Still, combine the poor controller compatibility to odd graphics options and a digital mouse cursor on many of the menus, and you have yourself what is quite obviously the PC version of the game, rushed into existence on Xbox Series X|S.

But once you’ve enabled V-Sync and adjusted controller settings to an “acceptable” level what you’ll find from Bright Memory is a bit of a mixed bag. The shooting, for example, is perfectly serviceable, decent and I can’t complain too much. The problem is that at some points it feels like all enemies are bosses from Serious Sam, where you’re reduced to doing nothing but aiming, firing, and strafing around a bullet sponge. Luckily to help with the strafing Shelia has a trusty, speedy dash – which can only go either sideways or backward, never forwards – which is a little odd, especially if you just got used to DOOM Eternal’s dash system as I did. Nevertheless, I used it as it was apparently intended, and simply aimed at my foe while strafing and dashing away – which may have led to me falling off a cliff once or twice because, of course, you can’t actually see where you’re boosting to.

The enemy creatures you fight are a little unusual and sometimes strike me as something mashed together from two pre-made asset packs, like the weird monster tigers, or the savage wolf-man-monster-thing. But it doesn’t take long for many of the enemies to feel like a tiring trial, and not a fun romp through monster-slaying like DOOM or even Shadow Warrior. There are a few aspects of the game here that feel a lot like Shadow Warrior, including the mysterious abilities Shelia can use in battle, and her katana which she can use to chop down foes. There are moments when all of this comes together and shines, like using an EMP pulse to make enemies float in the air (not sure why this happens but roll with it) and then slashing them to pieces with your blade. All of Shelia’s abilities are on fairly relaxed cooldowns, so you can take enemies down with your best moves at almost all times. But again, this becomes tiring before Bright Memory is over – and Bright Memory is over fast. 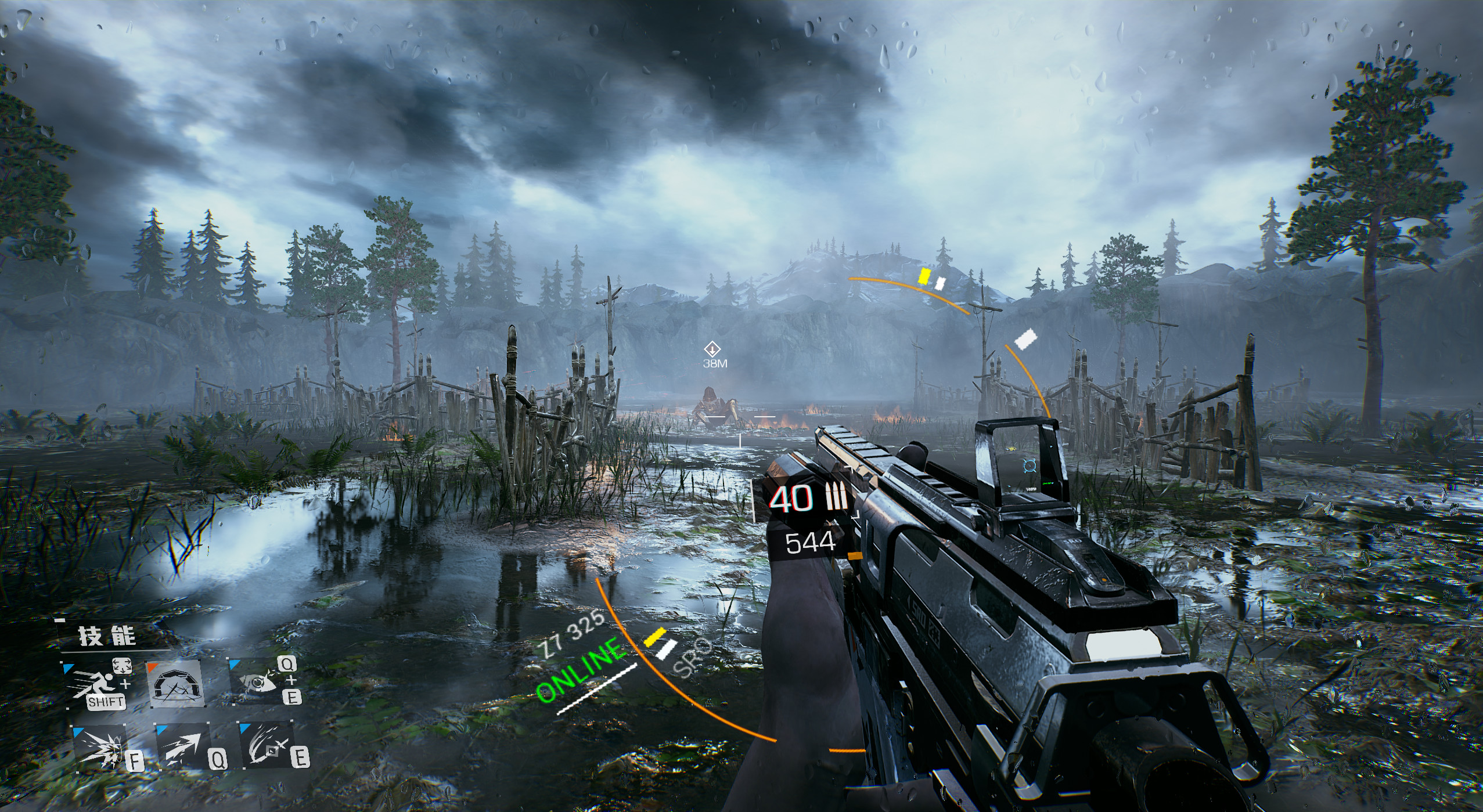 As mentioned, this game is essentially episode one of, or a prologue to, Bright Memory Infinite, the full-fat retail game that this will eventually become. But that also means that you’ll be done with Bright Memory in about 30 minutes. You do unlock more costumes and can return to run through the game again on different difficulties, but there won’t be much dragging you back to play through it again unless you don’t have many new Xbox games, or you just want to show it to a friend.

Because when you first put your hands on the controller, Bright Memory feels pretty new, fresh, and fun – at least after you’ve tweaked the settings. The problem is that despite being so short, Bright Memory already feels old-hat before you’re done, with games like DOOM Eternal and Shadow Warrior 2 absolutely being similar games, but better packages. Right now you could play Bright Memory if you really want to see what it’s all about, but even the admittedly nice visuals can’t polish what is, essentially, a demo for a game not yet released.

Bright Memory isn’t inherently bad, but it feels like a demo for a game that promises to be bigger and better. In addition to that, it’s not the best showcase for the new features of the Xbox Series X|S. Regardless, it’s a fun romp, but you shouldn’t go in expecting this to feel like a full-fat action shooter, because it’s not that, not yet.

The Civilization 6 New Frontier Pass: Babylon Pack is out next week