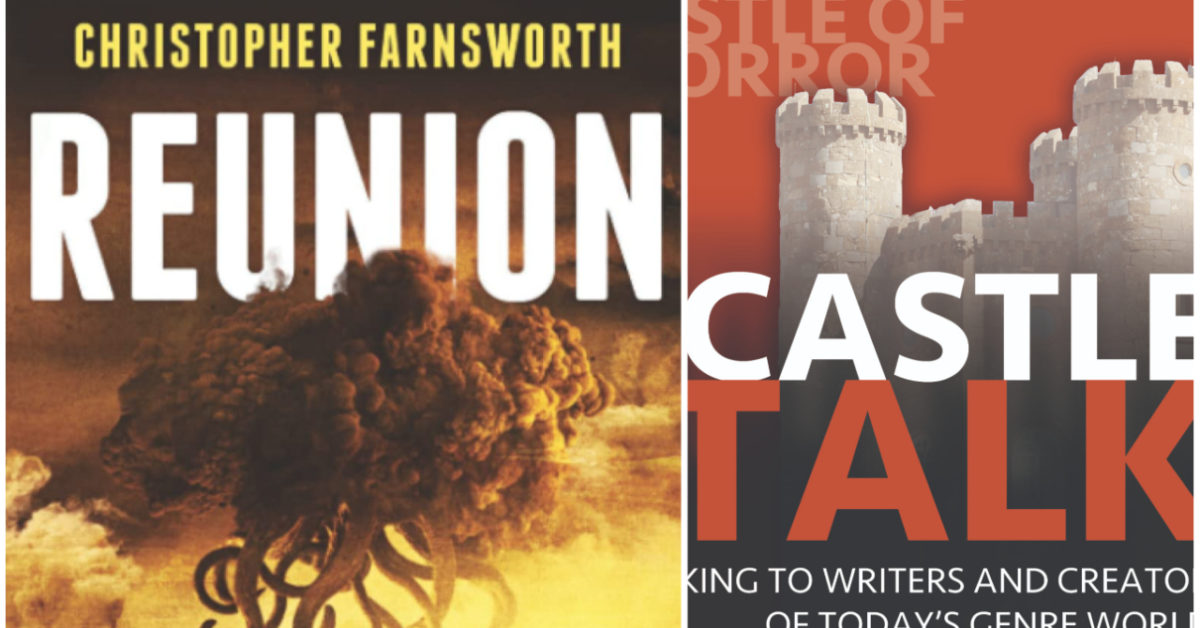 In this episode of Castle Talk, Jason chats with Christopher Farnsworth—he’s the author of the new book Reunion and seven other novels, including Flashmob, which was named one of Publishers Weekly’s Best Books of the Year, Killfile, and the acclaimed President’s Vampire series. He has also written a novella with mega-selling author James Patterson, and worked as a screenwriter and journalist. He has twice been a finalist for the

Goodreads Choice Awards and his books have been translated into ten languages and published in more than a dozen countries, and optioned for film and TV.

A girl detective. A boy genius. A warrior princess. A young magician. Four young people with extraordinary gifts.
For years, they solved mysteries, caught crooks, and slayed monsters. They were secret heroes, keeping an idyllic small town in the middle of America safe from the things that lurked in the dark.
Then, the year of their high school graduation, the darkness came for them.
During what the media called “New Year’s Evil,” a demonic force rose to turn their hometown into a literal Hell on Earth.
They gathered to stop it. They fought. And they won.
The rest of the world never discovered the truth behind the disaster. For 20 years, the four tried living like normal people.
Now their past is coming back to haunt them.
The darkness is gathering once more. They’re summoned back to their hometown to face it, along with everything else they left behind.
Last time, they saved the world. This time, they’ll have to do something much harder.
They’ll have to save each other.
For fans of Stephen King, Neil Gaiman, and Victoria Schwab, Reunion is the story of what happens when the good guys grow up.

Farnsworth chats about his process and the idea of a story that is very like if It were populated by thinly-veiled famous characters.

Rogers making progress on agreement for carriers to switch 911 calls during outage: CEO