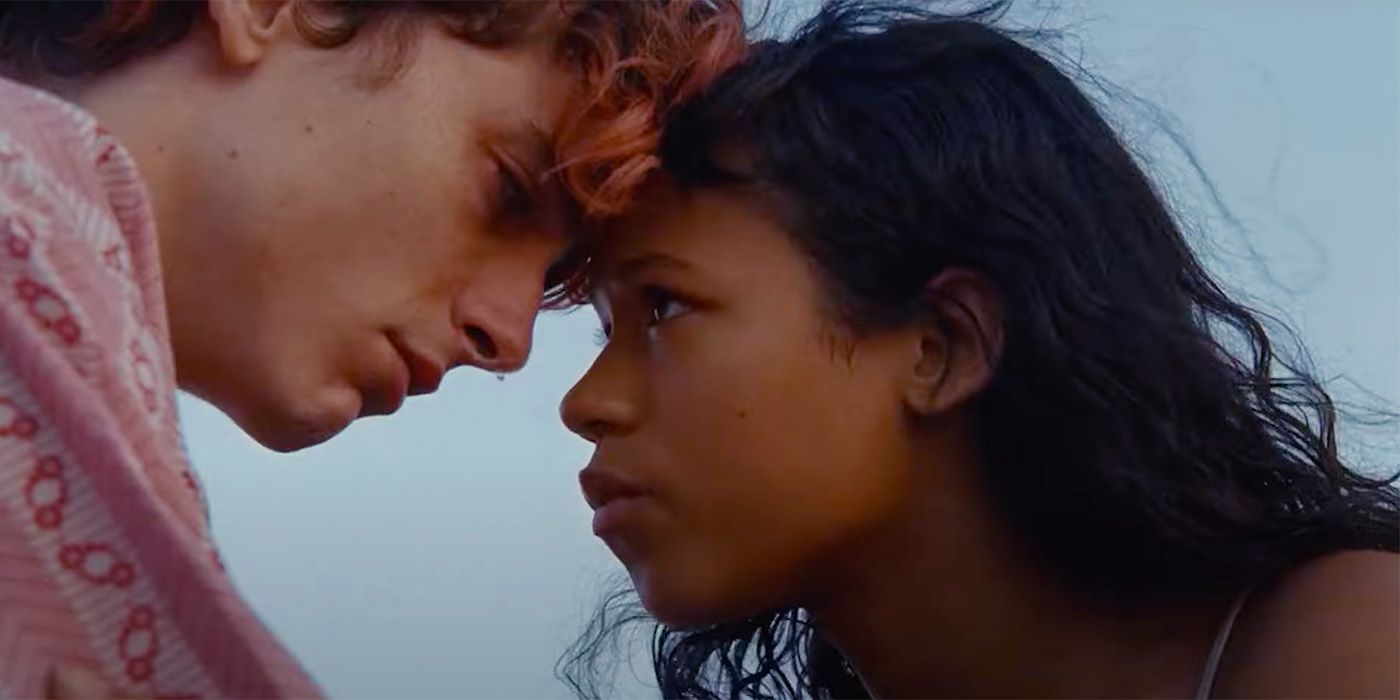 Heartthrob Timothee Chalamet will break your heart and then devour it in his new upcoming cannibal horror film called Bones and All. Production company MGM has released a new official trailer for the film, and it tells a twisted yet strangely romantic coming-of-age story.

The trailer opens with teenager Maren (Taylor Russell) and her new friend, who are painting their nails and relaxing during a sleepover. As they lay next to each other, Maren grabs her friend’s hand in an apparently intimate gesture, before she bites off her finger. The scene erupts into chaos as her friend screams and tries to fight off Maren, before Maren bolts out of the front door and out of sight. The second half of the trailer shows glimpses of Maren struggling to cope with her hunger for human flesh, before she meets dreamy Lee (Timothee Chalamet), who is a young serial killer that falls in love with Maren and shares her affinity for cannibalism. The final part of the trailer depicts Maren and Lee on the run across Reagan-era America, as they avoid the law while pouncing on unsuspecting prey. They also seem to encounter another cannibal, an older man named Sully (Mark Rylance), who has the uncanny ability to smell flesh from over half a mile away. At one point in the trailer, Sully gives the ominous warning “I came looking for you. I smelled you. And I got rules: Never, ever, ever eat another eater.”

The film is based on Camille DeAngelis novel of the same name, and is a romance horror drama. Italian director Luca Guadagnino is familiar with the obscure genre of blood romance, with similar films including Suspiria, Call Me by Your Name, and I Am Love. The film is produced by Guadagnino, David Kajganich, and Peter Spears, and stars Chalamet, Russell, Michael Stuhlberg, Chloë Sevigny, and Jessica Harper. Many of the supporting cast have worked with Guadagnino before and have appeared in several of his other films.

RELATED: ‘Bones and All’ Release Date, Trailer, Cast, and Everything We Know So Far

Bones and All is not the only film that deals with the stomach-churning topic of cannibalism. 2016’s Raw, 2013’s The Green Inferno, and the classic film The Silence of the Lambs all drew both high acclaims and scathing critiques of disgust. The genre is definitely controversial and not for the faint-of-heart, and Bones and All is already drawing headlines. It’s still too early to tell how it will be received, but it certainly contains a talented cast that promises a great performance.

Bones and All arrives in theaters on November 23. Checkout the official trailer below: