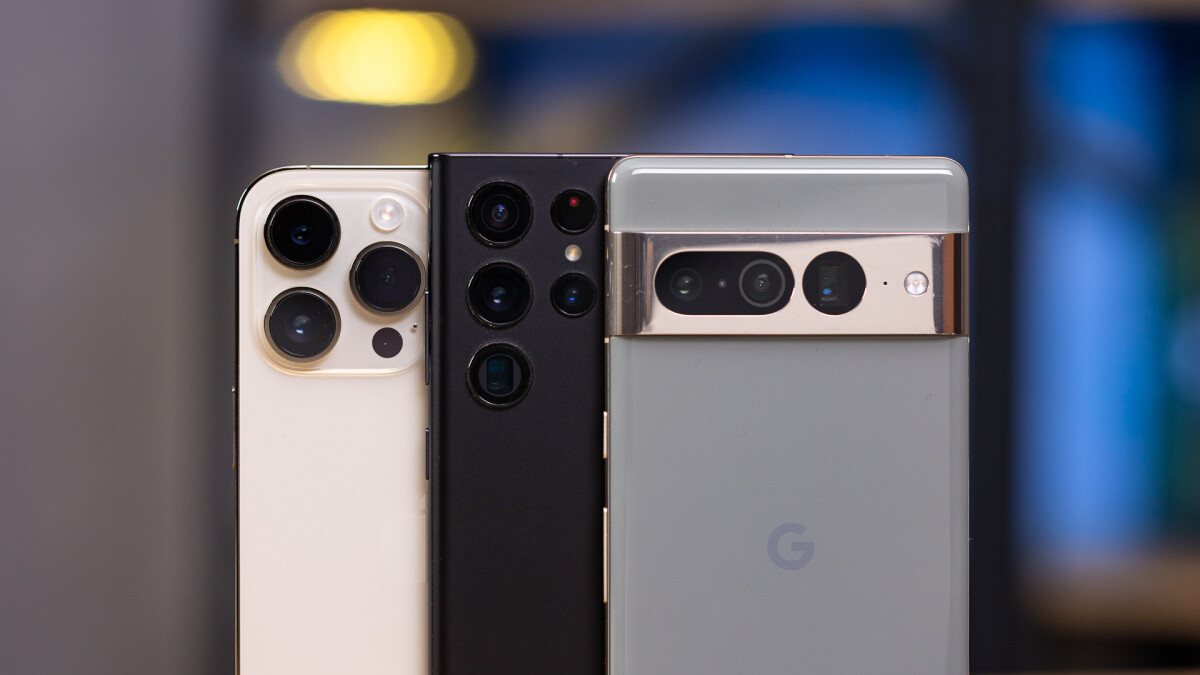 0
Share
Ah, blind camera comparisons, where both camera neophytes and experienced pixel peepers can mutually enjoy a high-stakes race between the top camera phones on the market.
All photos are “anonymous” having had their EXIF information purged, meaning that try as you might, you can’t find out which phone took what photo, and the only person in the whole wide world with the correct key to the puzzle is yours truly.

The polls are closed and the official results are in! Each and every poll below has been updated with the correct phone that took each photo, allowing you to quickly check up your answers with the key and see if you’ve nailed it… or not.

Overall, here’s the total average of how the Pixel 7 Pro, the Galaxy S22 Ultra, and the iPhone 14 Pro Max stack up in this blind camera comparison according to you:

Quite a landslide victory for the Galaxy S22 Ultra, but it’s definitely deserved. Our Galaxy S22 Ultra review and subsequent experience with both the Exynos and Snapdragon versions of the phone have proved that it’s easily one of the most complete devices you could get in 2022, with the most versatile camera setup, feature set, and excellent value despite its premium price tag.
The upcoming Galaxy S23 Ultra will be building on a very strong foundation, so we are keeping our hopes up.

Let’s kick it off slow with a regular wide-angle shot I took during a mid-afternoon walk in the woods. Ah, the great outdoors!

While many will swear by the ultra-wide angle camera as the most appropriate one for landscape photography, it’s actually telephoto and zoom lens that take more captivating photos. Quite counter-intuitive, I know, but often times, you need to get closer in order to tell a more captivating story.

Did you know that trees consist of 99% cells, with only a total of 1% of all cells being what we consider “alive”? Well, I didn’t, but now we all do. And did you know that you can use a ultra-wide camera to capture multiple trees in the frame? I bet you did!

I don’t really know what is with this building, but it always attracts me when I go out for a photo sample-taking session. Could it be the clean style, calming paintjob, or the mystery of what lies within? I guess we’ll never know. Anyhow, which photo do you prefer here?

In this scene, we attempt to take a good picture of the local department store, but due to geographical reasons, we have to shoot mostly in contre-jour, with a strong lighting in the background. In this particular case, we managed to get the sun out of the picture, but we will be testing a more extreme HDR scene later on. Anyway, which photo do you prefer here?

Floral paradise! Each of our three contestants boast superb macro-shooting capabilities. The trio can do that by utilizing the ultra-wide angle camera, which can focus from much closer than either the wide-angle or telephoto cameras, and crops the center of the frame. The resulting macro shots are usually tack-sharp and largely immune to motion blur from sudden subject movements, but sadly, the background bokeh is not as pleasing as with the narrower cameras.

Well, well, well, if it isn’t one of the cooler bronze statues in my city! It depicts a famous local architect who lived nearby more than a century ago. What’s cool about this statue is that it breaks the mold of similar memorials and has the subject sit on a actual public bench. Super-cool!

Remember about that extreme HDR scene we teased a couple of galleries ago? Well, here it is! At the time of taking those three photos below, it was hard to capture the façade of the bookstore without having the sun in the picture as well. In fact, it was possible, but I wanted to challenge the three phones as much as possible… for flares galore! Which phone did the best job here?

Finally, we have a beautiful sunset shot in near-dusk lighting. Which phone fared the best?

Somebody Else Would Love to Remake ‘The Mummy,’ but at Least It’s a Good Director