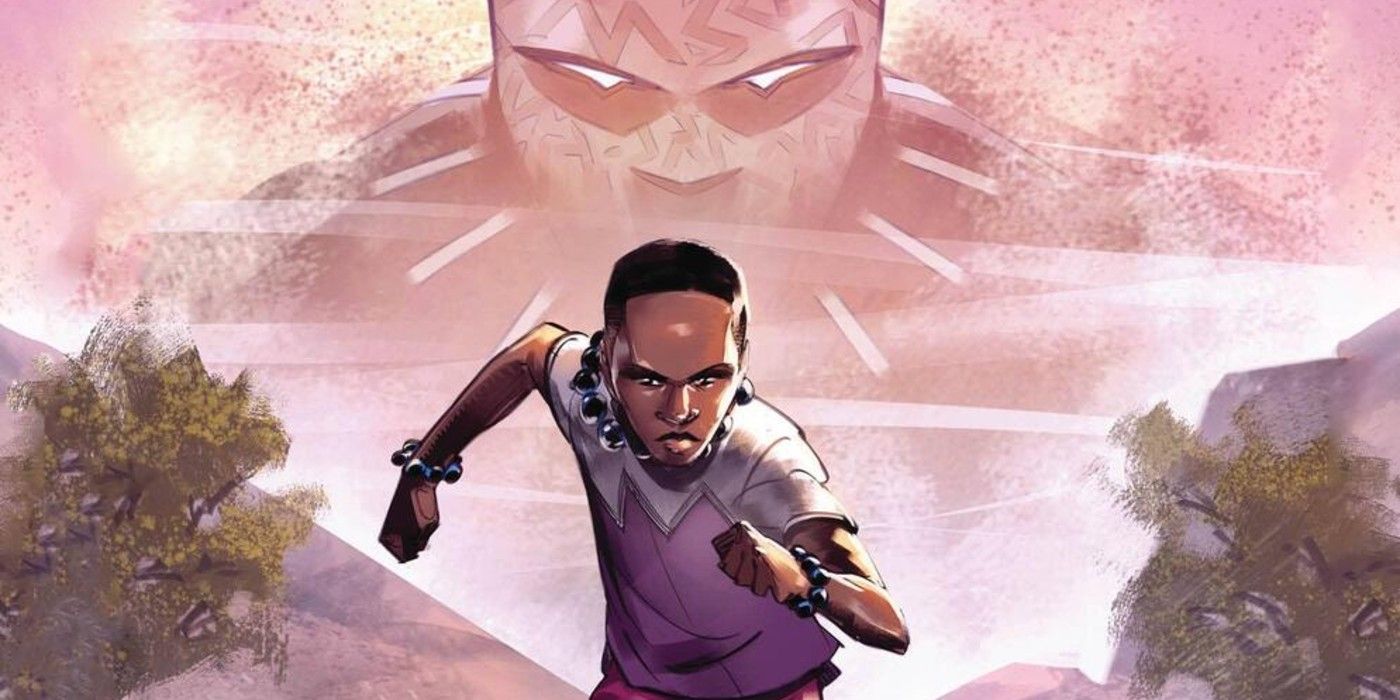 Marvel Comics is kicking off a Young Readers comic line with Black Panther Legends #1. Releasing in October, the comic will be the debut issue of the first Marvel Legends series. The MCU’s Black Panther film featuring the hero already inspired young viewers around the world, and the comics are working to build on that momentum. Geared towards middle-grade readers, Black Panther Legends will add new elements to T’Challa’s classic origin. The Marvel Legends range is intended to entertain new and existing fans, revealing fresh layers to established stories.

Black Panther Legends – a story which focuses on a young T’Challa, before he becomes the Black Panther – will be written by Tochi Onyebuchi with art by Setor Fiadzigbey. Onyebuchi is a Nigerian-American Nebula and Hugo award nominee, who has written novels that include Riot Baby, the War Girls series, and Beasts Made of Night. His comic debut was a story in Marvel’s Voices: Legacy #1. Setor Fiadzigbey is a Ghanaian illustrator who has provided art for the Game Day Early Readers book series, Bunheads (written by ballerina Misty Copeland), as well as storyboards, character design, and comic production.

This four-issue series recently announced by Marvel plans to revisit some of the most important moments in T’Challa’s story. It will show his teen years, when he meets Ororo Munroe, aka a pre-X-Men Storm. It will also show his invitation of the Fantastic Four to Wakanda. Black Panther’s life story is getting a fresh start. Already this series is very exciting, as it brings together the world of Wakanda with the superheroes who have played a big role in shaping its future within the comics. Young fans may know how T’Challa became king initially and about some of his iconic foes. However, now they’ll get a closer look at how his romantic relationship with Storm began, the brother they may not know he even has, and Wakanda’s relationship with other heroes yet to appear in the MCU. Enjoy the first issue’s cover and summary below:

Onyebuchi has expressed a desire to explore T’Challa’s childhood in a specific political and social context, slipping slightly outside the always-shifting timeline of a character introduced in 1966 and more popular in 2021 than ever. This idea echoes previous comic projects like Spider-Man: Life Story, and promises to offer a consistent vision of T’Challa’s life that will give existing fans a new experience of Black Panther while providing younger readers with everything they need to enjoy Black Panther Legends as a standalone version of the MCU hero’s story.

Marvel and the creative team are clearly very excited about this upcoming series, and with a team like this, fans likely will be too. Black Panther’s story is well-known, but there’s more to it for fans of all ages to explore. Black Panther Legends #1 will release in October 2021.