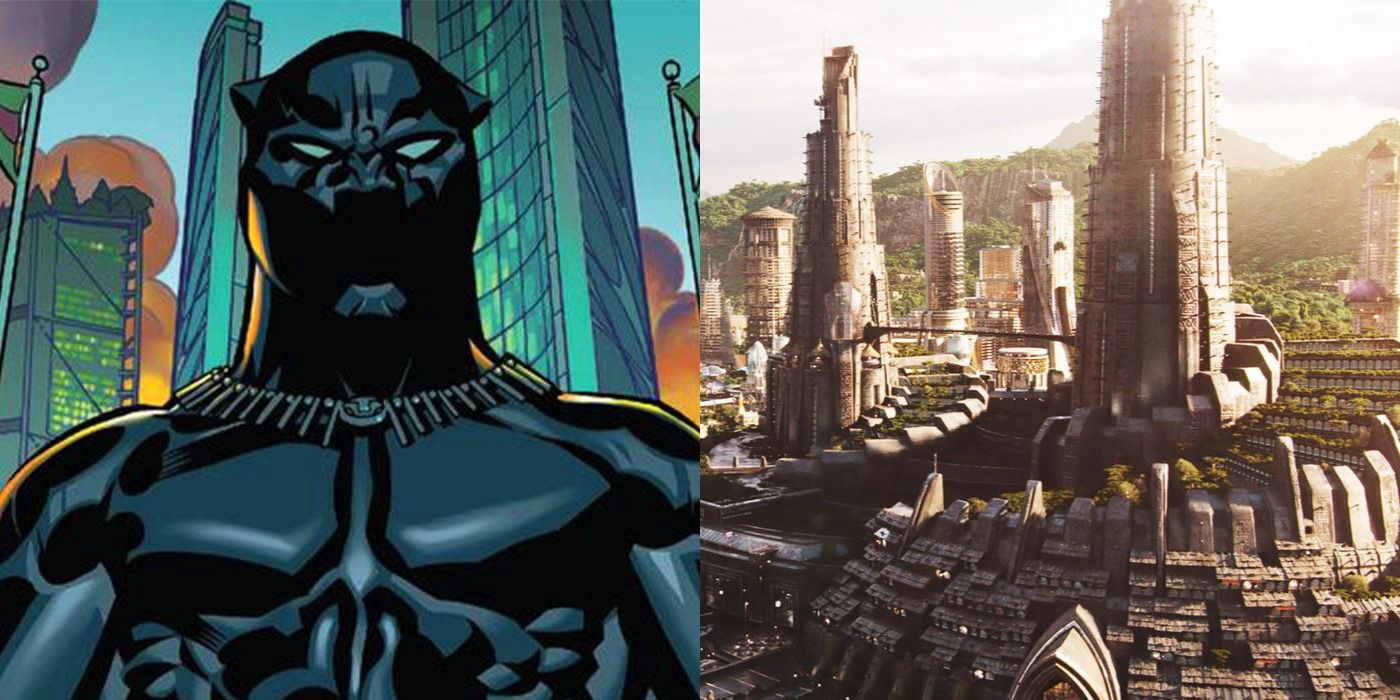 The release of Black Panther made their comic book counterparts popular in the mainstream, as the Marvel Cinematic Universe movie managed to capture significant interest. One hugely appealing aspect of the film was its setting, the country of Wakanda, which is easily the most advanced civilization that has ever been shown as far as fictional countries are concerned.

RELATED: 10 People Nakia Could Have Been With In The MCU (Other Than T’Challa)

Although the movies have done a good job in adapting this hidden nation, there are still quite a few things about Wakanda that are still known primarily to comic book fans. Still, the broader audience tend to have questions about Wakanda’s history and overall nature. It’s definitely worth discovering more about the kingdom run by King T’Challa, along with points of interest related to the history of the Black Panther.

9 Where Is It Located?

The location of Wakanda is generally stated to be somewhere in sub-Saharan Africa, although the exact area that it’s situated has varied. In Fantastic Four vol. 3 #21, Wakanda was shown where Rwanda is supposed to be.

Meanwhile, Marvel Atlas #2 had it placed in between Sudan, Uganda, Kenya, and Ethiopia. The accepted location has shifted to the specific place shown in Marvel Atlas #2 by now, as the MCU uses this in its adaptation of Wakanda as well.

8 When Did It First Appear?

Although mainly associated with Black Panther, Wakanda didn’t originally appear in a story of this superhero. In actuality, the country’s first official introduction came in 1966’s Fantastic Four #52, which also happens to be home to the debut of Black Panther.

The country was created by Stan Lee and Jack Kirby and served as a way to introduce Black Panther as the latest Marvel superhero. In the story, the Fantastic Four encountered T’Challa after he invited them to Wakanda by sending them a flying craft as a gift.

There are more than a few deities that the Wakandans believe in, with these varying from one tribe to another. The pantheon of gods is known as The Orisha, with these comprising a number of different kinds of gods.

These are the Panther Goddess, Bath, Thoth, the moon god of wisdom, Ptah, who was initially an Egyptian god, the rain goddess, Mujaji, among other gods such as the gorilla gods Ghekre and Ngi.

6 When Did Wakanda Get Vibranium?

There are multiple types of Vibranium in Marvel Comics, although Wakanda remains associated with it the most. In the MCU, Vibranium arrived through a meteorite 2.5 million years ago, whereas the comics showed its landing on Earth 10,000 years ago, according to Avengers Vol. 08 #4.

This meteorite was named the Mena Ngai by the Wakandans and the Vibranium contained within wasn’t unearthed too long before the events of the series, unlike the MCU where Wakandans had used Vibranium for generations.

5 Why Are There So Many Mutants In Wakanda?

The MCU has shied away thus far from introducing mutants, but the comic book universe has cited Wakanda as a location where many of them can be found. Mutants like Nezhno Abidemi can have their powers manifest by themselves, although there are many whose mutation occurred due to Wakanda’s environment.

This is a result of the Vibranium mound carrying mutagenic properties, meaning those who live around it are susceptible to having mutations triggered. As a result, a number of mutants are known to be Wakandans, although many are noted to be under the employ of Black Panther comic and film villain Erik Killmonger.

4 What Are The Notable Wakanda Cults?

The different religions practiced in Wakanda are generally respected despite their differences. The most notable cult in the country is the Panther cult, which is based on Wakanda’s primary deity known as Bastet. The heart-shaped herb is derived from the ceremonies of this cult.

In addition, a prominent cult is known as the White Gorilla who worships the deity known as Ngi. There are also lower-scale cults such as the Lion cult and the largely forgotten Crocodile cult. The Hyena clan was a cult that was separated a long time ago.

3 What Is The Wakandan Intelligence Agency?

Quite a lot of facts about the Dola Milaje have already been shown in the MCU, but the franchise still hasn’t adapted a few other organizations from the comics. In addition to Wakanda’s Navy and air force, the country has an intelligence agency known as the N’Charu Silema.

RELATED: 10 People Okoye Could Have Been With In The MCU (Other Than W’Kabi)

Another protection agency established in Black Panther vol. 5 #9 was the Princess Regent Intelligence Division Executives, known as P.R.I.D.E. for short. These agencies consider threats both on a global scale and galactic level as well.

2 What Is The Country’s Currency And The Value Of Vibranium?

The MCU has kept Wakanda distinct in the sense that the country has been shown to be self-functioning. However, the comics reveal that Wakanda does engage in trade with outside countries, with Vibranium serving as its main resource.

Doomwar #1 showed the extreme cost that came with purchasing Vibranium, with just a gram being sold at a $10,000 value. The local currency of the country is the Wakandan Dollar, but the conversion rate isn’t explicitly stated.

1 How Far Does Wakanda’s Empire Reach?

Marvel Legacy #1 revealed that T’Challa wanted to study the origins of the Mena Ngai meteorite and sent a team to investigate in space. However, the team went through a temporal anomaly that landed them 2000 years in the past.

The team then established Wakanda in space, which then grew over many centuries to become the Intergalactic Empire of Wakanda. By the time T’Challa found out about this, the empire already spanned five galaxies, and the emperor had strayed far away from Wakandan morality.

NEXT: Which Black Panther Character Are You Based on Your Zodiac Sign

Saim Cheeda is an entertainment writer covering all of Film, TV, Gaming and Books. He’s been a writer for Valnet since 2017, contributing 500+ articles for The Gamer, The Things, Game Rant, Comic Book Resources and Screen Rant. Apart from freelance writing, Saim is a lifestyle blogger, co-owning the blog 3 States Apart.