Birding In An Age Of Extinctions By Martin Painter — Review 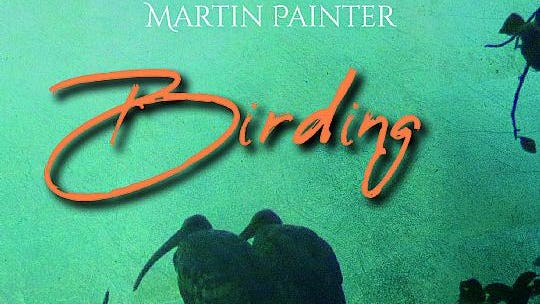 Birders can be obsessed with seeing every living species of bird on the planet — but how can serious birders pursue their passion so rare birds and their habitats are protected?

The current 20-months-long-and-still-counting pandemic lockdown has inspired many people to begin doing things they’ve never done, nor even thought about doing. Bird watching — birding as it’s more correctly known — is one of these activities that has enjoyed an extraordinary surge in popularity since lockdowns began. More people are watching birds than ever before.

But watching birds is just the first step. Most birders keep a record of the bird species they’ve seen: yard lists for all the species seen or heard whilst on their property; county and state lists for all the bird species seen in their locale; then there’s country lists and even global life lists. (It may interest you to learn that some people even keep TV program lists — which may explain the inexplicable popularity of televised golf.) These lists also include other information, such as the location and date a bird was seen, the weather conditions, what the bird was doing, and some even include GPS data. Maintaining all these lists quickly develops into a competition, one that demands ever more from the list keeper, or ‘lister’. And what’s best for bragging rights in a birding competition is spotting rare or endangered birds.

Spotting rare birds often requires a tremendous commitment of time, money and other resources because these birds often live in faraway places and on remote difficult-to-reach islands. This mad pursuit often requires long-distance airplane flights and automobile drives. And these activities release a lot of greenhouse gases. For this reason, this extreme form of birding is increasingly met with a dim view.

Birder, lister and author, Martin Painter, has spent a lot of time chasing rare or endangered birds. Apparently, all those long plane flights have provided him with a lot of time to think deeply about this particular obsession, as we learn whilst reading his book, Birding In An Age Of Extinction (Whittles Publishing Limited; 2021: Amazon US / Amazon UK).

In this book, the author seamlessly interweaves personal anecdotes with ornithology, plate tectonics, the history of places and peoples, travel and general birding lore. He clearly explains scientific topics such as bird identification, taxonomic splitting and lumping, all of which have important implications for listers as well as birders.

I thought chapter 2 was particularly thought provoking. In it, the author explains the two hypotheses for how the ancestors of the enigmatic sapayoa, a plain green suboscine songbird, may have arrived in northwest Ecuador — from either Africa or Asia — aeons ago. The author also parallels the sapayoa’s story with the history of escaped enslaved people who live in the area and protect the forest from destruction.

The author explains the perverse attraction that serious listers and birders have for sewage treatment plants and garbage dumps when a forest or a natural wetland are much less disgusting. He also discusses some of the peculiar rules that birding listers have, such as why seeing a rare parrot in a cage cannot be add to their lists, whereas seeing a rare freely-flying parrot of the same species whilst being hand-fed in a nature reserve is listable. And therein lies the conundrum: some rare birds are relatively easy to see because they are protected in fenced reserves, and are still with us thanks to captive breeding efforts. Are these really wild birds? Are they listable?

As the title suggests, the author discusses the role of wildlife tourism in protecting some species from extinction (well, sort of) and the role that greenhouse gas emissions play in increasing extinction rates. On one hand, it’s ironic that releasing greenhouse gases to travel to these faraway places to see rare birds allows us to provide important funds to continue efforts to keep these rare birds alive. Can’t we find a better way?

This memoir is well-written and interesting, will be appreciated by birders and listers of all skill levels. It would be a great addition to reference libraries at bird observatories (for a bit of reading when expected birds don’t show up) especially in the faraway places in Australia, China, Madagascar and North and South America that are mentioned in the book.

Denial of responsibility! TechCodex is an automatic aggregator of the all world’s media. In each content, the hyperlink to the primary source is specified. All trademarks belong to their rightful owners, all materials to their authors. If you are the owner of the content and do not want us to publish your materials, please contact us by email – [email protected]. The content will be deleted within 24 hours.
Biodiversitybird watchingbirdingBirding In An Age Of Extinctionsbook reviewBooksecotourismgrrlscientist
0
Share

Battlefield 2042 Smoke Grenade Glitch Allows You to Disable Its Visibility