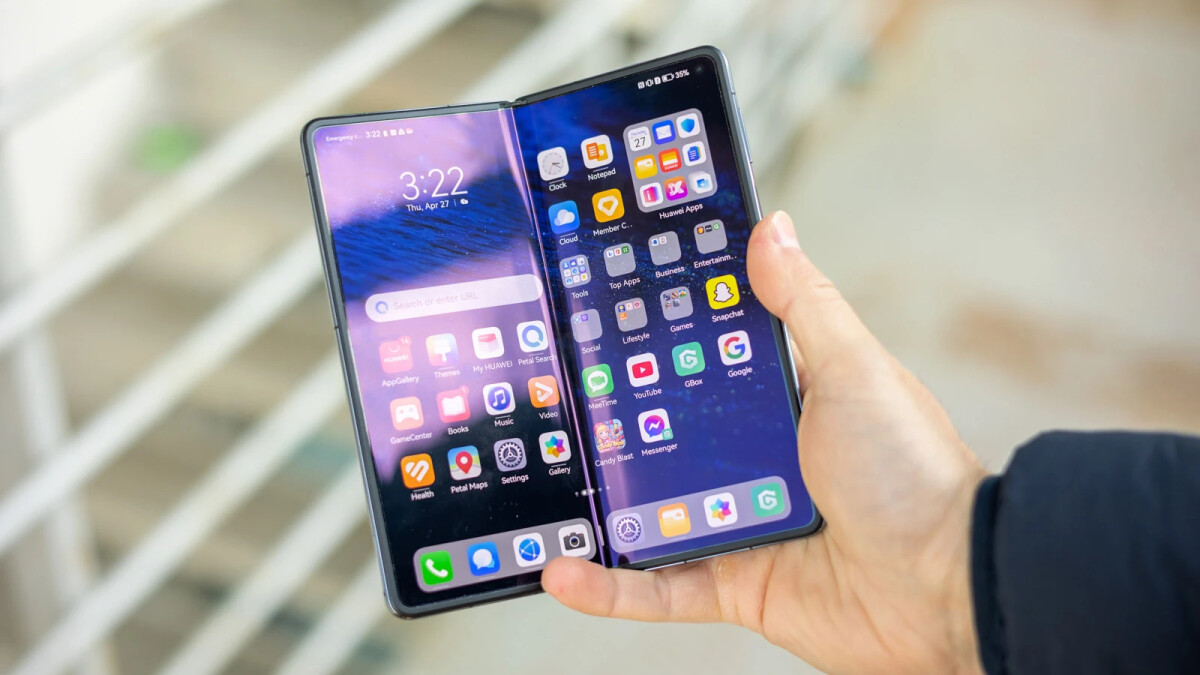 One year ago, Huawei climbed to the top of the smartphone market, surpassing Samsung and Apple in the number of phones shipped. The Chinese company was about to take on the US market but then came the ban and all went downhill from there.

We won’t delve into conspiracy theories and ethical dilemmas nor will we try to find answers in economics. It is what it is. The fact of the matter is that Huawei has been producing top-of-the-line phones for the past few years and despite its market share getting obliterated, the devices are still out there.

Google services are out of the question in Huawei phones of late, and the company tries to push its own Harmony OS with the AppGallery store. Whether it will be a success or not we don’t know. What we do know is that we tested some of the latest Huawei phones and they’re not half bad.

So, for all the Huawei fans out there, we’ve compiled a list of the best Huawei phones in 2021. There are some great choices here, some of which predate the US ban, so you can get the best of both worlds – a technologically advanced handset with Google goodness inside. Let’s go!

The Huawei Mate 40 Pro is the latest device in the Mate lineup, launching late last year, and it’s one hell of a phone. It has a beautiful 6.76-inch OLED panel with a resolution of 1344 x 2772 pixels and a 90Hz refresh rate, a premium build with a stunning frosted glass back in Mystic Silver with rainbowy incandescent effect, an ample chipset, and a great camera system on the back.

Actually, the camera system deserves a few words here. It consists of three cameras, two of which are borrowed from the P40 Pro – the wide-angle main camera and the telephoto one. The ultrawide shooter is brand-new and it uses a 20MP sensor with a conventional RGB pixel array (the RYYB magic can be found in the main 50MP wide lens camera). The Huawei Mate 40 Pro takes amazing photos in good lighting conditions and even more so when the sun goes down. Huawei’s Night Mode has always been great and that’s the case here, as well.

The battery life is really good, and the fast charging is out of this world – you can get the battery from 0 to 100% in just 47 minutes. Sadly, there’s one thing that’s missing and spoiling the otherwise amazing experience. Google services. Huawei’s Harmony OS is far from ready, and living without Google apps can be a real bummer. The device itself is ace, though. It’s right up there with your iPhone Pro Maxes and Galaxy Ultras.

Currently, the Huawei Mate 40 Pro is the best Huawei phone you can find in 2021 (although this might change soon, as the debut of the Huawei P50 is imminent).

The “Foldable Wars” are heating up, and while Samsung has already established a solid lineup of foldable phones, other manufacturers still struggle to solve this puzzle. The Huawei Mate Xs is the second foldable phone of the company, building upon the original Mate X and improving in several key areas. The updated “Falcon Wing” hinge with a zirconium-plated mechanism ensures durable operation, while a new dual-layer of optical transparent polyimide protects the 8-inch flexible OLED panel.

The hardware kit inside the Mate Xs provides performance that’s on par with the Snapdragon 865. The memory configuration of 8GB/512GB provides everything you need on the RAM/storage front. The camera system is pretty versatile with a large 40MP main sensor, a 16MP camera with ultrawide angle lens for group photos or landscapes, and an 8MP telephoto camera with 3x optical zoom. And all in all, the overall feel is great – the Mate Xs is an ultra-premium phone.

There are two main problems with the handset, however. The first is the price – it’s ultra-premium too – clocking at a whopping 2,499 EUR. For that kind of money, you can get the whole iPhone 12 lineup – all four devices. The next issue is again the lack of native Google services support. If you can live with this (and you’re obviously rich) the Mate Xs is a phone straight from the future.

Ceramic phones are pretty rare nowadays and that’s why the Huawei P40 Pro Plus is kind of a unique device. That’s not the only reason, though. The P40 Pro Plus is Huawei’s answer to the camera “zoom wars” raging in the past two years. The phone features a state-of-the-art 10x optical zoom periscope camera and can go up to 100x zoom levels if necessary. Whether or not it’s just a gimmick, we’ll let you decide.

The truth is that the Huawei P40 Pro Plus is a stylish, well-round flagship – it has a great OLED display – very bright and color accurate, the Kirin 990 chipset on board is quite powerful, and the phone comes with record-setting 40W wireless charging.

The drawbacks? Well, we’re forming something of a trend here but it’s the price and the omission of Google services. That’s right, same old, same old. But if you want a ceramic phone with one of the best zoom capabilities on the market, the Huawei P40 Pro Plus is the ticket. That’s if you can get your hands on one…

We’re now in the Huawei pre-ban years, and the Huawei P30 Pro is the last flagship device of the company to feature Google services. If you want your regular Android smartphone experience, backed by amazing hardware, this is the model for you.

The P30 Pro also features a 6.47-inch AMOLED display that tapers around the sides, with an under-display fingerprint sensor hiding underneath. It’s a solid OLED panel, an improvement over the Mate 20 Pro (its spiritual predecessor), and the aforementioned fingerprint scanner is 30% faster than the first generation.

The Kirin 980 chipset is stepping on Snapdragon 855’s toes, so not a true 2021 experience, but no slouch either. The phone comes with 8GB of RAM and 128GB of storage but you can expand the latter with a nanoSD card, if you can find one (they can be spotted on Amazon but are quite rare, thanks Huawei for this new format!).

The camera system is quite good too, featuring the first gen periscope lenses of the company offering 5x optical zoom. The P30 Pro is also the first one to feature the RYYB pixel arrangement in its sensor – swapping the green pixels for yellow ones. The result? Light sensitivity improved at up to 40%! This phone is a solid option that’s not too expensive now (it was $1000 when it first launched). It’s the best Huawei phone with Google services on board.

The Huawei Mate X2 is one of the best foldable phones so far when it comes to display, ergonomics, aesthetics, camera quality, and media prowess. It’s for sure the best Huawei phone for foldable enthusiasts but it comes at a price. And the design is a departure from the Mate X and Mate Xs.

The Huawei Mate X2 scraps the outward folding idea and trades it with the inner-fold design we’re familiar with from the Galaxy Fold series. It has its pros and cons, but we take it as a step in the right direction. An inner-fold design protects the fragile flexible display much better than the previous Mate X design iterations, as beautiful as they might be.

The Mate X2 comes with updated cameras (best on a foldable so far), an upgraded chipset (Kirin 9000 5G), and very fast 30-min charging capabilities. It also has super nice stereo speakers and premium build quality (duh!). On the other side of the spectrum it’s very expensive and you’ll have a hard time getting one. But you know what they say – if there’s a will, there’s a way.

The Huawei Mate 20 Pro is rather old but it’s still gold. It’s the last Mate to get Google services and a viable option even in 2021. It looks great, works well, takes great pictures and comes with 40W fast charging, which is impressive even by today’s standards.

The Mate 20 is also IP68 rated, and features a stereo speakers setup, although the main speaker is housed in the USB-C port, which means it’s muffled to oblivion during charging. This phone also comes with Huawei’s first iteration of the under display fingerprint sensor, and it’s a bit clumsy to be honest.

The camera system is pretty good, though. The Mate 20 Pro comes equipped with three cameras: you have a main, 40-megapixel f/1.8 shooter, a secondary, 20-megapixel ultra-wide angle, 16mm lens, and a third, 8-megapixel telephoto camera with 3X zoom and optical image stabilization. We forgot to mention the display – it’s a no-frills 6.4-inch AMOLED with QuadHD+ resolution. If you can find the Mate 20 Pro at a bargain price, it can be a great buy. Is it the best Huawei phone out there? Definitely not! But it’s on par with modern flagships and holds its ground even in 2021.

So there you have it! The best Huawei phones you can get (if you try real hard) in 2021. It’s a work-in-progress list, and we’ll be adding models as they pop up (we’re quite excited about the Huawei P50, the announcement is due in mere days!). The Huawei case is a strange one, and we’re not sure where things will end up with this brand. It might rise from the ashes and fly on the phoenix wings of Harmony OS, or it can dissolve into oblivion. Only time will tell…