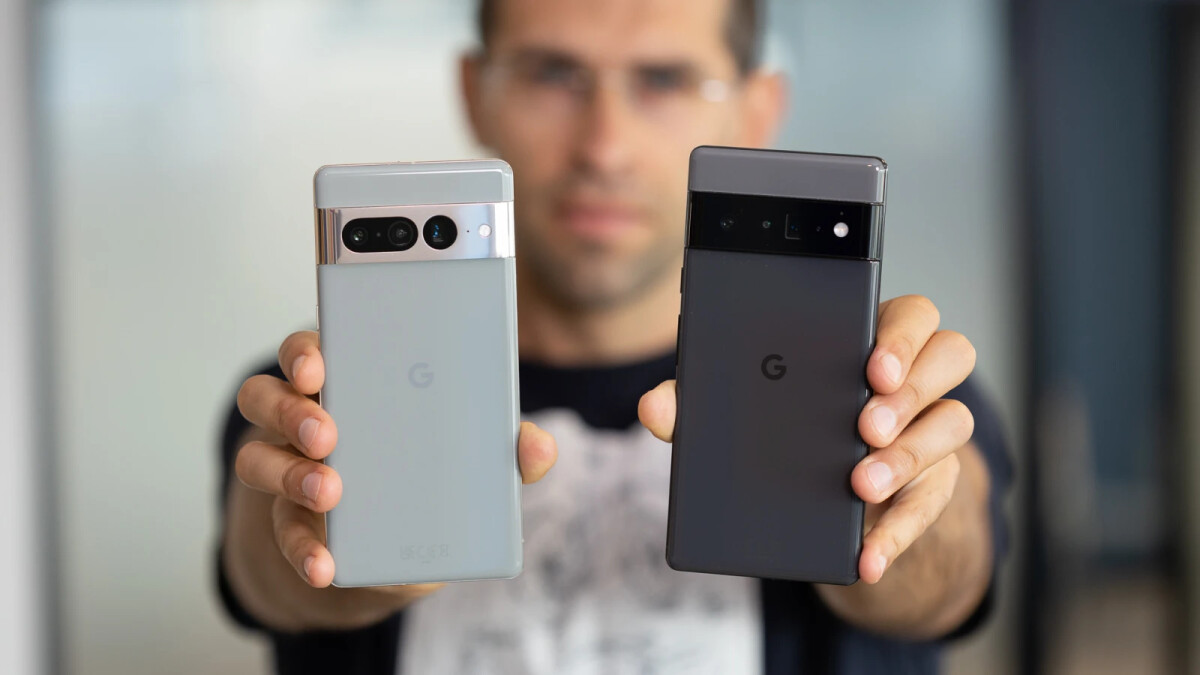 The Pixel lineup is your best bet if you’re willing to experience Android in its best form. Despite the niceties that Samsung & Co throw inside their custom skins, there’s something comforting about Google’s take on Android, which despite its strengths isn’t that common and loses it when it comes to custom Android skins.

With always class-leading cameras, super performance, and software that stands out, Pixels is often the recommended choice, and rightly so. Although I might find superior hardware  features and exclusive functionalities elsewhere, truth is you can’t really go wrong with a Pixel. This has been the case since the Pixel lineup’s inception in 2016 and hopefully, things wouldn’t change in the near future.
But what is the best Pixel phone? Let’s see if we can find the answer together. As we’ve toyed with all the Pixels ever since the beginning, we can have an equal ground to deem the best among all, and in the case of the Pixel, the most recent isn’t necessarily the best choice.

Okay, we know we are a bit too early to consider the Pixel 6 family as the best Pixel phones so far, but from what we’ve seen so far, the Pixel 6 is shaping up to be Google’s way of reclaiming its slightly shakey position on the phone market. After the Pixel 5, which was a glorified mid-range device, the Pixel 6 and Pixel 6 XL definitely sound like a return to form for Mountain View, and we’re definitely liking what we’re seeing.

All that being said, the “regular” Google Pixel 6 also sounds like a pretty solid upgrade over 2020’s upper mid-range Pixel 5, with a significantly bigger AMOLED display in tow, a 50MP primary rear-facing camera, a 12MP secondary ultra-wide-angle lens, a reasonably hefty 4,614mAh cell, the same 8GB RAM count, both 128 and 256GB storage configurations, and of course, pre-installed Android 12 software. Unsurprisingly, the Pixel 6 Pro is expected to borrow the main snapper and the ultra-wide imaging sensor from the Pixel 6 while adding that aforementioned telephoto shooter to its back and upgrading the single selfie cam from 8 to 12 megapixels. There are also rumors for a massive 5,000mAh battery that would be powering the larger upcoming Pixel, and that should be enough for a full day of heavy usage.

Okay, it’s weird that the second mid-range Pixel is possibly the best Pixel out there right now, but it checks so many boxes that it makes it not only a worthwhile equivalent to the Pixel 5, but also completely trumps it in our opinion as it essentially does all the same things but cost significantly less at launch.

The Pixel 4a is available in two differently sized flavors: 5.8 and 6.2-inch versions, the latter of which is 5G-capable and carries the 4a 5G name. Aside from that, it comes with a Snapdragon 765G chipset, 6GB RAM with 128GB storage, and 3885mAh battery. There is a dual-camera setup that consists of one 12MP wide and one 16MP ultra-wide sensor, and from what we’ve seen, it’s pretty much identical to what you get from the Pixel 5 in terms of overall quality.

Okay, the Pixel 5 is definitely not the best Pixel you can get right now, especially considering that the Pixel 4a/4a 5G is definitely a better value. What prevents the latest Google “flagship” from being accepted as such by the Android community? It’s merely an upper mid-range device, which is good by itself, but it’s hard to talk about the best Pixel phones and automatically consider the latest one the best.
The Pixel 5 made right with most of the wrongs that plagued the Pixel 4 lineup. It dropped the gimmicky Motion Sense sensors and went for a classic fingerprint scanner, had much better battery life, and overall introduced a much smoother overall smartphone experience, without the experiments that the Pixel 4 introduced. Despite that it was only available in one size and was certainly overlooked by folks who want larger phones, the Pixel 5 is to this day an excellent compact phone, and easily one of the best Pixel phones around, only surpassed by the Pixel 4a and 4a 5G.
Have a look at our Pixel 5 review right here and see what’s hindering it from being the best Pixel phone in 2021.

The Pixel 4 and Pixel 4 XL are the first Pixels to come with high refresh displays: at 90Hz, they are offering a smoother experience than their predecessor and are cashing on the already mainstream high refresh rate. What’s more, the Pixel 4-series introduced dual cameras on the Pixel range for the first time. However, it wasn’t a ultra-wide angle camera as it was expected, but a somewhat redundant telephoto camera.
The Pixel 4-series arrived in Clearly White, Just Black, and Oh So Orange color versions, with the not-so-well received Motion Sense tech on board, allowing you to control media and skip the fingerprint sensor for a dedicated face unlock. The Google Pixel 4 XL comes with a 90Hz 6.3″ OLED display, a Snapdragon 855 chipset, 6GB of RAM, 64GB of storage, a 3700mAh battery, a dual-camera (wide + telephoto), and availability across all major US carriers.
Its large notch and mediocre battery life hinder it from being crowned as the best Pixel phone out there. Check out our Pixel 4 and Pixel 4 XL review to see why they were not received that warmly and hardly considered to be the best Pixel phones.

The Pixel 3a and Pixel 3a XL were the first rather successful experiment by Google, which proved that, why, yes, people would absolutely love a mid-range Pixel phone with a capable camera package, especially if it comes in two sizes. Sure, it was made of plastic and not metal, but in any case, sacrifices had to be made to make the very first affordable Pixels a possibility. Certainly, this made them possibly the best Pixel phones at the time, especially considering that the Pixel 3 XL wasn’t that warmly received.
Surely, in mid-2021, the Pixel 3a and 3a XL are starting to show their age: with a Snapdragon 670, 4GB of RAM, and 64GB of non-expandable storage, we can’t really expect much from the Pixel 3a series any longer. Yet, if you aren’t in a rush to get the very latest tech.

So those are the best Pixel phones in 2021. We have been expecting a Google Pixel 5a series to join the fold in 2021, but so far, it has remained a pipe dream. There are rumors that it could arrive by the end of the summer, but in all honesty, the Pixel 6 leaks have gotten us far more pumped up.

Continue to watch this space as we will be frequently update this article as new Pixels arrive and older ones fall out of grace.

Why Michaela Bradshaw Slept In Her Car To Prepare For Show