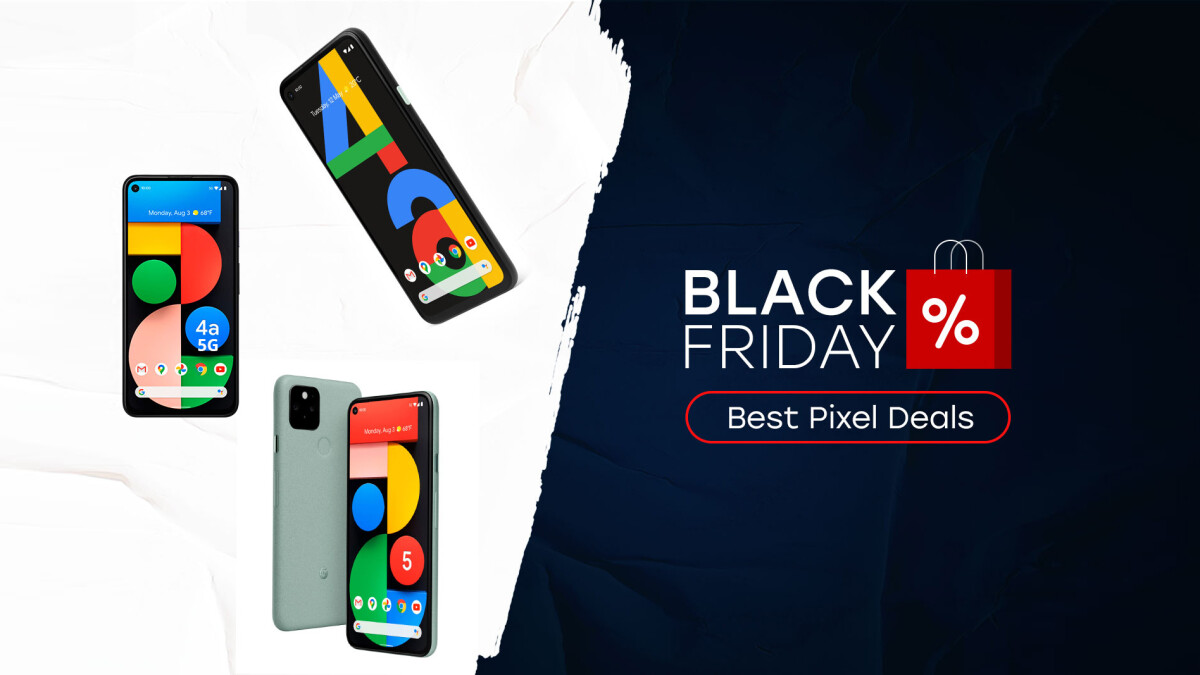 Thanksgiving Day and Black Friday are basically upon us in this concluding week of November. The savings festival with lots of superb deals that let you save BIG have been live for a while, dropping the prices on tons of gadgets!

Our best Black Friday phone deals are already full to the brim with doorbuster deals, but in this specific article we are focusing on Google’s own crop of phones, the Pixel lineup, which was recently refreshed with the Pixel 7 and the Pixel 7 Pro. Still, we shouldn’t forget some recent Pixel phones that are totally par for the course in late 2022, like the Pixel 6 Pro, the Pixel 6, and the Pixel 6a.
As you may know, Best Buy and Amazon already launched their official Black Friday deals, and they include phones and more specifically Pixels. Those deals are included below. Now, let’s dive into the hottest deals on Pixel phones live now!

Don’t worry if you miss out on the savings, as the Cyber Monday phone deals follow immediately afterwards! We expect that most of the deals above will gradually transfer into Cyber Monday, but we can’t say for sure just yet.

Announced on October 7, the Pixel series is already available on the shelves. Continuing the footsteps of the Google Pixel 6-series, the new Pixel 7 Pro and Pixel 7 also seemingly drop out of the raw performance arms race and instead rely on bringing excellent user experience and artificial intelligence boons to the mix. What’s more, these two also bring the signature Pixel camera look to a whole new level thanks to tons of smart new camera features.
Speaking of AT&T, the carrier had its own excellent 50% off on the Pixel 6, with a new unlimited plan but no trade-in required, so we hope that the Pixel 7 also gets some similar love from the carrier this year as well!

While the Pixel 6-series is already discontinued and not officially sold by Google, we expect that most retailers may offer great price cuts on the Pixel 6 Pro and Pixel 6 in order to clear their stock.

As the Pixel 6-series is near the end of its life, we suppose that most carriers will try to clear their stock and subject the two former flagship to really massive price cuts and promotions. While we’ll certainly recommend getting the newer Pixel 7-series, don’t pass up on Pixel 6 or Pixel 6 Pro, especially if you find a great deal on those two.

It’s sort of logical to assume that by drawing parallels to the way the Pixel 5a was announced last year. Indeed, the Pixel 5a was Google’s most budget-friendly handset on the market last year. While it was a very slight upgrade from the Google Pixel 4a and it didn’t come with the recently-debuted Tensor chip, it still proved to be a great option.

Which Google Pixel phone should you buy during Black Friday 2022?

The new Pixel 7 series is Google’s best so far, with top-notch specs and superb design. That said, Big G’s two new phones aren’t that much different from the Pixel 6-series, with most of the differences being camera enhancements, quality-of-life improvements, and slight visual touch-ups. So, which new phone to get?

Like with any other purchase, it is best to begin with your budget. Keep in mind that many of the perks a Pixel phone offers can be found in older models too, so you don’t necessarily need the latest one to enjoy the Google experience. Considering that Google didn’t increase the pricing from the Pixel 6 series, getting the latest phones is a no-brainer, especially if you find a killer deal.

If the new phones don’t appeal to you, you might want to explore the Pixel 6-series, which might see major stock-clearing deals. Consider price discounts of up to 50% or more! Because there aren’t many differences between the Google Pixel 7-series and Pixel 6-series, you might want to consider the older phones, but keep in mind that supplies may be limited, and you may miss out on some niche exclusive features that only the new phones get, such as the new Tensor G2 chipset and some camera features.

The Google Pixel 6a is another low-cost option that we like. It’s an inexpensive phone done correctly, with much of the same Pixel DNA and only a few minor compromises that aren’t too off-putting to average consumers. You definitely can’t go wrong with that one!

Where to find the best Google Pixel deals during Black Friday 2022?

Most of the big retailers have some kind on exceptional deals on the Pixels already: Google’s own Store, Amazon, Best Buy, Target, Walmart, Verizon, AT&T, T-Mobile, and so on. In fact, if you’re considering the new Pixel phone right now, it’s hard to shy away from all the awesome deals available. Just scroll up and the latest handpicked deals will be right before your eyes!

Can I get an unlocked Google Pixel phone during Black Friday 2022?

Yes, many exceptional Pixel deals this Black Friday will allow you to get an unlocked Google Pixel phone. The three major carriers are the usual suspect which can get you a new phone basically for free, so it would make sense to consider Verizon, AT&T, or T-Mobile when it comes to exceptional Pixel deals. Still, have in mind that those “free” phones usually require a trade-in and/or an eligible unlimited plan, no matter the carrier in question.

Is Black Friday 2022 a good time to buy a Google Pixel phone?

Black Friday is arguably the best time to get a Google Pixel phone. Why? Because Google, just like any other major hardware manufacturer, will seek to maximize its pre-holiday season sales, and thus, it will participate in the Black Friday deals bonanza. We expect the biggest price cuts on Pixel phones this very Black Friday, so if you’ve ever entertained the thought of getting a Google Pixel phone, late November 2022 will be the perfect time to do so. Act fast or you will miss the sale, and uncertainty lingers as to when the next saucy Pixel deal will land!