Becca Reveals Real Reason She Broke Up With Thomas 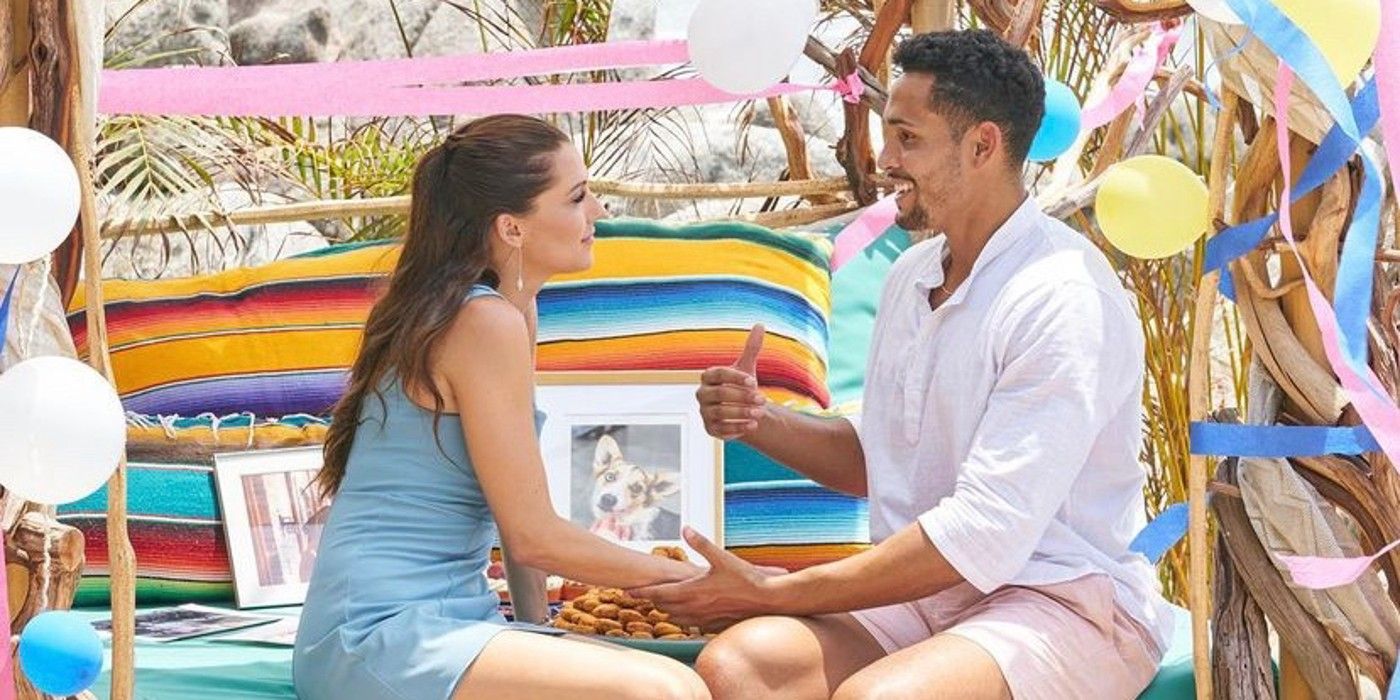 Bachelor In Paradise’s Becca Kufrin revealed the real reason that she sadly broke up with Thomas Jacobs on the season finale of the show.

Bachelor In Paradise lovebirds Becca Kufrin and Thomas Jacobs may be back together now, but their dramatic split in the season finale of the show shocked Bachelor Nation. After a tearful conversation and a sad goodbye, they went their separate ways. In a conversation with Kaitlyn Bristowe, Becca revealed the real reason she broke up with Thomas and how she got him back after the show ended.

Becca and Thomas were inseparable during their time in Paradise. Although he was painted as a villain in Katie Thurston’s season of The Bachelorette, Thomas quickly won Becca’s heart. On the show, she ended things when she did not feel ready to leave with him on the final day because she did not feel that he was expressing his feelings enough for her. Thomas cried, saying that he did not want Becca to have any “what-ifs” about their relationship. This last-minute glimpse into Thomas’ vulnerable side made Becca question her decision privately, but they left the show alone, leaving their friends and viewers stunned after their seemingly perfect time together in Mexico.

Related: Bachelor In Paradise: Becca Kufrin & Thomas Jacobs Are Back Together

On Kaitlyn’s podcast, Off The Vine, Becca explained why she broke things off with Thomas and they eventually reunited. She said that she told the producers and the cast ahead of time that she was not going to get engaged again on the show after her history. She said that even though everything had been “smooth sailing” with Thomas up to the point of deciding whether to go to the Fantasy Suite or leave, she was hesitant to leave the show with him “and not fully know somebody.” They had not faced any adversity or challenges to their relationship, and “I was very, very guarded because I’d already gone through two very, very public breakups. And I was like, ‘I’m not about to do that again.’ And if I don’t feel 100% confident in sharing you with the world, I’m not gonna be able to leave here with you.” She explained that the women and men did not have much time together the last few days, and she really wanted to talk to Thomas more. She said that their last conversation was about an hour and a half, much longer than what the show aired, and there was much more to it. Becca revealed that she probably could have gone to the Fantasy Suite with Thomas without an engagement, but she had to leave by a certain date to deal with “family stuff.” She also knew that she did not feel comfortable going at that point because everything was happening so fast. She said that she was exhausted from lack of sleep and needed to regroup before she could make any decisions. She did not want them to be together because of the pressure of the show, but because they were truly sure about each other.

However, Becca almost immediately regretted her decision. She said it hit her that night that she missed him so much, and she was a “mess” when she went back to the hotel. Fortunately for them, Thomas had snuck Becca his phone number after their first date, and she “texted him probably two days after I got my phone back, and I was like, ‘I’m probably the last person you want to hear from. But I’d be willing to come to San Diego when I’m back on the west coast if you wanna have a conversation.'” Thomas was very open to seeing her again, and they have been together ever since. Since the show ended, Becca revealed that they are together “probably 80% of the time.”

Bachelor In Paradise worked well for Becca and Thomas. They both got another chance at love by opening their hearts to new possibilities. They are in a happy, healthy relationship which will perhaps some day result in another Bachelor Nation wedding.

Source: Off the Vine

Why Eboni K. Williams Should Join The View Full-Time

Best Episode Of Each Season, According to IMDb

Best Episode Of Each Season, According to IMDb

Infernax has NES-era Castlevania vibes, which…

Adobe gives all US employees until December 8th to…

Why Eboni K. Williams Should Join The View…

Budget smartphones with good performance that you…

Netflix’s The Last Kingdom to Get a Feature…