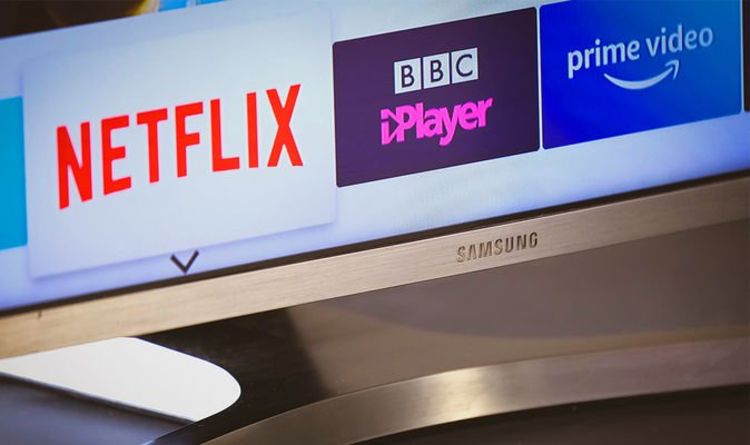 BBC iPlayer enjoyed record-breaking viewing figures between Christmas and New Year, with 141 million shows streamed during the week from December 27 to January 3, 2022. That’s a six percent increase on the same period last year, with the New Years Eve celebrations, The Queen’s Christmas Broadcast, and the new Jamie Dornan-led thriller The Tourist all contributing to the boost in people watching on iPlayer, which is available online, on iOS and Android, tablets, Sky Q, Apple TV, Fire TV, Chromecast, Roku and dozens more.

The single biggest day for iPlayer over the festive period was Sunday January 2, 2022. Boosted by the launch of The Tourist, which was made available in its entirety on iPlayer à la Netflix, the Beeb recorded 22 million streams within the 24-hour period. Since then, The Tourist alone has been viewed more than 18 million times, enough to make it the third most successful drama launch of all time on the streaming service.

Other standout successes from the festive period include the first instalment of A Very British Scandal, which topped the list of most-streamed episodes across the festive period with 2.3 million streams for its first episode. The first episode of outback amnesia thriller The Tourist (1.6 million) and finale of psychological thriller The Girl Before (1.6 million) also proved hugely popular, along with Christmas Day staples including the Call the Midwife Christmas special (1.6 million) and EastEnders (1.5 million). Drama in the Square was a hit throughout Christmas and New Year, with EastEnders streamed 15.9 million times between December 21 and January 3, making it the most streamed brand one iPlayer.

The record-breaking festive viewing figures are a huge vote of confidence in iPlayer, which recently saw a dramatic redesign as part of a corporation-wide refresh by the Beeb after internal audience research revealed that viewers considered its designs to be “old fashioned” compared with flashier American streaming services.

The fresh coat of paint started with a new logo for BBC iPlayer, which is now comprised solely of simple graphic shapes. This style is shared across a wide range of services, including BBC Sounds, BBC News, BBC Weather, BBC Sport and BBC Bitesize, which will all use three differently-configured blocks in various colour combinations. For iPlayer, that colour is a graduated shade of pink. The shapes are configured into a triangular ‘Play’ symbol. The redesign also implements the new BBC-owned font Reith, named after the BBC’s founder John Reith. This same font will be used across all of the new designs, including the main BBC logo, BBC One, and others.

In November last year, the redesign continued with an all-new BBC iPlayer app for Smart TVs. Unsurprisingly, the new iPlayer design takes a leaf from Netflix’s playbook, with the Beeb relocating the menu to the left-hand side of the screen in a new vertically-stacked list.

Pressing the left arrow on your remote (or swiping, depending on what model of set-top box you’re using) will let you quickly browse through categories, like comedy, drama, or sport. The BBC has also shrunk the size of the menu to make more room for the content on-screen. With the new design, BBC iPlayer has more breathing room to display high-resolution artwork for its latest shows and movies. It also means “viewers are more likely to spot something new to watch,” the Beeb adds.

The company is keen to stress that its new menu design isn’t only about beautifying the interface, it’s also designed to improve usability. In a blog post about the changes, the broadcaster said: “it’s important to us that any changes we make to iPlayer work for everyone, so our new menu has been usability tested with adults, children, and people with accessibility needs to ensure people can continue to find and explore our many programme genres and channels with ease.”

The new look is available on Smart TVs, Fire TV, Apple TV, Chromecast with Google TV, Sky Q and other versions of the BBC iPlayer app designed to watch on the big screen. If the changes haven’t appeared on your version of BBC iPlayer yet, you can force the app to adopt the shiny new design by heading to the Settings menu within iPlayer, then selecting “switch to iPlayer beta”.

The facelift on your TV is only the first step in a wider redesign for iPlayer, so expect similar changes to roll out to the iPhone, iPad, Android, and other versions of the video on-demand service in the coming months. This should ensure consistency across the various versions of BBC iPlayer, which is also available in your web browser.

Speaking about the latest viewing figures, Charlotte Moore, BBC’s Chief Content Officer says: “2022 on the BBC has started with a bang with record viewing across Christmas and New Year on BBC iPlayer. Millions of people chose to watch our unrivalled range of box-sets and Christmas specials live on our channels, or binge on-demand across the festive season – paving the way for the BBC’s centenary, a landmark year that will look forward and celebrate British creativity across the whole of the UK.”

OnePlus 9RT vs iQoo 9 – which could be a better buy?