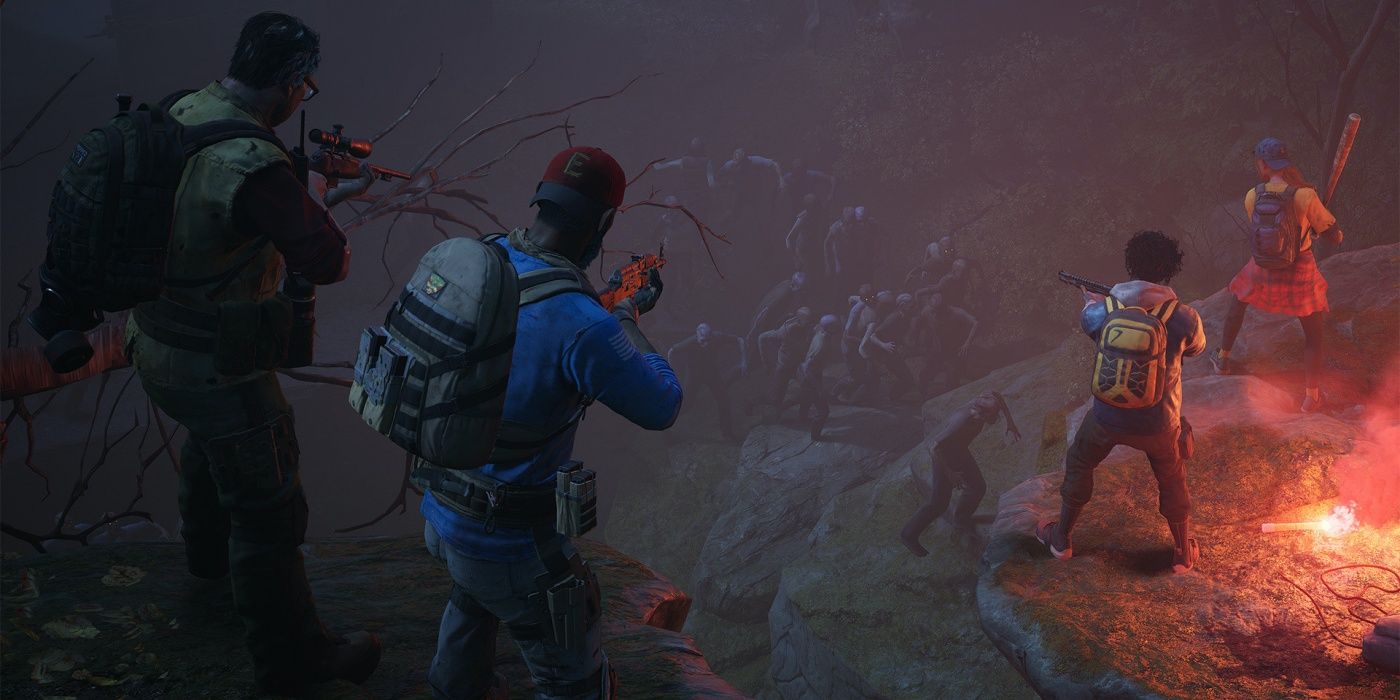 The latest Back 4 Blood trailer highlights the challenges that playable characters, the Cleaners, will face during the main campaign arc.

Warner Bros. and developer Turtle Rock Studios have shared a brand-new campaign trailer for Back 4 Blood, highlighting the challenges the Cleaners will face during their fight to survive. Back 4 Blood’s Cleaners are an answer to Left 4 Dead‘s Survivors, playable characters who come equipped with various customization options, abilities, perks, and their own backstories.

Turtle Rock plans to launch the cooperative shooter with a total of eight Cleaners available to players, each of whom will bring something different to the table. The list of heroes includes Doc, Evangelo, Hoffman, Holly, Jim, Karlee, Mom, and Walker. Jim and Walker, for instance, boast traits that revolve around their prowess with precision weapons. Meanwhile, Doc and Mom feature more health-centric abilities. Every character type should come in handy given the Cleaners’ objective – reclaim the world from the parasite-infected zombies known as the Ridden. An all-new trailer offers another look at the trying battle ahead.

Today, September 14, publisher Warner Bros. and developer Turtle Rock unleashed a campaign-centric trailer for Back 4 Blood. It, specifically, spotlights the narrative and world-changing battle that lies in wait for the Cleaners, whose leader – Mom – fearlessly guides them along the way. Suffice it to say, the Devil Worm-infested zombies won’t make humanity’s fight for survival any easier, but the Cleaners offer a semblance of hope. Players will, of course, need to say Back 4 Blood through to the end to find out whether or not their efforts prove worthwhile. Check out the co-op title’s new campaign trailer in the video linked below:

Fans longing for the Turtle Rock-made experiences of old are in for a treat. As a spiritual successor to Left 4 Dead, Back 4 Blood seems as though it ticks most of the boxes, though Turtle Rock has confirmed that L4D’s Versus Campaigns won’t be reimagined for the upcoming zombie shooter.

WB and Turtle Rock unveiled Back 4 Blood late last year during The Game Awards 2020. Plans were originally in place for a June 2021 launch, but a need for extra development time saw the game pushed to October. As of writing, it appears as though the fall due date will remain firm, especially since Back 4 Blood officially went gold in mid-August.

Next: Back 4 Blood Addresses Accidental Racial Slur In Zombie Noises

Can Old Pokémon TCG Cards Be Used With Current Rules?

Everything Coming To Netflix, Disney Plus, Prime, Hulu And HBO Max This Week

Steam Next Fest October will let you try No Man’s…

Everything Coming To Netflix, Disney Plus, Prime,…