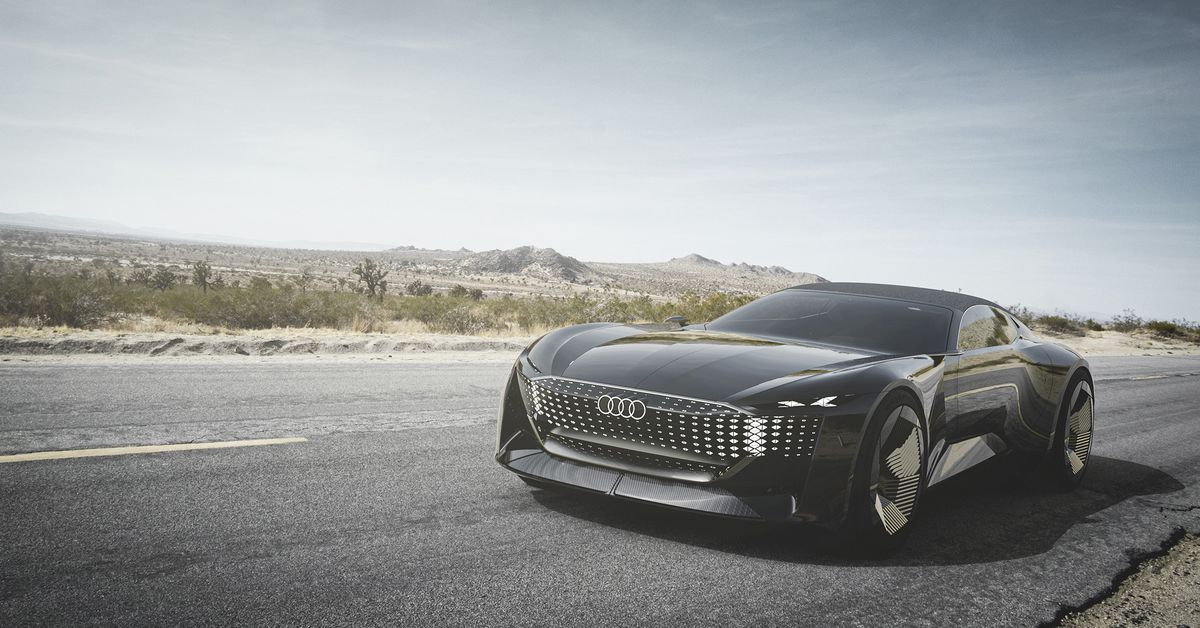 Audi released details of a new concept car this week called the Skysphere, a self-driving roadster that can change shape at the touch of a button.

The sleek, villainous-looking convertible pairs an electric powertrain with luxury amenities for a result that even Batman would find a bit over the top. Notably, the vehicle features an adaptable wheelbase that can change size based on the driving mode, as well as a digital cockpit with a retractable steering wheel and pedals that stow away when the car drives itself.

It’s a more fantastical outlook on the future than some of the German automaker’s other recent concepts. But that doesn’t mean it’s any less achievable; at the unveiling event, Audi officials said the Skysphere represents what the company believes it can achieve, likely in the second half of this decade, as it pivots to electric and autonomous vehicles.

The Skysphere is expected to have a range of 500km (310 miles), can accelerate 0 to 60mph in under four seconds, and offers about 553 pound-feet of torque. That all sounds fairly normal for a concept car with a hood that splits into two panels and opens like an elevator.

Certainly the most jaw-dropping feature is the expandable wheelbase, in which the vehicle extends an extra 10 millimeters when switching between Sports mode (4.94 meters long) and Grand Touring mode (5.19 meters). That may not seem like a lot, but it’s enough to justify Audi’s claims that you are essentially getting two vehicles in one.

The retractable steering wheel and pedals are a popular feature in concept cars that are meant to highlight the bridge between human and automated driving. Peugeot and Volkswagen both released concept cars with similar stowaway controls.

It’s not clear whether regulations will allow for the sale of a car with a retractable steering wheel — though policymakers are diligently at work on refining the rules of the road to better accommodate self-driving cars.

Tree falls during dry season in São Paulo City are due to poor management, study suggests

Android 12 seems to be causing connectivity issues on Pixel devices

Apple releases iOS 15.2 beta 4 for developers and the public