Attorney at Law Has Doctor Who/Book of Boba Fett Problem 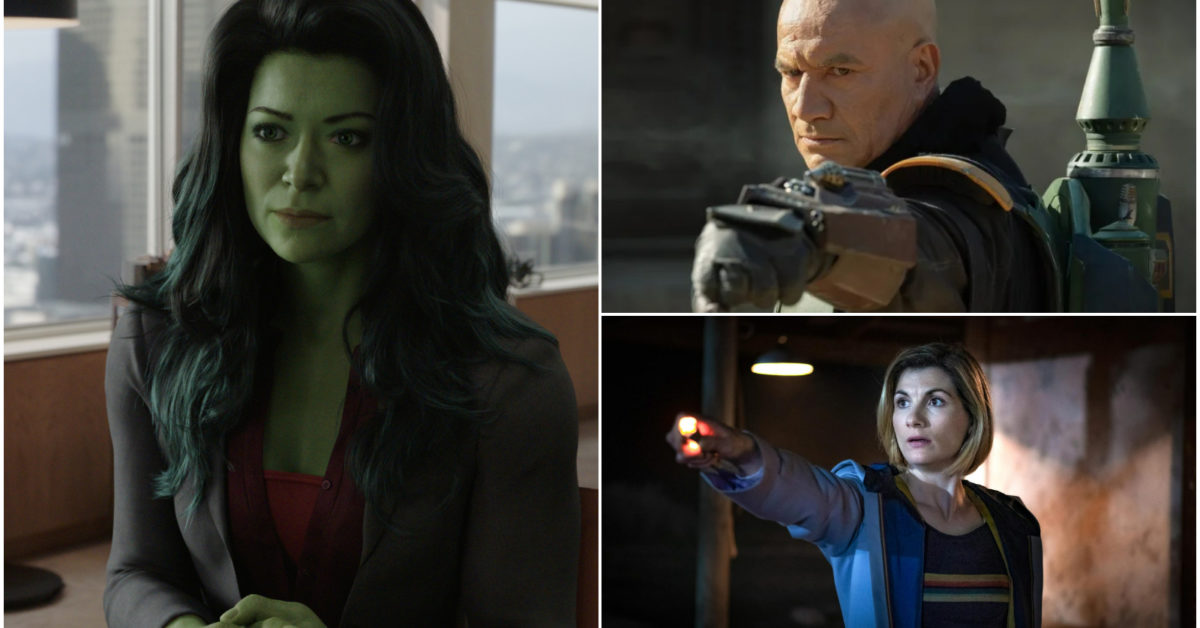 So I’ve been scanning social media after this week’s episode of Marvel Studios & Disney+’s She-Hulk: Attorney at Law to see how folks were reacting to Charlie Cox‘s Matt Murdock/Daredevil not showing up. Let’s just say that there are a lot of folks out there were their feels in a tight bunch over it. And then they’re compounding it by whining about how there was “too much” of Tatiana Maslany‘s Jennifer Walters in the Anu Valia-directed, Kara Brown-written “Just Jen.” Okay, so a couple of things to get out of the way. First, if you’re only watching a series for the guest star who might have a total of ten minutes tops on-screen, then you need to readjust your priorities because you’re never going to like a show 95% of which you have no interest in right from the jump. That said? Some of the blame goes to Marvel Studios for starting the Cox/Daredevil PR push a little too early. I’m not sure screening a preview clip during D23 Expo 2022 was the best move, either. Second… it’s called “She-Hulk: Attorney at Law” for a reason. Maslany’s Jen is She-Hulk. So the series should focus on her. And this week’s episode is “Just Jen.” Seriously. It was right there in the title who would be getting the spotlight. But all of that social media hot air did get me thinking about why I really enjoyed this week’s episode. It let Tatiana Maslany be Tatiana Maslany. “Orphan Black” Maslany. “Perry Mason” Maslany. Because if I had one complaint about a series that I’m otherwise enjoying, it’s that our lead needs to be given more time to shine solo without a constant stream of guest stars and ensemble characters.

I referenced Doctor Who and The Book of Boba Fett in the headline, and I think they’re apt comparisons. With the former, you had Jodie Whittaker saddled with a ton of companions, the need to make everything “summer action movie epic,” and headline-grabbing returns from show lore. With the latter, it got to the point where an entire episode of the Temuera Morrison-starring “Star Wars” series felt more like a prelude episode for The Mandalorian Season 3. In both instances, we have excellent actors who’ve proven time and again just how quality they are at their craft, not being given those solo moments to show us once again why they are The Doctor… why they are Boba Fett. And that’s what I’m afraid is happening with “She-Hulk,” because up until this week’s oasis and some excellent moments between Jen and Nikki (Ginger Gonzaga)? We’ve had Mark Ruffalo, Tim Roth, Benedict Wong, Megan Thee Stallion, and Cox on the way (and that’s what we know so far). And then we had spotlights on a number of the supporting characters… and just to be clear? It’s all great. But altogether, it’s too much if it’s taking away from Jen’s story. With us being two-thirds of the way through the first season (with fingers crossed for a second one), I’m hoping for Maslany scene-stealing moments because “She-Hulk” is up there with WandaVision when it comes to Marvel Studios demonstrating some very unique visions.