At Least 12 People Killed In China’s Henan Province In Worst Flooding In 1,000 Years 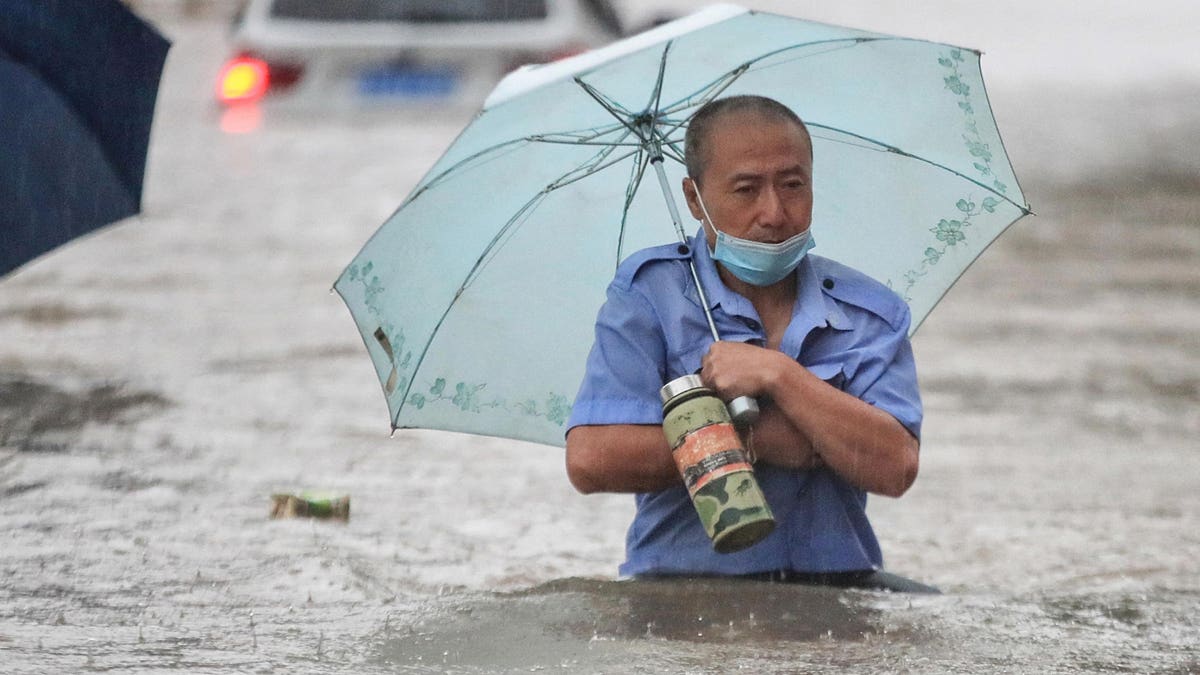 Extensive flooding in China’s Henan province has killed at least 12 people after days of heavy torrential rain–said to be the heaviest in 1,000 years–overwhelmed roads and subway systems in the region and prompted the evacuation of at least 100,000 people, according to Xinhua News, China’s state-run news agency.

Dramatic images and video shared on social media showed passengers trapped inside subway carriages in Henan’s capital, Zhengzhou, clinging on as water rose up to their chests, while on the road, cars were seen being washed away by the torrent.

Zhengzhou was hit with almost 18 inches (46cm) of rainfall between Monday and Tuesday, while more than 8 inches (20cm) of rainfall–about one month’s worth–fell in one hour on Tuesday afternoon, Xinhua reported, citing Henan’s weather centre.

Expressways across the region were closed down in Henan Wednesday morning, according to Xinhua, while dozens of reservoirs in the region have either been breached or reached warning levels, Sky News reported.

Significant heritage and cultural sites, many of which are concentrated in Henan province, face being hit by the floods including the 1,500-year-old Shaolin Temple, which has been closed.

Taiwanese iPhone maker Foxconn, whose Zhengzhou factory is the world’s biggest manufacturer of the Apple smartphone, said its facility has not been affected by the floods.

Weather watchers in China are warning of more rainstorms in the province and surrounding areas into Thursday, Xinhua reported, with up to 7cm of rainfall an hour in some areas and 28cm of rainfall predicted in one day. That figure far exceeds the average monthly rainfall in Henan at this time of the year, usually 20cm of rainfall for the entire month, according to Weather Spark data.

Several outlets have noted that heavy rainfall is not uncommon during China’s wettest season, between March and September. But in recent years, experts say, the risk of flooding has been exacerbated in cities and urban areas. The scenes seen in China overnight mirror deadly floods across Western Europe last week, where the death toll is nearing 200. Many more people remain missing after Germany and Belgium were hit with unprecedented flash floods and tens of thousands of residents were left without power. Weather watchers have warned that climate change could make these events a more common occurrence.

Extreme weather events have also hit parts of the U.S. in recent weeks, with heavy rain from Tropical Storm Elsa triggering flooding on the East Coast and images showing parts of New York CIty’s subway system deluged. Oregon’s Bootleg wildfire, the nation’s largest active blaze, is so intense that it “is predicting what the weather will do,” the state’s forestry department told the New York Times this week. As of Wednesday, the fire has burned some 364,000 acres, erased scores of buildings and evacuated thousands of residents–and it is just one of dozens of wildfires that have burned across the Western U.S. this summer. Meanwhile, this year’s Olympics in Tokyo, just two days away, are set to be the hottest on record, prompting organizers to put mitigating measures in place for athletes facing heat of around 86 degrees Fahrenheit. The effects of climate change are threatening to change the nature of sporting events.

Catastrophic Floods In Western Europe Kill 120. Here’s A Look At The Destruction. (Forbes)

Denial of responsibility! TechCodex is an automatic aggregator of the all world’s media. In each content, the hyperlink to the primary source is specified. All trademarks belong to their rightful owners, all materials to their authors. If you are the owner of the content and do not want us to publish your materials, please contact us by email – [email protected]. The content will be deleted within 24 hours.
ChinaClimate ChangefloodingFloodsgermanyHenan ProvinceOlympicsU.S.
0
Share

Can Future Epidemics Be Predicted?