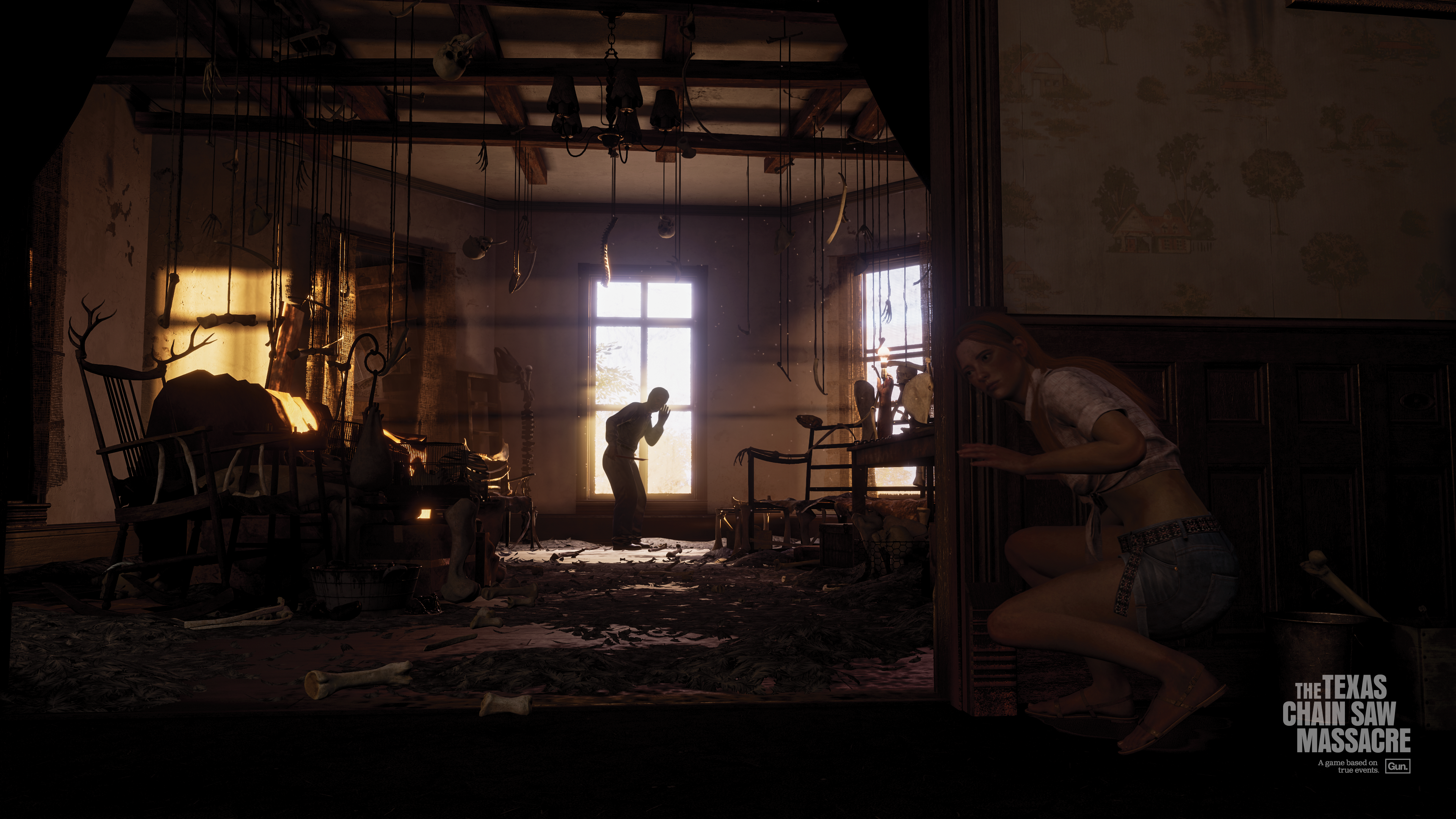 Coming day one to Xbox and Windows PC with Game Pass, the first gameplay of the third-person asymmetrical horror experience was shown off during the Xbox Game Showcase Extended today.

In the game, college student Maria Flores has gone missing, and local law enforcement has stalled in their search. Her younger sister, Ana, has teamed up with some of Maria’s friends to find her.

Based on the iconic 1974 horror film, you will take on the role of one of the notorious Slaughter family to seek out, track down, and stop guests from escaping.

Alternatively, you can take on the role of Ana and Maria’s friends and use your wits and stealth to stay out of the Family’s reach and find the tools needed to reach freedom. Stealth plays an important role in The Texas Chain Saw Massacre, but “stealth” can mean so many things, both in terms of offense and defense.

Maps in the game are recreations of the iconic locations from the 1974 film. These game environments may require different play styles depending on where you find yourself.

Developed by Lexington, Kentucky-based Gun Interactive (shout out to the 40502!) and Sumo Nottingham, The Texas Chain Saw Massacre will release in 2023 on PS4, PS5, Xbox One, Xbox Series X/S, and PC via Steam and the Microsoft Store.

Netflix is creating a real-world competition based on ‘Squid Game’

Top Gun: Maverick May Have Lost To Jurassic World Dominion At The Box Office This Week, But It Did Hit Another Milestone Domestically