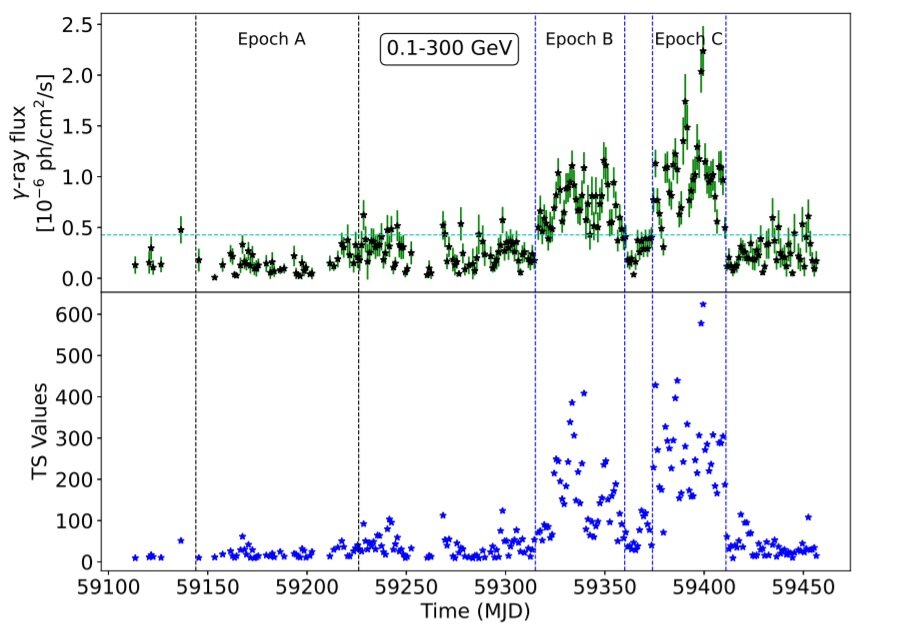 Astronomers from the Pennsylvania State University (Penn State) and elsewhere have detected a massive brown dwarf orbiting an M dwarf known as TOI-2119. The newly found object is nearly 70 times more massive than Jupiter and orbits its host star on an eccentric orbit. The finding is reported in a paper published December 7 on arXiv.org.

Brown dwarfs are intermediate objects between planets and stars, occupying the mass range between 13 and 80 Jupiter masses. Although many brown dwarfs have been detected to date, such objects orbiting other stars are a rare find.

Observations have shown that massive brown dwarfs orbiting their hosts at a relatively close distance (less than 3.0 AU) are extremely rare and difficult to find. This so-called “brown dwarf desert” is constantly studied by astronomers using various techniques, aiming to find other examples of this peculiar type.

Now, a team of astronomers led by Penn State’s Caleb I. Cañas, reports the finding of a new massive brown dwarf, apparently another representative of this desert. The newfound object, designated TOI-2119.01, was identified with NASA’s Transiting Exoplanet Survey Satellite (TESS) and its brown dwarf nature was confirmed using a combination of ground-based and space-based photometry and high-precision velocimetry from the Habitable-zone Planet Finder.

According to the study, TOI-2119.01 has a mass of about 67 Jupiter masses and its radius was measured to be approximately 1.11 Jupiter radii. These results yield a density at a level of 60 g/cm3.

The host star TOI-2119 is an M dwarf about half the size and mass of the sun. It has a rotation period of 13.2 days, metallicity at a level of 0.1, and its effective temperature is estimated to be 3,553 K. Based on the rotation period, the astronomers assume that TOI-2119 is most likely between 700 million and 5.1 billion years old.

Summing up the results, the researchers underlined that high eccentricity of TOI-2119.01 may be the result of dynamical interactions with a long-period companion so far undetected. They added that the high mass of this brown dwarf points out to a formation scenario through gravitational instability in a disk.

“Simulations by Forgan et al. (2018) show that dynamical interactions and scattering between fragments in a gravitationally unstable disk can readily form brown dwarf systems in a variety of configurations,” the authors of the paper explained.