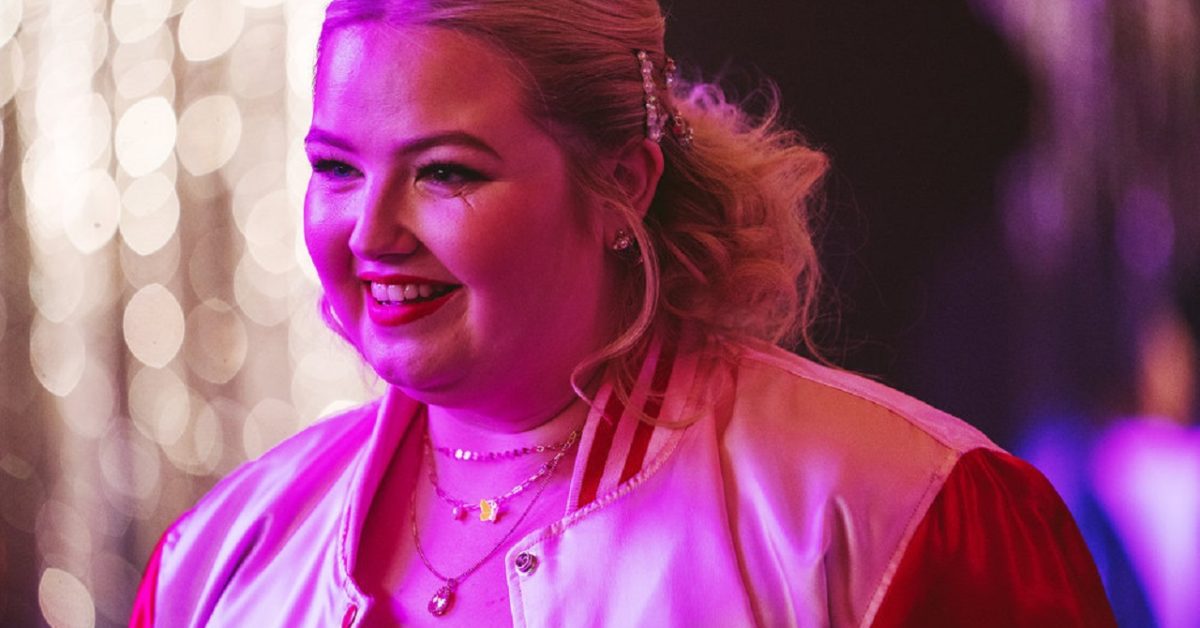 Samantha Aucoin from SYFY’s Astrid & Lilly Save The World talked with me about what is exciting for her about the series and what good representation means to her on television. Aucoin has made her television debut playing  Lilly Fortenberry, one half of a monster-hunting friendship in the series.

Bleeding Cool: I’m curious what excites you the most about “Astrid & Lilly Save The World”?

Samantha Aucoin: Oh, that’s a great question. I would say the thing that excites me the most about the series is definitely the scenes where we get to face the monsters or the interdimensional demon. I think that aspect of filming the show what what excited me the most about filming it and then getting to go back and watch it all kind of play out. And getting to see all the special effects and the makeup and everything, I feel like that excited me the most when I’m watching it. It’s a really cool experience getting to watch it all back.

BC: In “Astrid & Lilly Save The World,” what part of your character do you feel most connected to?

SA: I feel most connected to the experiences she goes through with her insecurities and feeling like she’s not enough. I really feel like in high school I was Lilly and sometimes the character resonates with me so much. I look at some of the situations that Lilly is going through and I think back to when I was in high school, I felt like I went through such similar situations with feeling self-conscious about my body and feeling just very, very insecure. It’s sort of how I like present myself and I was very fixated on what people thought of me and I really cared about it a lot. And I think really struggled with that, especially in the first half of the season. So I think I’m definitely connected most to that part of her, but I found when I was playing her it was actually kind of healing for me because I got to kind of relive those situations again, but then kind of like conquer them. Yeah, it was actually really lovely getting to play out some of those situations again. I love the way they wrote the character and I related to her so much.

BC: With this kind of show that is breaking these boundaries that you don’t often see on television, I was wondering what does good or respectful representation on television look like for you?

SA: I do love comedies and I get it sometimes you have a plus-sized person as the butt of a joke, but I think respectful representation for me is not poking fun at the things that like. It’s hard to explain but I think there’s certain things that don’t need to be made fun of because then it’s just like playing into the stereotype of another person’s weight. I think respectful representation is when they have someone plus-sized or diverse they throw them into the mix as if they’re just neutral. I really love seeing that. Body neutrality is a huge thing that I champion as well. It’s really awesome to see some of that on TV, in films, and in this show. It’s really great when I see that there’s someone who is clearly not the stereotypical beauty standard, but they’re being shown as our typical beauty standards because, yes, everyone is beautiful and I just I really love it when we don’t dwell on our differences. When shows embrace them, I think it’s really beautiful and we don’t have to make a huge deal about about certain things. I really love the writing with my character. She’s also queer and I also love how there wasn’t this huge sort of coming out story it was just so accepted that that she likes girls. It was just so naturally accepted and it wasn’t a huge thing because it didn’t have to be. I think when when things can be neutral that aren’t normally neutral I think it’s super respectful and really awesome to see like and I’m so happy that Astrid & Lilly Save The World gets to incorporate that.

BC: There are plenty of great episodes in “Astrid & Lilly Save The World,” so I’m wondering if you have a favorite and why that particular one?

SA: I do, I think episode eight is my favorite. It was our hair episode with the wet child we called the monster child. That was the episode where we had that homage to The Breakfast Club. All of the cast got to be together in the same room for a good chunk of the filming of that episode. That was so lovely because we all were so close, like the cast was so close with each other on and off the set. It was really nice getting to have that chance to all be together in the same room filming together and working together. It was a really great experience and was really fun. Also in that episode, we were like back in the same room together in these like massive cocoons, which was really fun as well. That was like a crazy experience in itself. It was so wild being wrapped up and just dangling from the ceiling. I think personally it’s our scariest monster because it’s like a child, a creepy little child and for me it’s a hard pass. Even when we were filming some of my reactions are genuine. Some things that we had to film was just…ya wanna twinge your neck because of some of the things in that episode. So definitely episode eight was a great one. The film, and it was directed by Danishka Esterhazy, she was amazing to work with as well.

BC: As a final questions, I wanted to ask you what is your favorite sci fi film or show? It can be something from years ago when you were a kid or from the SYFY network itself.

SA: I would have to say The Vampire Diaries, that they played on the CW network. But it it’s like it’s like a supernatural kind of Sci-Fi show. I was obsessed with that show all through elementary school and even now I’m still obsessed. It’s actually something that comes to mind when I think of Sci-Fi for sure. Also things like Teen Wolf, I was very into that Twilight-esque sort of stuff. Oh, don’t forget. So, definitely The Vampire Diaries is the winner for me.

BC: In the future do you think we’ll see you in any sci-fi themed shows or projects?

SA: I mean, I would I would love to be in future sci-fi stuff. I am a horror fanatic. I love all things horror movies and so I would absolutely love to do something like that, it would be amazing, a dream, honestly.

Why Did the Salamander Cross the Road? | Science