As certain young fruit flies mature, their eyes pop out of their head 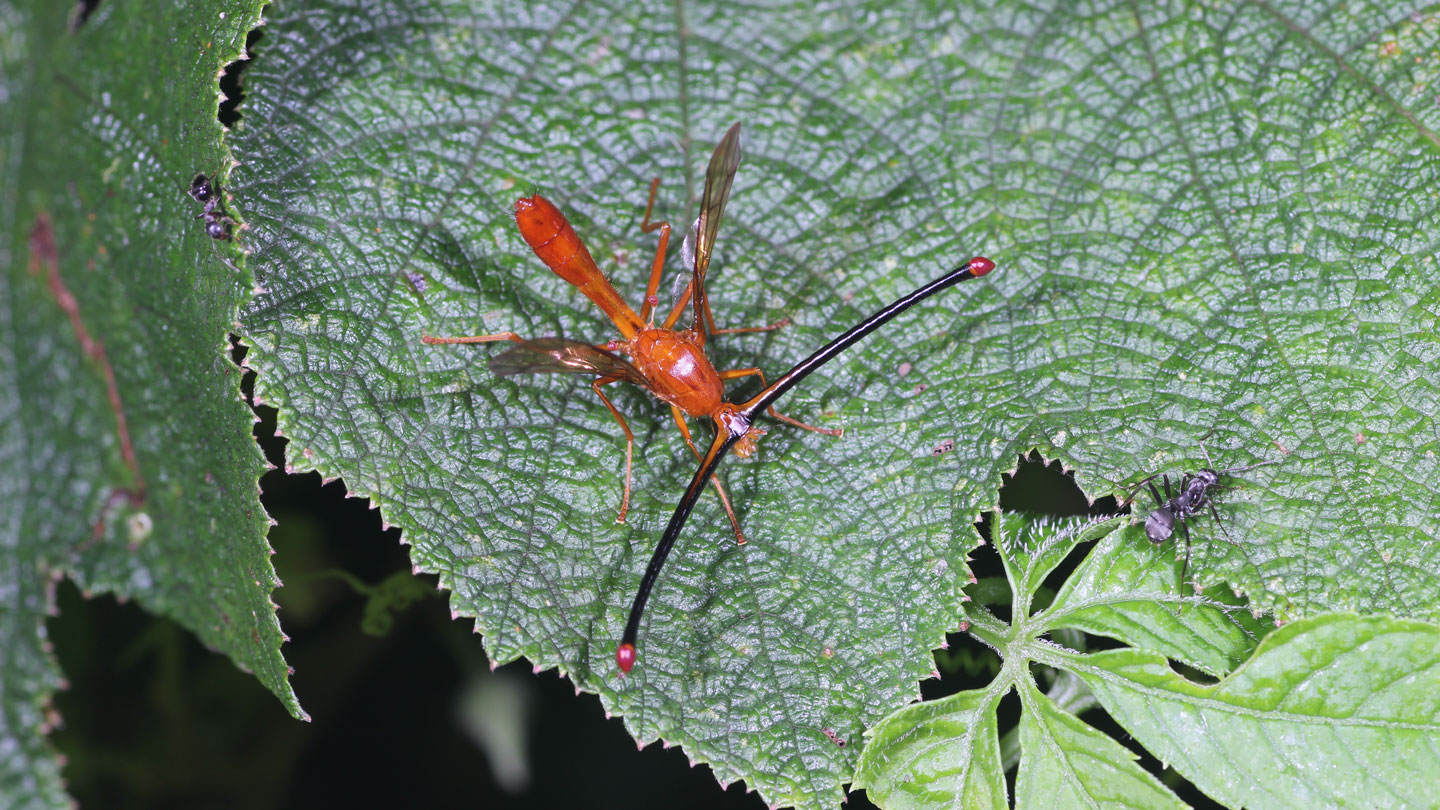 Body changes at the brink of adulthood can get awkward in humans, but at least our eyes don’t pop out of our heads on stalks longer than our legs.

High-rise eyes, however, give macho pizzazz to the adult male Pelmatops fruit fly. In one of the stalkier species, P. tangliangi, the eyes-up transformation takes only about 50 minutes, a new study reports. Once stretched, the skinny eyestalks darken and harden, keeping the eyes stuck out like selfie sticks for the rest of the fly’s life.

The details of P. tangliangi’s eye lift come from the first published photo sequence of their ocular blossoming, which appears in the September Annals of the Entomological Society of America. Biologists have known that eyestalks evolved in eight different fly families. Yet Pelmatops flies have gotten so little scientific attention that a lot of their basic biology has been a string of question marks.

Video images show the eyestalks curl and rise irregularly. Yet “they are not flopping around while partly inflated,” says Xiaolin Chen, an entomologist and evolutionary biologist at the Chinese Academy of Sciences in Beijing. “They seem slightly stiff, but still flexible enough.”

Females of the species may raise shorter eyestalks too — if Chen and her colleagues have found the right females. Chen suspects that what are now named as two species, based on the few specimens available, may just be two sexes of the same species. The new paper describes a male P. tangliangi mating with a female known by a different species name. Her stalks aren’t as magnificent as his, but she has some.

While the headgear can burden a flying insect, long eyestalks may give flies some swagger. These Pelmatops and other kinds of stalk-eyed flies face off, eyestalk to eyestalk, with uppity intruders. There’s no knocking and locking stalks in fierce fly disputes though. Any pushing and shoving, Chen says, is “done with other body parts.”

Extreme eyes may also have other benefits. In the wild, Chen finds these fruit flies on long stems of Rubus berry brambles. The eyes naturally periscope outward and upward, allowing the flies to spot danger while the body stays hidden in the greenery.

Here are the best ones to watch