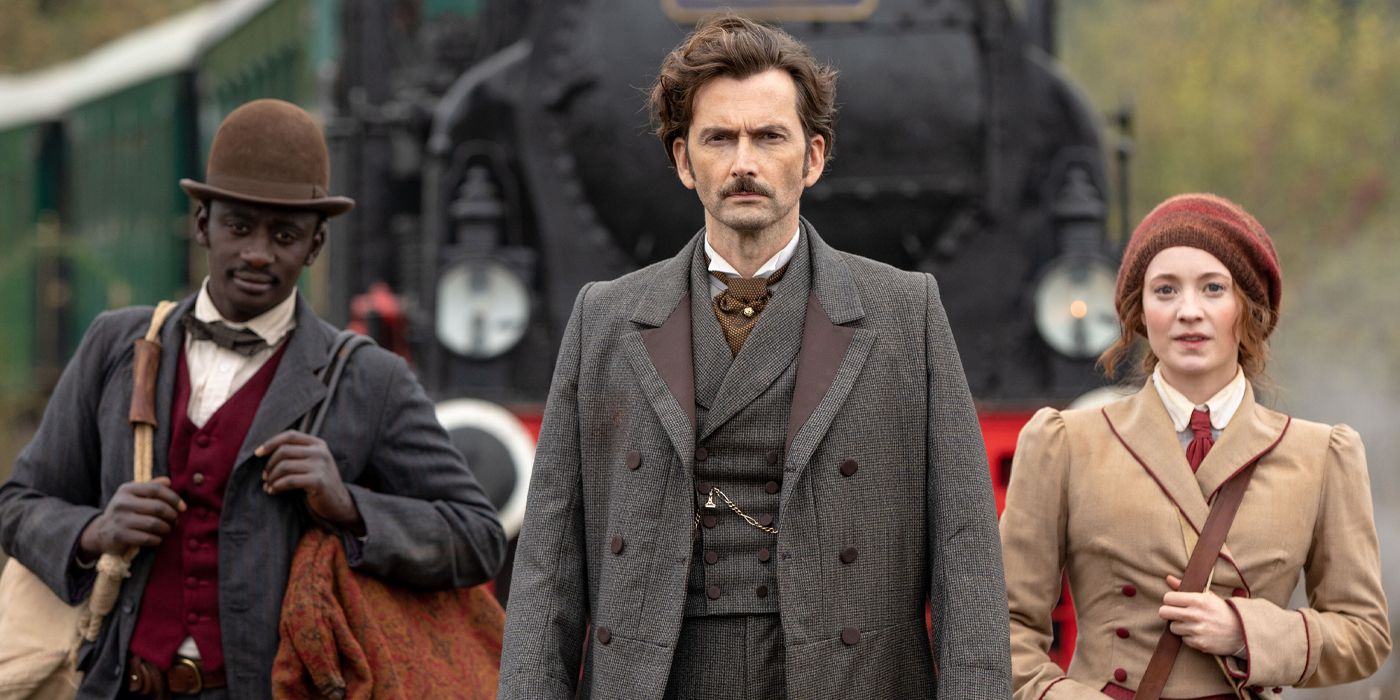 PBS has released an official trailer for their upcoming show Around the World in 80 Days. The video introduces us to the main characters, while also showing us some of the global adventures they’ll embark on once the series begins.

The trailer begins by showing us Phileas Fogg, who is played by David Tennant (Jessica Jones, Doctor Who), and he is referred to as an adventurer. He then introduces his companion Abigail Fix, who is a journalist played by Leonie Benesch (Babylon Berlin, The Crown). Abigail explains that she’s joining Phileas in order to cover his progress throughout his journey. We then see him explain his goal of traveling around the entire world in 80 days, and we see a character doubting him, suggesting that he’s not born to adventure.

We then see many of the places around the world they will be passing by, some issues they will encounter along the way, including someone shooting at them, and a bug flying into Phileas’s eye. The trailer ends with Jean Passepartout, who is traveling with Phileas and Abigail and played by Ibrahim Koma (Mother is Wrong, As Far As I Can Walk), asking why they couldn’t just take a train, while they fly off on a hot air balloon.

RELATED: David Tennant’s ‘Around the World in 80 Days’ Sets Release Date on PBS

Around the World in 80 Days is an upcoming TV show that will adapt the novel of the same name, written by Jules Verne. The story centers around Phileas Fogg, as he places a £20,000 wager against the members of the Reform Club, betting that he can circumnavigate the world in only eighty days. On his journey, he is accompanied by his new valet Jean Passepartout and journalist Abigail Fix. Simon Crawford Collins serves as executive producer alongside Lionel Uzan, Pascal Breton, and Winnie Serite.

The eight-episode series is set to premiere on January 2, 2022, and will be available on Masterpiece PBS. Check out the trailer below:

Get digging on December 13.

Ryan Reynolds Talks Being Open To Playing James Bond, And It’s Actually Not The First…