Are Sharks Attracted To Aquaculture Pens? 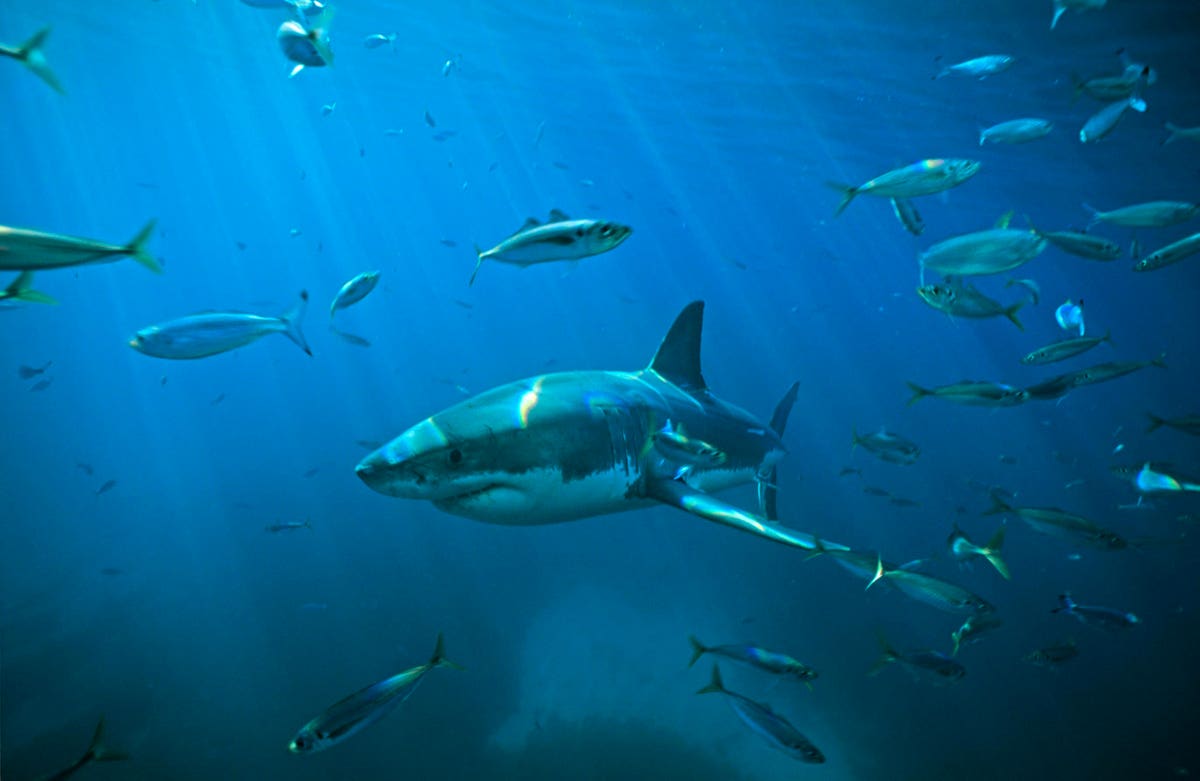 Squint and it might seem like a figment of your imagination. Still, they stand out from the turquoise waters off the coast. This group of raised fences is not so much for keeping stuff out as it is for keeping stuff in. Welcome to the future: aquaculture. It’s farming in water except you don’t keep chickens or cows penned up here. In contrast, you grow fish, shellfish, aquatic plants, algae, and other organisms. In 2008, only 37% of the total global fish supply was provided by aquaculture and by 2030, aquaculture is projected to supply over 50% of the world’s total fish supply. And not only does this venture provide food, but it also has been used as a wildlife tourism attraction, providing tourists with the opportunity to see and swim with species they would not normally be able to interact with in the wild. For example, one opened in 2017 near Granite Island (South Australia) where tourists could swim with southern bluefin tuna (Thunnus maccoyii) and other local fish species.

Also known by the Ramindjeri people as ‘Nulcoowarra,’ this island is characterised by huge granite boulders tinged with orange lichen. Home to the magical little penguins and the majestic southern right whale, people were appalled when the tuna pen was first proposed in 2016, with hundreds gathering in the harbor to protest against the “swim with the tuna” development amid concerns that the planned tourist attraction would draw sharks to the popular beaches. “The evidence does say that sharks and seals do congregate around these fish farms or fish pens,” Spokeswoman Nisa Schebella said at the time to The Advertiser. “It’s going to look pretty ugly sitting out there, especially now they want to paint it battleship grey. It’s going to look like an ugly big frigate.”

Was it true? Could these areas be a dinner bell for sharks? After all, it sort of is like an all-you-can-eat buffet packaged up nicely in a metal coating. Ocean fish farming and its associated infrastructure could be considered an external stimuli that could affect shark behavior by not only attracting sharks but increasing their residency in the vicinity of such aquaculture enclosures or pens. Plus, some shark species have been found to aggregate around ocean-farming cages (e.g. sandbar sharks, Carcharhinus plumbeus) or at least sporadically visit them (e.g. tiger sharks, Galeocerdo cuvier).

It was a question that intrigued Dr. Charlie Huveneers of Flinders University and the co-authors of a new study that investigates exactly scenario off Victor Harbor.

The team used acoustic tags and trackers for a five-year study to determine the abundance and residency of bronze whalers (Carcharhinus brachyurus) and white sharks (Carcharodon carcharias) around Granite Island pen, two species of great interest to the area. Bronze whalers – who get their name from their bronze coloring – are the only species of requiem shark in the genus Carcharhinus that lives in temperate rather than tropical waters. Southern Australian coastal and continental shelf waters are known to be home to these species, which are widespread but have a patchy distribution. South Australia is also one of the few places in the world – and the only place in Australia – where you can get up close and personal with white sharks. Found in cool, coastal waters around the world, great whites are the largest predatory fish on Earth and have been implicated in numerous fatal bites.

In total, 117 bronze whalers and 843 white sharks were tagged prior to or during the study period (March 2016 – April 2021). Each tag fitted to every shark had a battery life of up to 10 years, and more than 80% of the tags lasted through the duration of the study. Four acoustic receivers were then deployed at key sites in the Victor Harbor region, including at two nearby comparative sites (a seal colony – known as Seal Island – and about 164 feet or 50 meters from the pen near Granite Island), and two strategic headlands likely to be migratory paths when sharks enter the Victor Harbor region (Kings Head and the Bluff). The receivers were deployed for a period of 61 months (5 years) from March 2016 to April 2021, encompassing periods before, during, and after one pen was installed with the southern bluefin tuna (T. maccoyii) and other local fish species (e.g. Australasian snapper, Chrysophrys auratus). The pen was installed off Granite Island and stocked in July 2017 until April 2020, when all fishes were removed from the pen. The acoustic monitoring period, therefore, included 16 months prior to the pen being installed, 33 months while the pen was present, and 12 months after all fishes were removed from the pen.

Of the sharks tagged, 14 bronze whalers (12.0% of individuals tagged) and 9 white sharks (1.1% of individuals tagged) were detected throughout the monitoring period for up to 20 days. There was no clear evidence that the tourist attraction brought in any finned guests. “For bronze whalers, the number of sharks detected at the pen (four sharks) was similar to that at the nearby Seal Island (two sharks) and at other close-by receivers (e.g. three sharks at the Bluff),” explain the authors. “Whereas the number of bronze whaler detections (Fig. 2a) was slightly higher around the pen than at other locations when the pen was deployed, this receiver also detected bronze whalers more frequently than did the Kings Head and Seal Island receivers prior to the pen being installed. The largest number of detections (253 detections) was by a bronze whaler at the pen when it was installed (10-day residency), with the other three sharks also being detected at Granite Island during this same period on a single day only, and with fewer detections.”

There is no clear evidence that white sharks or bronze whalers are preferentially attracted to aquaculture pens or spend extended periods around them, even though aquaculture pens can produce stimulus and cues that can attract sharks, such as large fish biomass, fish mortality, or feeding events. Similarly, a previous study in Spencer Gulf (South Australia) found that commercial aquaculture pen effects on sharks were limited. However, could this be location-dependent? Afterall, a previous study done in Hawaii found that fish farms there attracted some species. A number of reports have also been published regarding shark interactions with aquaculture around the world, including in the Pacific Northwest, Puerto Rico, the Bahamas, Latin America, Reunion Island, the Mediterranean Sea, and other parts of Australia. “The discrepancy among these studies is likely to be due to a combination of the fish biomass in the pens and amount of feed used, location and habitat where the pens are deployed, the shark species occurring in the region, and husbandry practices,” the authors state. They hope that their research highlights that the likelihood of aquaculture pens attracting sharks is dependent on a combination of factors and highly context-dependent.

Denial of responsibility! TechCodex is an automatic aggregator of the all world’s media. In each content, the hyperlink to the primary source is specified. All trademarks belong to their rightful owners, all materials to their authors. If you are the owner of the content and do not want us to publish your materials, please contact us by email – [email protected]. The content will be deleted within 24 hours.
aquacultureAustraliabronze whalerfish farmingGranite Islandgreat white sharkNulcoowarraocean farming
0
Share

Bitcoin Holds Tight Near $20,500 Mark While Altcoins See Profit Booking Across the Board