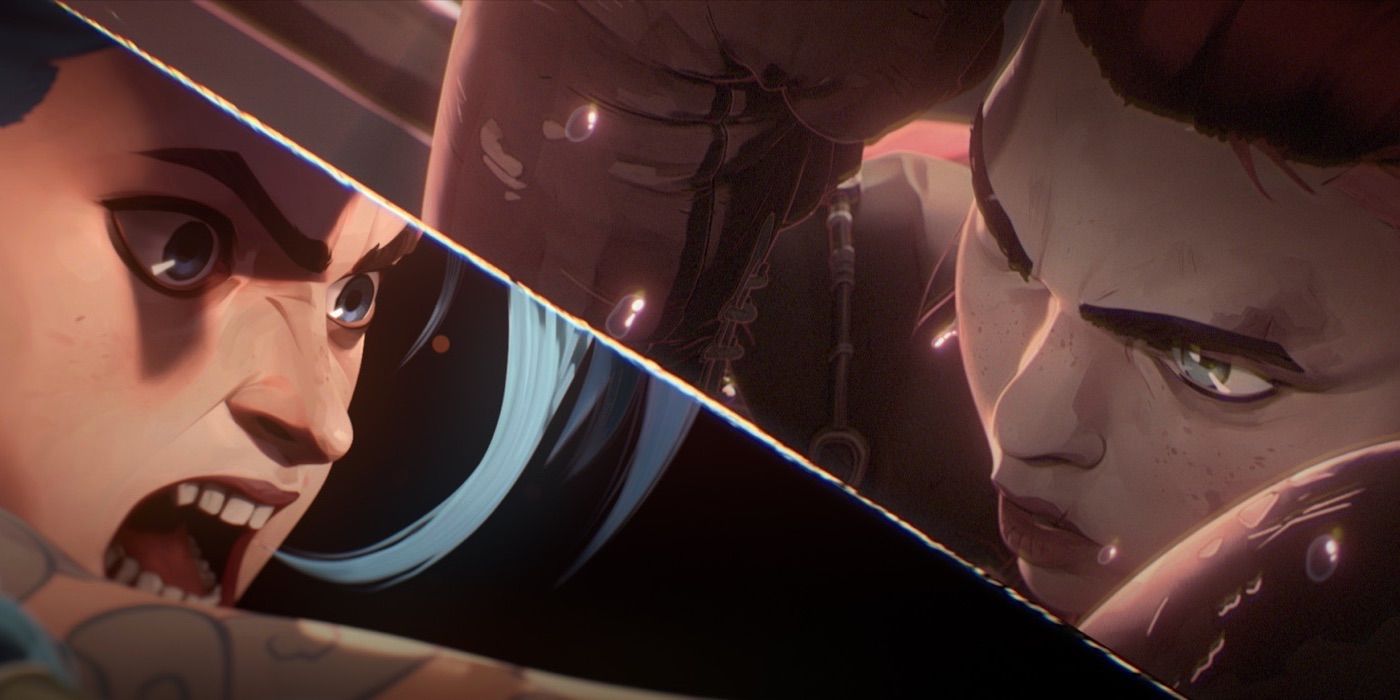 These two League champions are more connected than we thought.

Netflix has released a new clip and first look images from its upcoming animated series Arcane, based on the League of Legends universe. The news was revealed as an official part of Geeked Week, a five-day virtual event teasing trailers, never-before-seen images, and announcements from series and films that will premiere exclusively on the streaming service. Arcane is Riot Games’ first series for television and will premiere this fall on Netflix.

Arcane is set in the utopian region of Piltover and the oppressed underground of Zaun, and the story follows the origins of two iconic League champions-and the power that will tear them apart. Riot Games’ Christian Linke serves as showrunner and series co-creator alongside Alex Yee. In a new interview with Netflix, Linke and Yee revealed that they had been working on the project for 10 years, and that the story will revolve around sisters Vi and Jinx in what is likely one of the more “poorly-kept secrets” from the show. Granted, these two sisters have chosen seemingly diametrically opposed paths and have since become arch-rivals in the context of the universe, so that revealed family dynamic will definitely make for an interesting source of conflict around which to build Arcane‘s main story arc and emotional beats.

“League of Legends has inspired global fervor and fandom and we’re thrilled to be the home of the first television series set in this universe, Arcane,” said Dominique Bazay, Director, Original Animation for Netflix. “The series promises to be a visually spectacular thrill ride that will have viewers on the edge of their seats.”

Arcane will premiere this fall on Netflix. Check out the new clip and first-look images below:

He also teases a bigger season that hints at an ending.