During Apple’s ‘One More Thing’ Mac-focused event, the tech giant showed off its first proprietary ARM-based processor, the M1.

The new chip is built on 5-nanometre technology and features 8-cores, with four cores being designed for high-power and the other for high-efficiency. Another notable spec that the company teased is that every single core on the high-efficiency side of the chip is more powerful than the current dual-core MacBook Air.

To add additional context to this level of power, the company’s current A14 mobile chip features a six-core design with only high-performance cores. 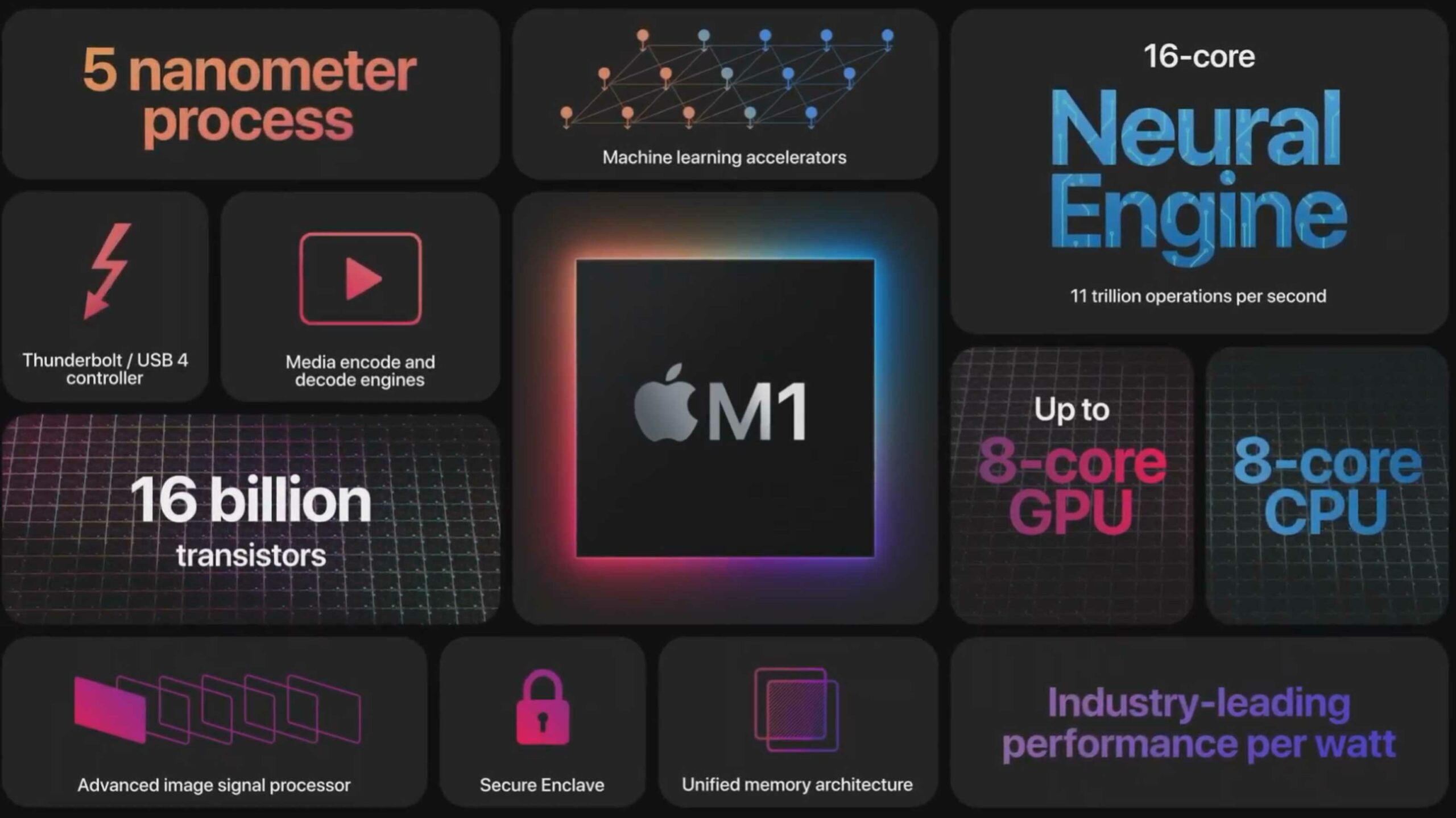 Apple also claims that the new CPU and GPU features the best performance per watt across the entire industry. This is important because the chip drawing less power means it should be able to stay cooler. This is helpful for the tech giant’s MacBook hardware development since it should allow for small and lighter laptops.

Like many predicted, Apple says that all iOS and iPad apps will be compatible with its M1-based Mac computers. This will be interesting because it likely requires developers to optimize their apps for mouse/trackboard and keyboard input.

During the keynote, Apple also emphasized how its upcoming MacOS Big Sur update is optimized specifically for the tech giant’s new M1 chip.

Further, Apple reiterated that its Rosetta 2 emulation software will be able to emulate programs developed for Intel-based maps.

PS5 Might Support 1440p In The Future, Depending On Demand