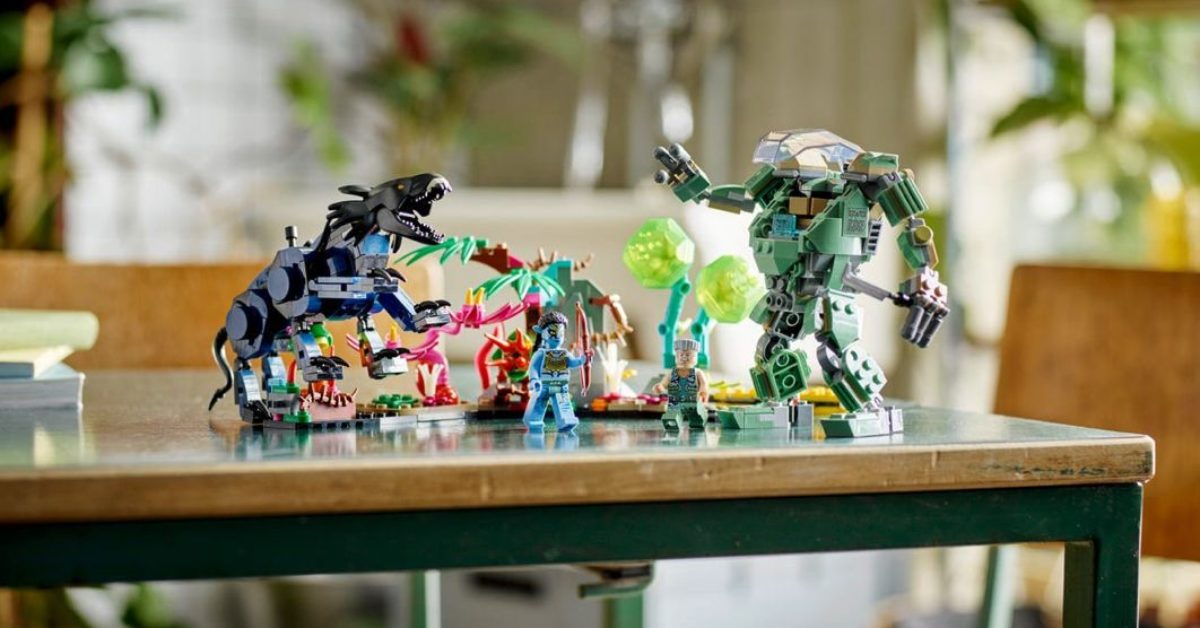 It looks like James Cameron’s Avatar is really trying to make its way back into the world. After 13 years, we are finally getting a sequel to the film that blew box office records for years. Avatar: The Way of Water is set to arrive on December 16, 2022, so it makes sense to try to catch people up on what the first film was about. We have started to see a lot of new collectibles arrive already as well as teases for some new ones like McFarlane Toys’ awesome Pandora Banshee birds. LEGO has been a big part of the return of Avatar to fans’ shelves with a nice assortment of new construction sets. Another one has been revealed with the Neytiri & Thanator vs. AMP Suit Quaritch set that comes in at 560 pieces.

Parts of Pandora are brick-built, and Avatar fans will be able to build iconic pieces of the world like the Chanter. Both Thantor and the Colonel’s AMP Suit will feature articulation, and mini-figures of Neytiri, and Colonel Miles Quaritch are included. The Na’vi figs are pretty sweet too, and they come in taller than your average mini-fig with is pretty cool. LEGO and Avatar fans will be Abel to bring the battle for Pandora to life, and this set comes in at $44.99. Pre-orders will arrive here starting October 1, 2022, and keep your eyes out for more Avatar sets as they come. 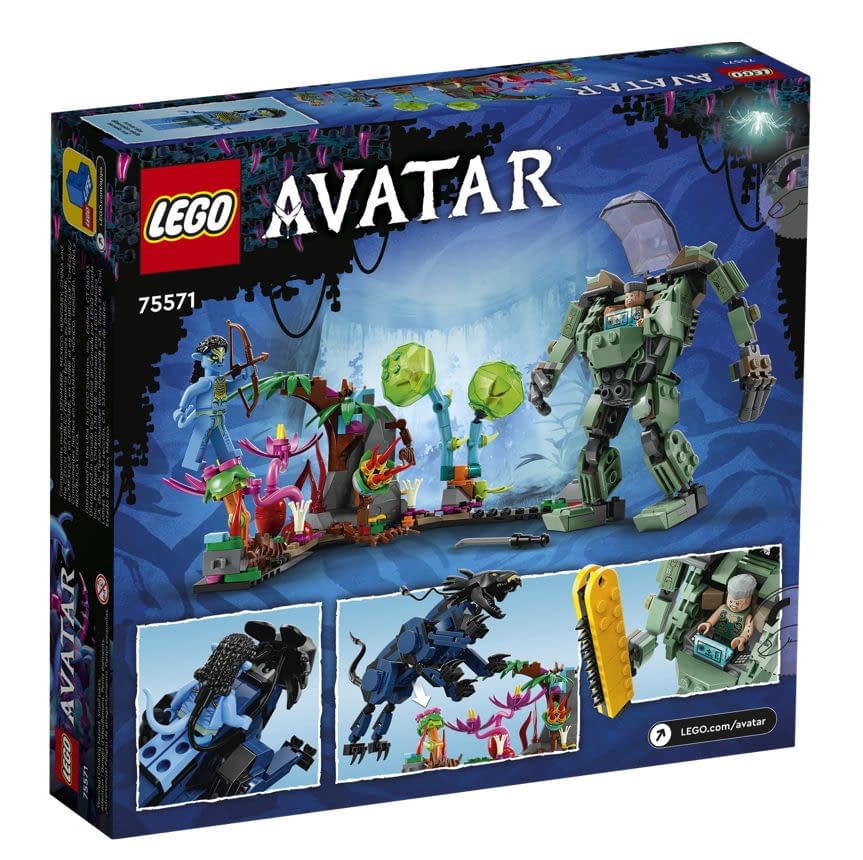 “Know an Avatar fan or child aged 9 and up who deserves a reward? This LEGO® Avatar Neytiri & Thanator vs. AMP Suit Quaritch (75571) building toy set will hit the mark. The set includes minifigures of Neytiri and Colonel Miles Quaritch, posable models of Neytiri’s Thanator figure and the Colonel’s AMP suit, plus a rainforest build with glow-in-the-dark pieces. Encourage a child or movie fan’s love of nature with a set made to reflect Pandora’s beautiful and dangerous rainforest, as kids and families play out action scenes or create new stories. Mix sets (sold separately) to extend the play and build a unique version of Pandora.”