Annoyed by the BBC Olympics coverage? Sky Q can watch it all for FREE 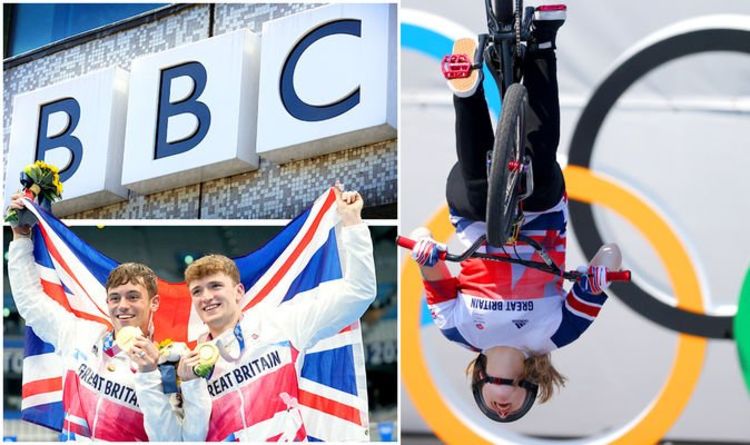 If you’ve been following the Olympic Games in Tokyo on the BBC, you’ve probably struggled to find coverage of your favourite sport. Those who watched the Olympic Games on the Beeb during London 2012 and Rio 2016 will be accustomed to dozens of digital streams with live coverage of almost every discipline. However, that’s not the case with Tokyo 2020… and fans aren’t happy.

BBC insists they’re still able to broadcast the “must-see moments” of the Olympics, which is also available on its radio stations. However, the broadcaster, which is funded by the licence fee, is currently limited to two live events at any one time. This has led to some disastrous missteps – including the BBC Sport account on Twitter sharing news that Bradly Sinden, who went on to win a silver medal, had reached the taekwondo final …before the footage from semi-final fight had been shown on BBC One.

BBC presenter Dan Walker has spoken out to defend his employer, stating: “I know we’ve got used to being able to see every sport – on various streams – at the Olympics but, this time, the BBC is only allowed to show two sports at the same time. It is an issue about TV rights and not an editorial choice.”

Yes, the reason the Beeb is so constrained in its Olympics broadcasts is that Discovery acquired the European-wide rights for £920 million back in 2016. The International Olympic Committee and American TV giant Discovery agreed the deal back in 2015. It covers “all TV and multi-platform broadcast rights in Europe” of the four Olympic Games set to take place between 2018 and 2024.

Sky Q customers can claim a year of free access to Discovery+. For those who don’t know, the new Netflix rival from Discovery includes access to live channels as well as on-demand boxsets of some of its biggest shows, like World’s Greatest Cars, 90 Day Fiancé and Say Yes to the Dress, to name a few. There are also new exclusive shows include Joe Exotic: Tigers, Lies & Cover Up, Salvage Hunters: Design Classics, and Prince Andrew, Maxwell & Epstein.

The new promotion, which isn’t available on Virgin Media, Roku, Apple TV or any other set-top box kit, is an exclusive partnership to drum up interest in the new streaming service. Of course, Discovery channels are all available to watch on Sky Q via the TV Guide, however, if you don’t pay for the right bundle – the latest promotion could be a good way to catch-up on all of the previously-aired shows without adding to the cost of your monthly Sky TV bill.

Like Disney+ and Netflix, discovery+ will have its own dedicated app for Sky Q.

Yes, if you have a Sky Q box in your house that features a remote control with voice control capabilities, then pick it up and say “get discovery+” (pronounced discovery plus) and you’ll unlock the new streaming service to watch at no extra cost on your set-top box.

If you don’t subscribe to Sky Q, then don’t worry. Everyone will be able to take advantage of a new 14-day free trial to test out what’s on offer on discovery+. After that expires, you’ll have to pay £4.99 a month to continue watching. There is a discount available if you decide to pay annually, mirroring a similar deal from Netflix earlier this year, which costs £49.99.

To celebrate the launch – as well as dishing out an annual subscription for free to Sky Q viewers with a voice remote – Discovery is also offering a discounted £29.99 a year subscription to anyone who signs up to the new-streaming-service-on-the-block before February 1, 2021. Outside of Sky Q and the player in your web browser, Discovery has launched a dedicated discovery+ app for iOS and Android, with the company promises roll-outs for additional devices later this year and throughout 2021.