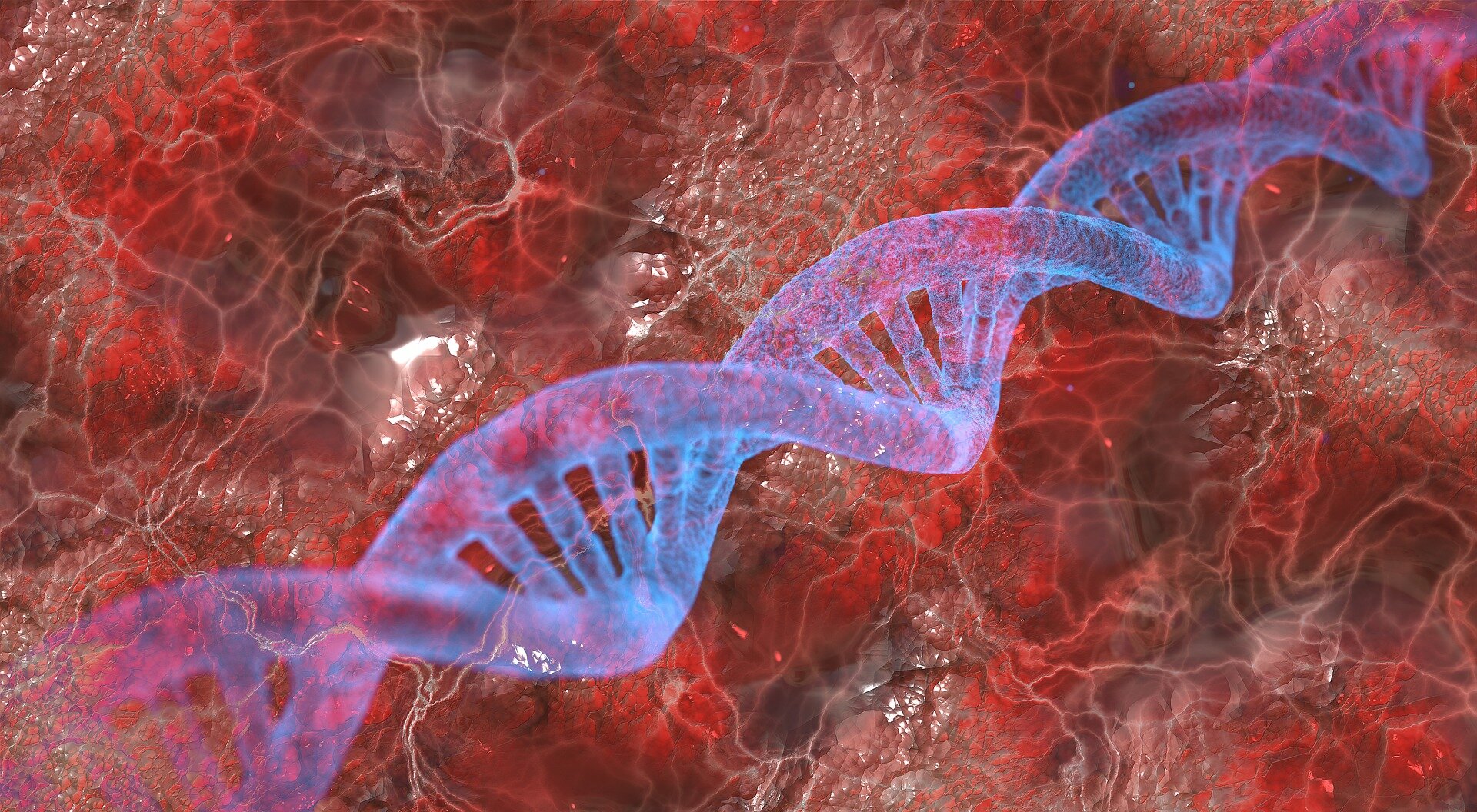 Viral DNA in human genomes, embedded there from ancient infections, serves as antivirals that protect human cells against certain present-day viruses, according to new research.

The paper, “Evolution and Antiviral Activity of a Human Protein of Retroviral Origin,” published Oct. 28 in Science, provides proof of principle of this effect.

Previous studies have shown that fragments of ancient viral DNA—called endogenous retroviruses—in the genomes of mice, chickens, cats and sheep provide immunity against modern viruses that originate outside the body by blocking them from entering host cells. Though this study was conducted with human cells in culture in the lab, it shows that the antiviral effect of endogenous retroviruses likely also exists for humans.

The research is important because further inquiry could uncover a pool of natural antiviral proteins that lead to treatments without autoimmune side effects. The work reveals the possibility of a genome defense system that has not been characterized, but could be quite extensive.

“The results show that in the human genome, we have a reservoir of proteins that have the potential to block a broad range of viruses,” said Cedric Feschotte, professor of molecular biology and genetics in the College of Agriculture and Life Sciences. John Frank, Ph.D., a former graduate student in Feschotte’s lab and now a postdoctoral researcher at Yale University, is the study’s first author.

Endogenous retroviruses account for about 8% of the human genome—at least four times the amount of DNA that make up the genes that code for proteins. Retroviruses introduce their RNA into a host cell, which is converted to DNA and integrated into the host’s genome. The cell then follows the genetic instructions and makes more virus.

In this way, the virus hijacks the cell’s transcriptional machinery to replicate itself. Typically, retroviruses infect cells that don’t pass from one generation to the next, but some infect germ cells, such as an egg or sperm, which opens the door for retroviral DNA to pass from parent to offspring and eventually become permanent fixtures in the host genome.

In order for retroviruses to enter a cell, a viral envelope protein binds to a receptor on the cell’s surface, much like a key into a lock. The envelope is also known as a spike protein for certain viruses, such as SARS-CoV-2.

In the study, Frank, Feschotte and colleagues used computational genomics to scan the human genome and catalog all the potential retroviral envelope protein-coding sequences that might have retained receptor binding activity. Then they ran more tests to detect which of these genes were active—that is, expressing retroviral envelope gene products in specific human cell types.

Once the researchers had identified antiviral envelope proteins expressed in different contexts, they focused on one, Suppressyn, because it was known to bind a receptor called ASCT2, the cellular entry point for a diverse group of viruses called Type D retroviruses. Suppressyn showed a high level of expression in the placenta and in very early human embryonic development.

They then ran experiments in human placental-like cells, as the placenta is a common target for viruses.

The cells were exposed to a type D retrovirus called RD114, which is known to naturally infect feline species, such as the domestic cat. While other human cell types not expressing Suppressyn could be readily infected, the placental and embryonic stem cells did not get infected. When the researchers experimentally depleted placental cells of Suppressyn, they became susceptible to RD114 infection; when Suppressyn was returned to the cells, they regained resistance.

In addition, the researchers did reverse experiments, using an embryonic kidney cell line normally susceptible to RD114. The cells became resistant when the researchers experimentally introduced Suppressyn into these cells.

The study shows how one human protein of retroviral origin blocks a cell receptor that allows viral entry and infection by a broad range of retroviruses circulating in many non-human species. In this way, Feschotte said, ancient retroviruses integrated into the human genome provide a mechanism for protecting the developing embryo against infection by related viruses.

Future work will explore the antiviral activity of other envelope-derived proteins encoded in the human genome, he said.

Co-authors include Carolyn Coyne, a virologist at Duke University’s School of Medicine, and Jose Garcia-Perez, a molecular biologist at the University of Granada, Spain.