Amnesia: Rebirth Review – Welcome to the End of the World

Calling some horror titles “just” video games does not do them justice. Some of them go beyond the boundaries of the medium, becoming haunting experiences that stay with the player long after they have been completed and mastered. Amnesia: The Dark Descent by Frictional Games is definitely among these horror experience: it is a game that literally shocks the player deep within, an experience that is very difficult to forget.

Developing a follow-up to such an experience was no simple task. After the release of the amazing Soma, Frictional Games started working on the true sequel to their now-classic horror game, a journey filled with many bumps on the road that took a long time to complete. At the end of it, however, is the experience that all Amnesia fans were waiting for. Welcome to the end of the world. Welcome to Amnesia: Rebirth.

Amnesia: Rebirth tells the story of Tasi Trianon, one of the members of a research squad traveling to Algeria. The expedition, however, takes a very wrong turn rather quickly, as the plane they are traveling in crashes before reaching its destination. An unspecified amount of time passes, and Tasi wakes up inside the crashed plane, with no sign of her husband and her companions. Determined to find her husband and the rest of the squad, Tasi ventures out into the desert, not knowing that her journey will be a journey into the deepest recesses of her mind, a journey where fear will take a whole new meaning.

It’s very difficult to say why the Amnesia: Rebirth story is so good while avoiding massive spoilers. The way it is narrated is definitely one of the reasons why it is so engaging, as you will actually be retreading Tasi’s steps: events have already happened, but she has no recollection of anything. By revisiting places where she has already been, she will remember more of what happened, including some very personal things that involve her husband, her family, and her current condition. Piecing together these fragmented memories only adds to the atmosphere: the player is effectively Tasi Trianon and is as lost as the woman is in the Algerian desert. Every little new piece of information, every event, every line of dialogue is meant to make the experience feel both extremely unnerving and immersive, so much that there are times when you would want to run away from all that is happening but still feel compelled to push ahead anyway.

Adding to this amazing atmosphere is the great choice of setting, a desert setting that is quite unusual as far as survival horror games go. It isn’t just the dark caves and the mysterious, and devoid of human life, locations, but also the dunes and the sunset: they look desolate, and truly make the player feel alone and helpless

Characters are also a big part of the reason why Amnesia: Rebirth is so engaging. Despite being developed mostly via Tasi’s memories, all of the characters are extremely memorable thanks to the great writing and voice acting that brings life to characters who do not get all that much screentime. 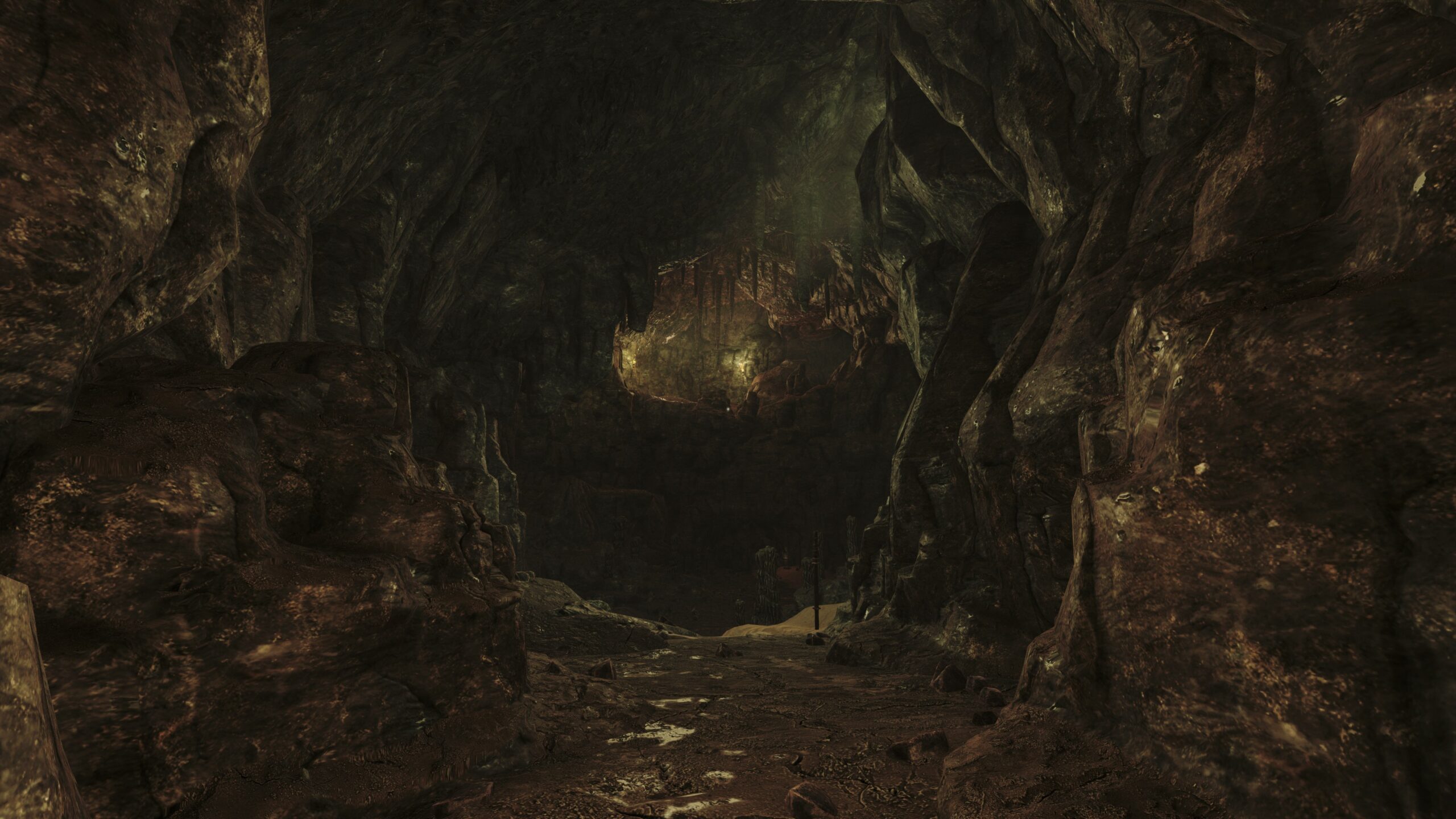 Part of the reason why the Amnesia: Rebirth atmosphere is so amazing is also thanks to the gameplay. It is not terribly innovative, but it serves the whole experience quite well, preventing creating that disconnect that usually ruins horror games with an excess of gameplay mechanics and systems.

The Amnesia: Rebirth gameplay is extremely straightforward. The game, played from a first-person perspective, sees players traverse a variety of different locations in a mostly linear fashion while collecting items that are important for survival, solve puzzles and stay ahead of the mysterious creatures that haunt this portion of the Algerian desert and the mysterious dimension that Tasi can access with the help of a special talisman.

Unlike most survival-horror games out there, there isn’t a health bar or any other indicator that represents Tasi’s current state. The only true indication we get is the image blurring, visions, and shadows creeping around the screen. This happens when Tasi is staying for too long in the dark, and the more she does, the harder it becomes to deal with the dangers ahead. The only way to restore her mental health is to get close to light sources, which can be available naturally outdoors,  by lighting candles and torches, or by using the lamp that is found within the first hour of the game. Matches and lamp oil are only available in extremely limited quantities, and so proper resources management is very important for survival. 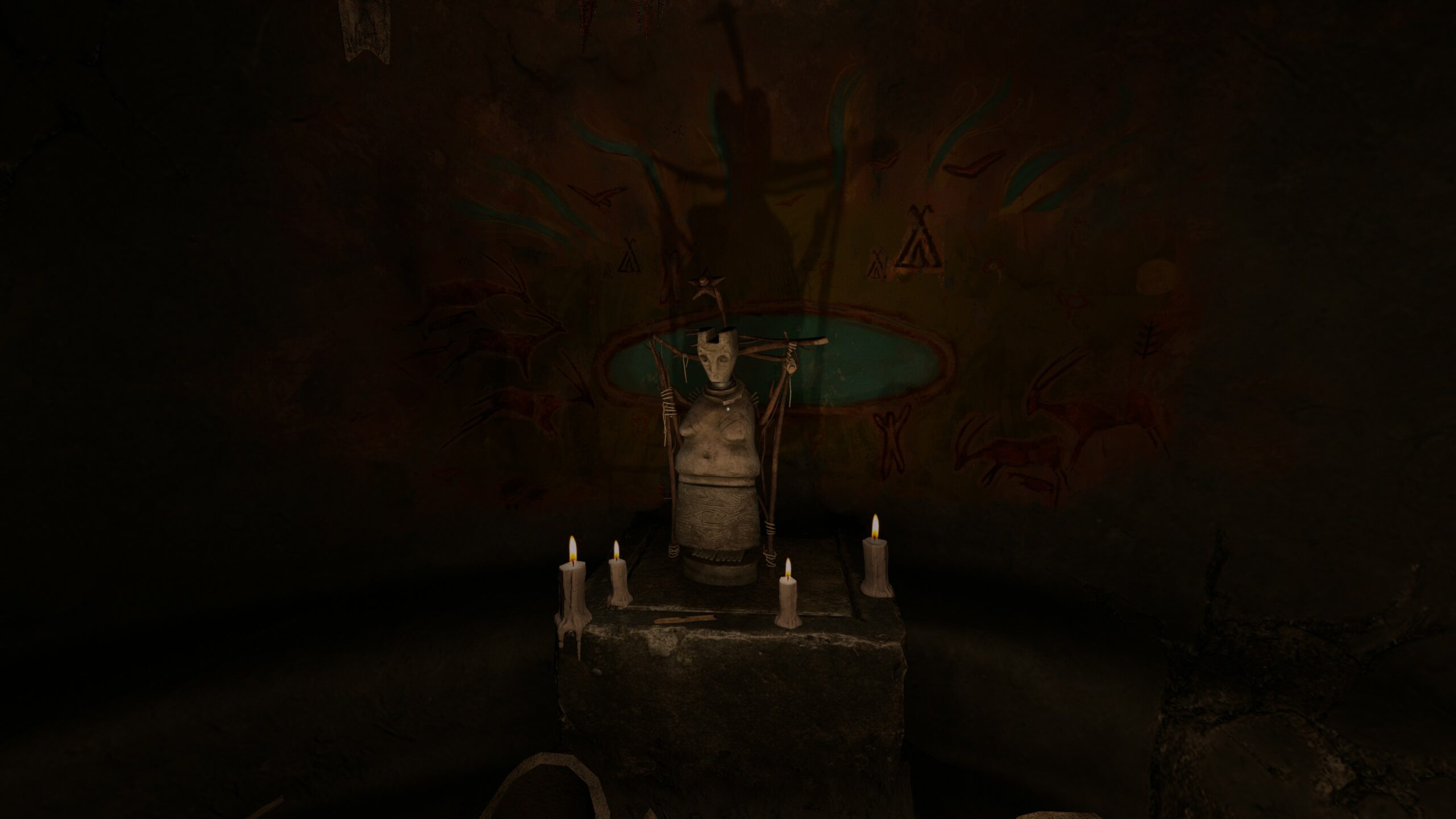 The fact that resources are so limited forces players to explore the dark caves of the desert and all the other locations thoroughly. Most of the time, the items needed for survival aren’t immediately visible, so players will have to open chests and move other objects around to find them. The game employs a physics-based system that lets you move these objects around and that works quite well, also considering that some puzzles take advantage of this system in a very natural way: in a particular puzzle, for example, you need to place a plank correctly on the ground to access a contraption. These puzzles are never too complicated, but they are implemented in a very clever way that requires proper exploration of the surroundings and a little bit of thinking. Some of them can also be completed in different orders, so players aren’t forced to play the game in a specific way. It doesn’t lead to anything different, but it’s a nice touch nonetheless.

Tasi will often be exploring these locations alone, but there will be times when you will be in the company of creatures who are not particularly fond of her. The enemy encounters don’t happen too often, but this is what makes them feel special. They are also treated pretty much as another puzzle to solve, only that there is something fearsome breathing down your neck: keeping fear under control during these situations is more difficult than ever, so players will have to use the environment to their advantage. Failing to do so will result in the immediate end of Tasi’s journey. 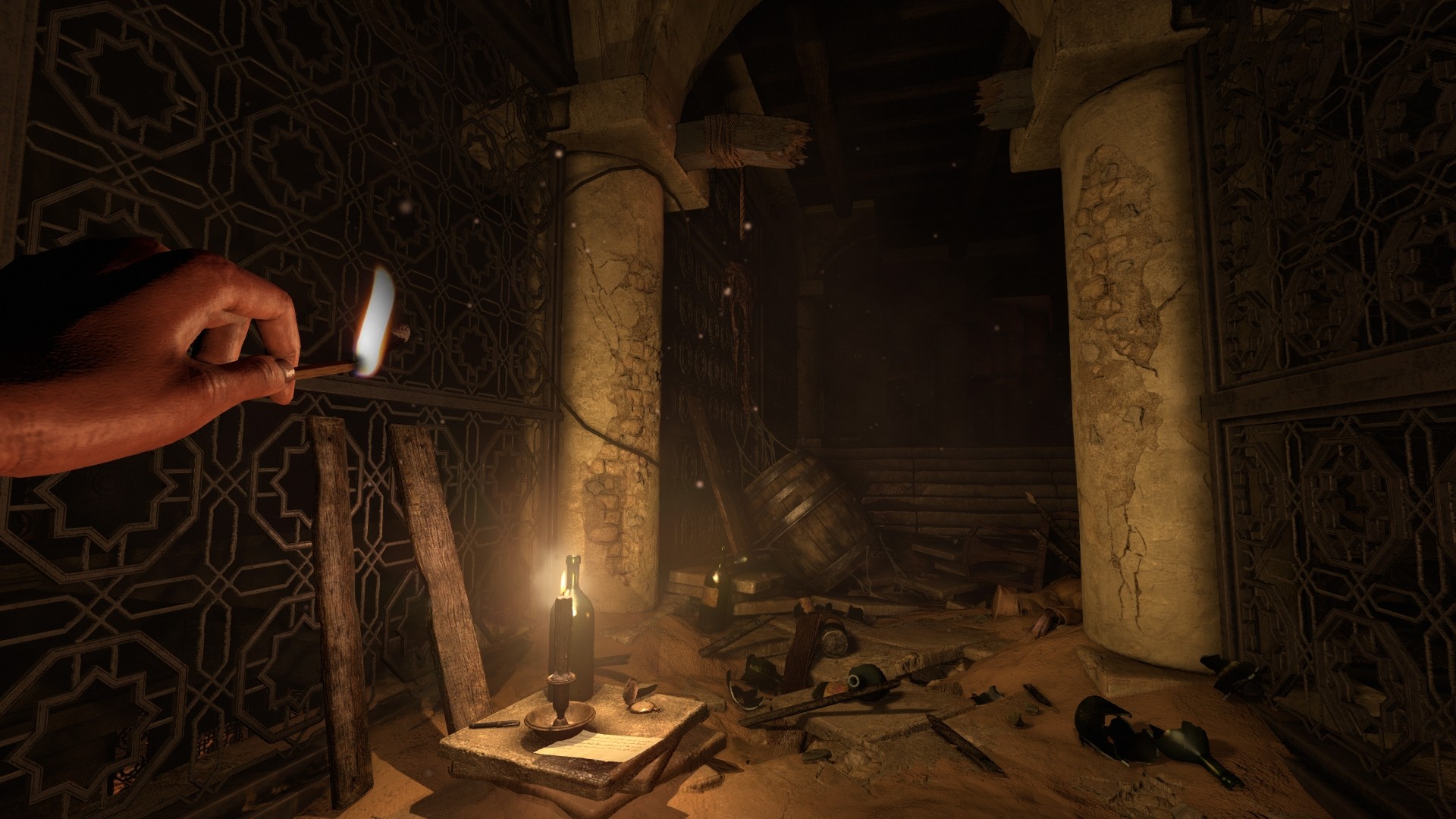 Despite being well-crafted, the Amnesia: Rebirth gameplay is, honestly, anything but revolutionary. It is extremely functional, that’s for sure, but it feels like the developers did not really try to go beyond the boundaries of the survival-horror genre. It is not a huge issue, considering how good the whole experience is, but it is difficult not to notice.

In a game like Amnesia: Rebirth, graphics, and sound are extremely important in making the whole experience enjoyable, and the game definitely delivers on this front. While visuals are definitely not among the absolute best we have seen in recent years, they are quite good, with a very appropriate implementation of lighting that improves the atmosphere a lot. Particularly well-done are the screen transitions that are used to highlight fear increasing, entering areas with no light, and other events happening on screen. They can also be turned off, so the game also delivers in terms of accessibility. Performance is also extremely solid, with the game running at stable 60 FPS at max setting, 1440p resolution on a machine powered by an i7-3770 CPU, GTX 980 Ti GPU, and 16 GB RAM. The game isn’t particularly demanding, so most modern systems should have no trouble running it decently.

Just like for the visuals. Amnesia: Rebirth fully delivers on sound production as well. Voice acting, as already mentioned, is quite good, as it manages to make characters that pretty much do not appear on screen properly instantly recognizable. Music and sound effects are just as good, enhancing the unnerving atmosphere that is the heart of the whole experience.

Amnesia: Rebirth may not be the most revolutionary of survival horror games released in recent times, but it really doesn’t matter. What it sets out to do, it does extremely well, so much that there are times when it becomes difficult to continue on after witnessing certain events. When a horror game manages to evoke such feelings, very little else really matters.

Amnesia: Rebirth is a more than worthy new entry in the popular series, and one of the best horror games released this year, thanks to its engaging story, very good writing and unnerving atmosphere that can make playing the game feel almost uncomfortable. And if a horror game manages to achieve this, small issues like a lack of gameplay innovation and limited replay value don’t really matter.