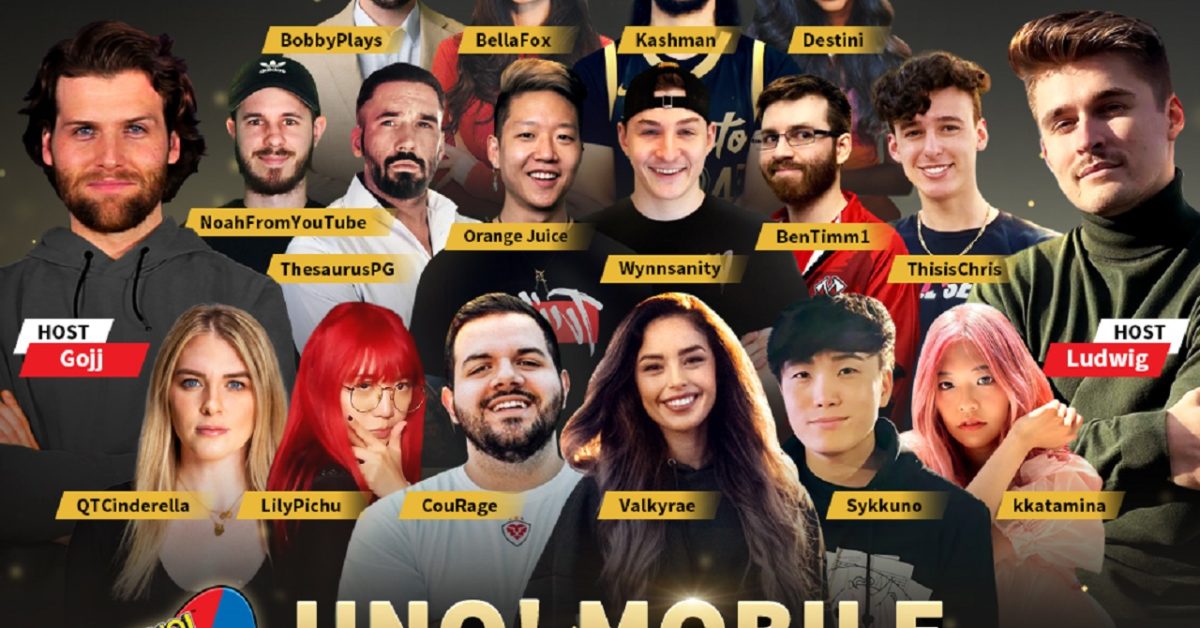 Mattel163 announced a special celebrity version of the UNO! Mobile Wildcard Series as they will be holding an All-Stars Tournament. The event will be hosted by Ludwig Ahgren and will feature 16 different major creator names across multiple platforms who will face off against each other in UNO! Mobile. The event will be played across three weeks starting this Friday, August 12th, and will run all the way until the Grand Finale on August 26th. As you can see from the image here, they went all out to find some interesting challengers that will probably make this a fun tourney to watch. We have more info below on what will be happening and how you can watch the competitiion.

In the competition, special rules will keep even the best UNO players on their toes. 2v2 team mode puts two players on a team where they can see each other’s cards and if one player wins, they both do. 16 star gamers will need to strategize together in order to win—friendships will be made and broken, but in the end there will be a clear winner! UNO! Mobile Wildcard Series: All-Stars will be livestreamed in a watch party within the UNO! Mobile app where viewers can vote for their favorite contestant between 12:00 am PDT on August 11 to 11:59 pm PDT on August 22. The top four voted-for streamers will automatically secure their place in the final. Voting will be available exclusively in the UNO! Mobile app.

All creators participating in UNO! Mobile Wildcard Series: All-Stars will broadcast their livestream via their own channels, alongside the UNO! Mobile official YouTube channel. Qualifying rounds will be held on August 12th and 19th at 4PM PDT, where contestants will face off in teams of two. The finals will occur on August 26 at 4:00 pm PDT, where the winner will take home the one-of-a-kind, solid gold UNO wildcard.

Google, seeking revenge, accuses Sonos of infringing on seven of its patents in two lawsuits