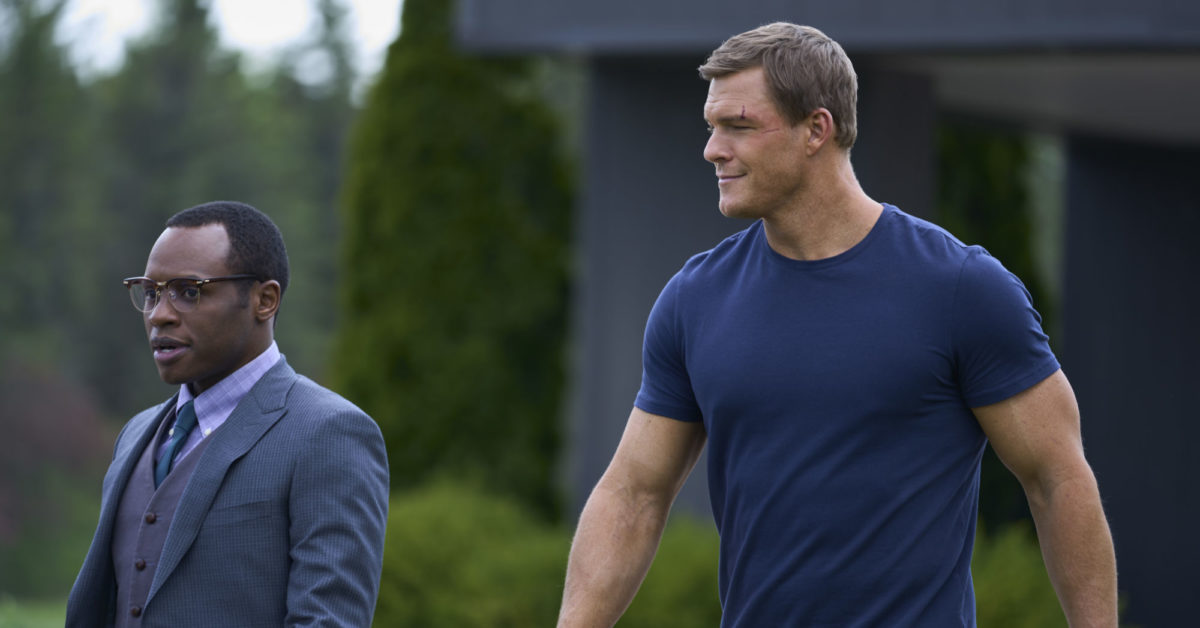 Okay, fans of Amazon’s Prime Video and writer/showrunner Nick Santora‘s Alan Ritchson-starring Reacher. It’s time to deliver you a double-shot of good news. First up, filming is officially underway on the second season, with Ritchson posting a video to make it official. But before we get to all of that, we also have some last-minute casting news. Serinda Swan (Coroner), Ferdinand Kingsley (The Sandman), and Rory Cochrane (Winning Time) have joined the cast as series regulars. In addition, Domenick Lombardozzi (Magnum P.I.), Luke Bilyk (DeGrassi: The Next Generation), Dean McKenzie (Shooter), Edsson Morales (Black Summer), Andres Collantes (Two Sentence Horror Stories), Shannon Kook-Chun (The 100), Ty Victor Olsson (Supernatural), Josh Blacker (See), and Al Sapienza (Coroner) are set to guest star. In addition, Maria Sten will return as Frances Neagley, with Shaun Sipos playing David O’Donnell. Based on bestselling author Lee Child‘s 11th book in the series (Bad Luck and Trouble), Reacher sets out to find answers (and a lot of revenge) when members of his old military unit turn up dead.

Now here’s a look at Ritchson’s Instagram post, where he “goes big” to announce the start of filming on the second season:

Swan’s Karla Dixon served with Reacher in the Army’s unit of Special Investigators. She’s an extremely intelligent private investigator who has no problem holding her own in a fight against men much larger than she is. Kingsley’s A.M. is what Homeland Security calls a “ghost;” he operates under a number of aliases and can pass for any nationality. Money is his only motivation, and he’ll work for the highest bidder. Cochrane’s Shane Langston is a streetwise former NYPD detective with a questionable track record who is now head of security for a private defense contractor. Lombardozzi’s Guy Russo is a tough NYPD detective who’s investigating a case that involves several of Reacher’s former Army cohorts. Olsson’s Saropian is a brutal professional hitman who is charged with following members of Reacher’s old elite military squad. Blacker’s Hortense Fields is Lieutenant Colonel in the Army who oversees Reacher’s Elite 110th – Special Investigator’s Unit. Sapienza’s Marsh is a formidable lieutenant with the NYPD.

Get An iPad Mini Bundle For $290 For A Limited Time