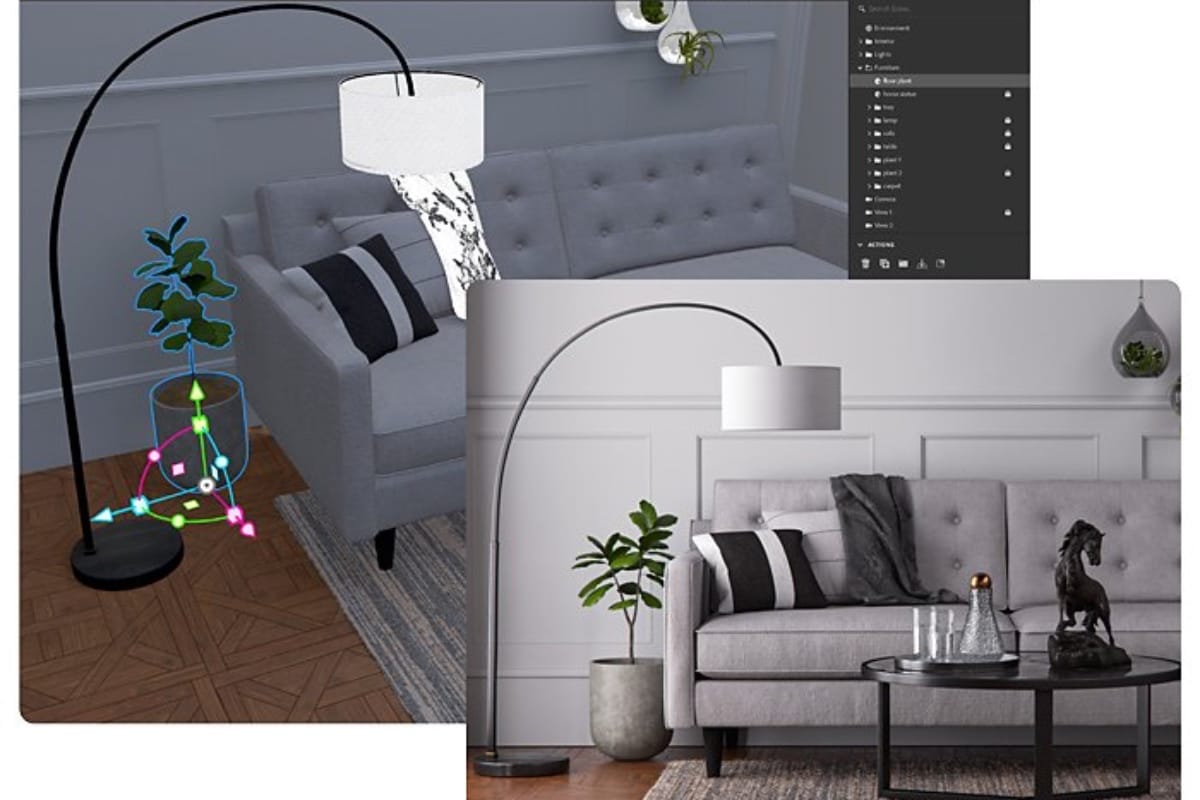 Adobe on Tuesday released a set of new software tools designed to make it easier to create three-dimensional digital objects for marketing campaigns, video games and the metaverse. With its graphic design and photo editing tools, Adobe has long dominated the market for two-dimensional content creation, a position it sought to protect when it spent $20 billion (roughly Rs. 1,66,000 crore) in cash and stock last month to buy rival upstart Figma in the biggest buyout ever of a privately held software firm.

But in recent years Adobe has also invested in creating three-dimensional content, a field dominated by video-game centric firms like Unity. Such content is expected to factor prominently in the metaverse, the virtual world that Meta and others are counting on for future revenue growth.

However, three-dimensional objects have long been labour-intensive for artists to create, and Adobe on Tuesday released two tools designed to make it faster and easier to make the digital objects.

Adobe’s “3D Capture” tool lets users take a series of photos of a real-world object with nearly any camera — including smartphones — and then melds the photos together into a three-dimensional digital object. An early use of the software will be for e-commerce, where, for example, a shoe seller could let users with augmented reality virtually try on sneakers to see how they look on their feet, said François Cottin, senior director of marketing for Substance 3D and metaverse at Adobe.

“It’s only with augmented reality and with 3D that you can do that,” Cottin said.

The second Adobe tool released Tuesday allows artists to switch between editing a three-dimensional object on a desktop computer to manipulating it with their hands in a virtual reality headset. The software lets virtual artists get a similar feeling to sculpting clay, which remains in use designing cars and other objects, while also having the precision of working on a computer, Cottin said.

“Jumping from one to another is extremely, extremely useful,” Cottin said.

Denial of responsibility! TechCodex is an automatic aggregator of the all world’s media. In each content, the hyperlink to the primary source is specified. All trademarks belong to their rightful owners, all materials to their authors. If you are the owner of the content and do not want us to publish your materials, please contact us by email – [email protected]. The content will be deleted within 24 hours.
adobe 3d capture content creation tools released metaverse digital objects marketing games adobeARmetametaverseVR
0
Share

South Africa’s biggest cities are out of water, but the dams are full: What’s gone wrong?

The Best PlayStation Fighting Games For PS5 And PS4