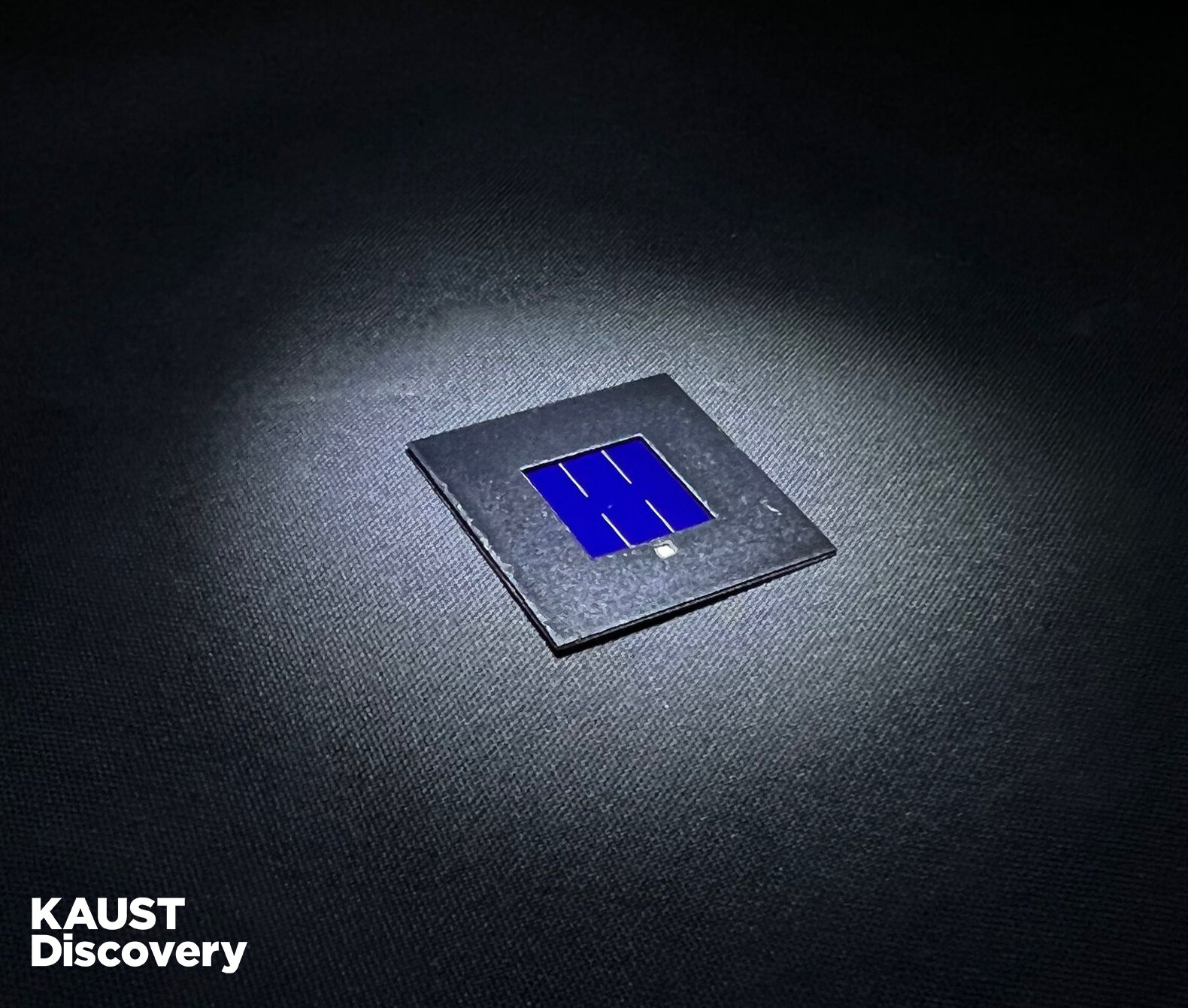 Tandem solar cells that combine perovskite and silicon-based subcells in one device are expected to better capture and convert sunlight into electricity than their conventional single-junction silicon analogs at a lower cost. However, when sunlight strikes the perovskite subcell, the resulting pairs of electrons and positively charged holes tend to recombine at the interface between perovskite and the electron-transport layer. Also, a mismatch between energy levels at this interface hinders electron separation within the cell. Cumulatively, these problems lower the maximum operating voltage available, or open-circuit voltage, of the tandem cells and limit device performance.

These performance issues can partially be solved by introducing a lithium fluoride layer between the perovskite and electron-transport layer, which usually comprises the electron-acceptor fullerene (C60). However, lithium salts readily liquify and diffuse through surfaces, which makes the devices unstable. “None of the devices have passed the standard test protocols of the International Electrotechnical Commission, prompting us to create an alternative,” says lead author Jiang Liu, a postdoc in Stefaan De Wolf’s group.

Liu, De Wolf and co-workers systematically investigated the potential of other metal fluorides, such as magnesium fluoride, as interlayer materials at the perovskite/C60 interface of tandem cells. They thermally evaporated the metal fluorides on the perovskite layer to form an ultrathin uniform film with controlled thickness before adding C60 and top contact components. The interlayers are also highly transparent and stable, in line with the inverted p-i-n solar cell requirements.

The resulting tandem solar cell achieved a 50 millivolt increase in its open-current voltage and a certified stabilized power conversion efficiency of 29.3 percent—one of the highest efficiencies for perovskite-silicon tandem cells, Liu says.

“Considering that the best efficiency is 26.7 percent for mainstream crystalline silicon-based single-junction cells, this innovative technology could bring considerable performance gains without adding to the cost of fabrication,” Liu says.